Could Donna Noble Return for Doctor Who’s 60th Anniversary? “No One’s Been in Touch”, Says Tate Could Donna Noble return for Doctor Who‘s 60th anniversary? It seems that, if that does happen, actor Catherine Tate either doesn’t know about it yet or wouldn’t ruin the surprise!

In an appearance on the popular BBC1 magazine show, The One Show, Tate was asked if she was coming back. She replied:

I think ‘if you’ve got the money, I’ve got the time’ is a Glen Campbell song, isn’t it? Or it’s at least something you overhear in the more salubrious areas of Amsterdam.

Of course, companions (and Doctors) are regularly asked if they’re coming back; this time is a bit different, however, as former showrunner Russell T Davies is the showrunner again. Might be bring back a much-loved previous companion? Donna is a great candidate, even just reprising her role as part of a multi-Doctor story.

If any Doctor Who showrunner has Tate’s phone number, it’s Davies!

And David Tennant’s name has long been banded around, with numerous media outlets positing that he’ll return as the Tenth — or even the Fourteenth — Doctor.

Catherine has already proved her intention to return after leaving Doctor Who at the conclusion of Series 4; she came back for Tennant’s last regular appearance in The End of Time.

But we’ll have a while to wait to find out who, if anyone, is returning for the 60th anniversary. Doctor Who celebrates this big milestone in November 2023.

Could Donna Noble Return for Doctor Who’s 60th Anniversary? “No One’s Been in Touch”, Says Tate 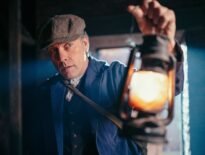 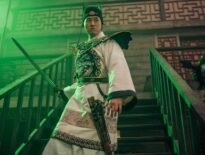