Looking for a Christmas present for a youngster in your family? Candy Jar might have the very thing: a new picture book illustrated by Amelia Hatt, the great-granddaughter of Mervyn Haisman.

A Monster Stole My Lunch Box is written by Tom Dexter, whose previous books include The Analysis Bureau and various instalments in the Lethbridge-Stewart and Lucy Wilson ranges, and it’s drawn by 17-year-old Amelia.

Hannah Hatt, custodian of the Haisman Estate and mother of Amelia, said:

“Many of you know that my grandfather Mervyn Haisman was a bit of a writer, but like his father and grandfather, he was also an artist. The artistic genes may have skipped a few generations, but I am so unbelievably proud that Amelia has officially been passed the baton.”

Mervyn, of course, wrote several Doctor Who stories with Henry Lincoln, including creating the Yeti and the Great Intelligence for The Abominable Snowmen.

“I was chatting with Hannah about other Candy Jar projects and when she mentioned that her daughter Amelia was an artist I suggested for her to send us some examples. I was really blown away by the creativity and thought that Amelia put into each picture, especially given her inexperience. I contacted Tom straight away and, with his blessing, I asked Amelia to get cracking on the book. I did not regret it.”

“Amelia’s style really has complemented my story perfectly. She has a marvellous future ahead of her, and it’s been a thrill to work alongside her to make the idea become a reality.”

A Monster Stole My Lunch Box is actually one of Tom’s long-term passion projects. He continues:

“The story comes from a childhood spent watching The Addams Family and The Munsters, and reading comics like Shiver & Shake and Monster Fun. It’s an affectionate nod, and an attempt to give a hint of the unique kind of humour they represented. Not every child wants fairies and elves. Some of them love the fact there’s a monster lurking under the bed in the shadows, and this is for them!”

The book tells the story of a girl who has her lunch box stolen by a sneaky monster, only to discover that her lunch box has been taken to a strange building opposite her school. When she enters this building she realises that it’s another school, where the pupils and teachers are not what they seem.

Like all aspiring artists, Amelia has worked incredibly hard to develop her creative skills. Despite this, she completely understands that the industry is competitive, and was really pleased to be given the chance to illustrate her first picture book. She says:

“It was a total shock. I understand that the art industry is somewhat unforgiving at times. I am eternally grateful for the opportunity. It’s my dream to become an illustrator as I would like to encourage children of all ages to pursue their dreams too.”

Hannah has the final word:

“I would like to thank Tom Dexter and Candy Jar from the bottom of my heart in believing in Amelia’s talent and helping her to achieve her goal in life.”

Rather lovely, don’t you think?

A Monster Stole My Lunch Box is available to pre-order now. 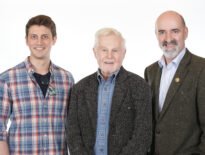 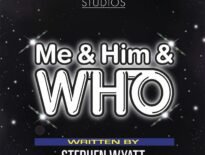