A decade after Professor Yana featured in Utopia (2007), producer Scott Handcock launched the audio range exploring the Master’s Time War exploits. But we’re about to reach the end of that first chapter, as Scott hands over the reins to Robert Valentine.

So what’s next for Scott? He’s the new Script Editor on TV Doctor Who, under showrunner, Russell T Davies!

But before that, the War Master faces Solitary Confinement in June 2023, Rogue Encounters in December 2023, and finally, Future Phantoms, in December 2024.

Scott Handcock is the Script Editor, Producer, and Director of these trio of sets, and said:

“I’ve absolutely loved bringing the War Master back to life at Big Finish. Not only do I love the character, but the opportunity to work with Derek Jacobi has been a highlight of my career. We’ve thrown him into so many strange and varied situations… and we’ve a great many more to come!

“Not only have I recorded three more box sets with Derek, showcasing even more sides to his brilliant Master, but the fantastic Rob Valentine will be stepping in to continue his adventures beyond that. Long live the Master!”

Solitary Confinement, Rogue Encounters, and Future Phantoms now available to pre-order for £24.99 each (as 4-disc CD box sets plus download) or £19.99 each (download only), exclusively from Big Finish. Alternatively, you can pre-order all three box sets in a bundle from £58.

All those prices include the special pre-order discount and are subject to change after general release. 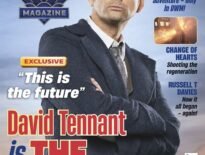 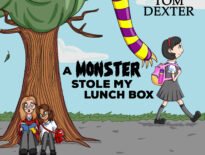