John Barrowman returns as Captain Jack Harkness for the 50th monthly Torchwood audio release from Big Finish – and David Tennant is set to co-star as the Tenth Doctor!

Yep, Absent Friends reunites Barrowman with Tennant, as they reprise their iconic TV roles to celebrate the 15th anniversary of the Doctor Who spin-off.

On a dark and stormy night in Cardiff, the city is in danger, and the Doctor’s put himself in charge of Torchwood in order to save it.

In a sealed recording studio, the voices of the dead have been playing for 17 years. Was it the project of a madman, or is this the site of something terrible?

Torchwood has been hunting for the Doctor since 1879. And now they’ve found him. They may regret it.

“Fans have been asking for this for a long time. Now that it’s okay and it’s been cleared, it’s great to have him on board. There’s an interesting dynamic going on here because Jack still wants to follow him but yet wants to impress on him that he’s still the leader.”

“Because this isn’t a Doctor Who story, the Doctor doesn’t have to be ahead of everything and saving the day. What’s interesting about this story – from the Doctor’s point of view – is he sort of messes up. It’s a story about the Doctor being a bit imperfect which is nice to see now and again actually.”

Torchwood: Absent Friends also stars Gareth David-Lloyd as Ianto Jones and is now available to pre-order as a CD at £10.99 or as a download from the Big Finish website at £8.99. It’s released in May 2021.

Or you can save money by pre-ordering a bundle of stories. A six-release bundle is £60 on CD or £50 on download – or save even more money by ordering all twelve of the latest Torchwood releases together at £110 on CD or £94 on download. 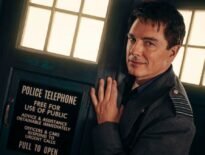 News What Did You Think of Doctor Who: Revolution of th… 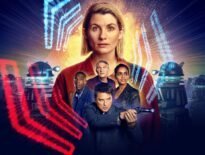