UNIT is back, marking a brand-new era for the UNified Intelligence Taskforce and the beginning of a new four-box-set arc of adventures, UNIT: Nemesis, for Big Finish.

Prepare to meet enemies ancient and modern in these full-cast audio dramas – including the Ice Warriors, in a tale which sees UNIT encounter the military Martians for the first time.

Here’s the synopsis for UNIT: Nemesis Volume One, due out in November 2021:

An ancient artefact, a stone arch anachronistically imbedded with electronic circuitry, is recovered following a rupture in an undersea stretch of the Mull lava group in North West Scotland, a geological feature dating from tens of millions of years ago.

“UNIT: Nemesis is like UNIT’s version of Avengers: Assemble! UNIT UK and UNIT Australia join forces in an encounter with the Ice Warriors. Meanwhile, as usual, UNIT is investigating the unexpected… On a submersible off the west coast of Scotland, marine biologist Professor Adam Merchant discovers a large stone arch, which has apparently been buried for millions of years. Where has this mysterious arch come from? And where does it lead to? UNIT is on the case! Unfortunately, someone else is too…”

“A new start, a new era for UNIT – and the beginning of a sixteen-part epic that will see the return of a number of popular monsters. But what is young Harry Sullivan doing here in the 20th Century? And who is his colleague Naomi Cross? UNIT: Nemesis is an important piece of a jigsaw puzzle that has been planned for some time, and a storyline that will last over the coming years.”

UNIT: Nemesis Volume One is now available to pre-order as a CD (for just £24.99) or a digital download (for just £19.99) exclusively from the Big Finish website. Or you can save money by pre-ordering the bundle, containing all four volumes in the UNIT: Nemesis series, for £88 (on CD) or £79 (as a download). 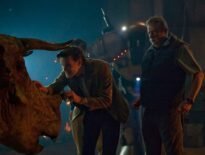 News Join in on the Next Doctor Who Lockdown Rewatch Th… 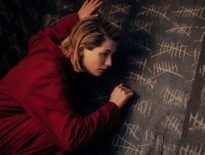