Big Finish has been serving a fine palette of treats for fans since their inception in 1996, but I think it’s fair to say their offerings have never been stronger.
Their ranges have expanded exponentially and last year, new series titles like UNIT: Extinction, Torchwood, and The Diary of River Song were met with delight from listeners. Further exciting stories are of course coming this year – and these are just a few of the ones we really can’t wait for!

Short Trips: The Curse of the Fugue (APRIL) This month, Lucie Miller is back.
That’s hugely exciting. We’ve not heard a peep out of Sheridan Smith’s brilliant companion since 2011’s To the Death, and we began to think that might be it. Fortunately, we were wrong. Because it’s a Short Trips title, we won’t be hearing her interact with Paul McGann as the Eighth Doctor, but she’ll still be the gobby but smart character we instantly fell in love with back in 2007.
That’s right: it’s been almost ten years since Miller was heaped onto the Doctor in Blood of the Daleks. “I remember how an understandably grumpy Lucie Miller first found her feet in the TARDIS and how she grew through her travels,” says Curse of the Fugue scribe, Alice Cavander. “She stole my heart as she revealed her vulnerability, warmth and grit, finding new purpose alongside the Doctor, so I wanted to touch on those qualities again.”
Lucie will return for another Short Trips tale next year. And look out for our exclusive interview with range producer, Ian Atkins who says Lucie was top of his “most wanted” list.

Nightshade is the first of three titles in the Novel Adaptations range announced for this year, and once again features one of the best TARDIS teams: Sylvester McCoy’s Seventh Doctor and Sophie Aldred as Ace.
Adapted for Big Finish by Kyle C Szikor, the original 1992 book was written by Mark Gatiss (The Idiot’s Lantern; The Crimson Horror), the eighth in the Virgin New Adventures range. It’s a chance for Sylvester and Sophie to explore a different side of their relationship, with the Doctor seemingly helpless against the vicious Sentience, and planning his own retirement. In the novel, Gatiss makes reference to a Mr Pemberton and a Dr Shearsmith – named after his League of Gentlemen pals, Steve Pemberton (Silence in the Library/ Forest of the Dead) and Reece Shearsmith (Sleep No More).
Carole Ann Ford also returns as Susan, and the release makes us question whether an adaptation of Lungbarrow will be on the cards…

The Tenth Doctor Adventures (MAY) It’s been a long time coming, but the Tenth Doctor and Donna Noble return this May – and we cannot wait. The announcement of Big Finish’s license extension to include so-called ‘Nu­Who‘ was massively exciting, certainly because the prospect of stories with the Ninth, Tenth, and Eleventh Doctors (not forgetting the War Doctor, of course). And here it is: David Tennant has come back to the role that earned him international fame.
Across three stories – Technophobia, Time Reaver, and Death and the Queen – Tennant is joined by Catherine Tate and a whole host of names familiar to Doctor Who fans: Niky Wardley (The Five(Ish) Doctors Reboot), aka Big Finish companion Tamsin Drew; Terry Molly, best known for playing Davros but for this audio release, he’s Rone; Rachael Stirling (The Crimson Horror); Chook Sibtain (The Waters of Mars); Dan Starkey, who played Strax on TV and various Sontarans otherwise; and Beth Chalmers, who’s voiced various characters for Big Finish in the past, but notably the Seventh Doctor’s companion, Raine Creevey.
The three CDs are available separately or together in a Limited Edition boxset, exclusively from the audio company. 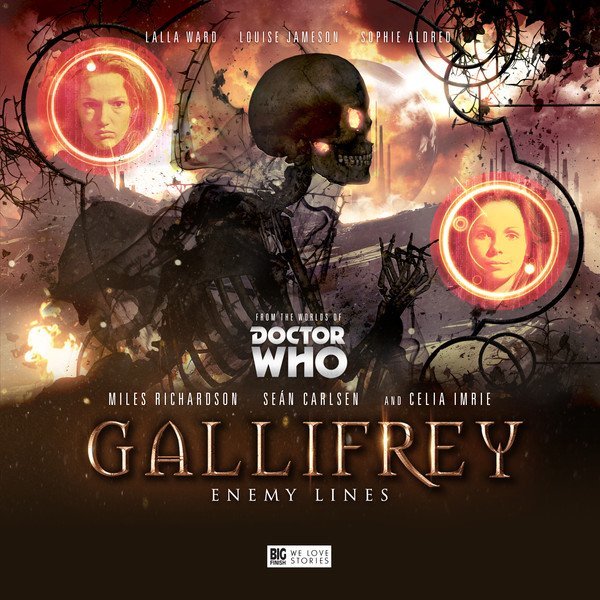 Six brand-new episodes are collected together in this upcoming three-disc set with a stunning cast. It’s headed by Lalla Ward as Romanadvoratrelundar, President of Gallifrey, across two time zones: in her future, she plans to save her people, even if that means sacrificing her friends; in her past, she mulls over sacrificing herself.
Lalla is joined by Louise Jameson as Leela, and Sophie Aldred as Ace, and with war approaching, this is expected to be an immensely exciting – and ominous – boxset. The Gallifrey series is now 12 years’ old, and fans have had to wait over a year since the last release, Intervention Earth, but we’re sure writer, David Llewellyn has something very special planned.
Enemy Lines also sees the return of Seán Carlsenas as Narvin, and Miles Richardson as Braxiate, while The Bells of St. John‘s Celia Imrie joins the cast as Livia.

Short Trips: This Sporting Life (MAY) 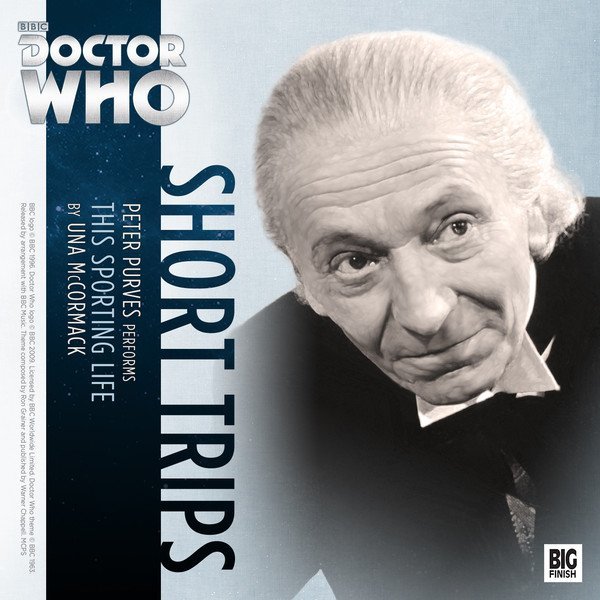 In 1963, William Hartnell was “Dad” Johnson in the feature film, This Sporting Life. It was this movie that brought him to the attention of Verity Lambert. This audio story isn’t that film. Instead, it’s a clever reference guaranteed to satisfy a certain type of fan, myself included.
We love the Short Trips range here at DWC: they’re a neat idea that carries on a much-loved range, giving us a chance to relive each Doctor’s era from the point of view of the companion.
For May’s download-only story (written by Una McCormack and directed by Lisa Bowerman), that companion is Peter Purves as Steven Taylor: with the TARDIS landing amidst World Cup fever in 1966, This Sporting Life should feel patriotic and nostalgic. It sounds like a fun adventure in the style of The Romans, and that, ladies and gentlemen, is very, very good news. Something to sink your teeth into. No? Fine.
Big Finish’s classic novel adaptations are always something special. Just listen to Frankenstein, with Arthur Darvill and Nick Briggs, or The Martian Chronicles starring Derek Jaconi and Hayley Atwell.
Of course, there are already so many interpretations of Bram Stoker’s Dracula, but we’re certain this release will offer something new. Why? Because Mark Gatiss plays the lead role; his fascination and genuine love for horror should make this a thoroughly chilling three-hour story. Adapted by Jonathan Barnes (Revenge of the Swarm; The Waters of Amsterdam), the audio also stars Katy Manning (who played the Third Doctor’s companion, Jo Grant), Ian Hallard (Robot of Sherwood), and Joseph Kloska (Happy-Go-Lucky).
Come back tomorrow, when we’ll be previewing a few exciting titles to be released between June and September 2016…

by Philip Bates time to read: 4 min
Features 14 Big Finish Releases to Look Forward to in 2016 …
Features Beginning with a Big Finish: Memories Of 1999
2
%d bloggers like this: