Since their first release in 1999, Big Finish’s schedule has expanded exponentially. We’ve now got Doctors Four, Five, Six, Seven, Eight, and Ten on audio, plus of course John Hurt’s War Doctor. We can listen to how the Ninth and Tenth Doctors helped out Churchill, and hear the likes of Peter Purves, Frazer Hines, and Katy Manning with their respective Doctors.
2016 isn’t letting up that considerable pace. Yesterday, we took a look at a few titles being released in April and May, and today, we’re gazing a little further into the future… 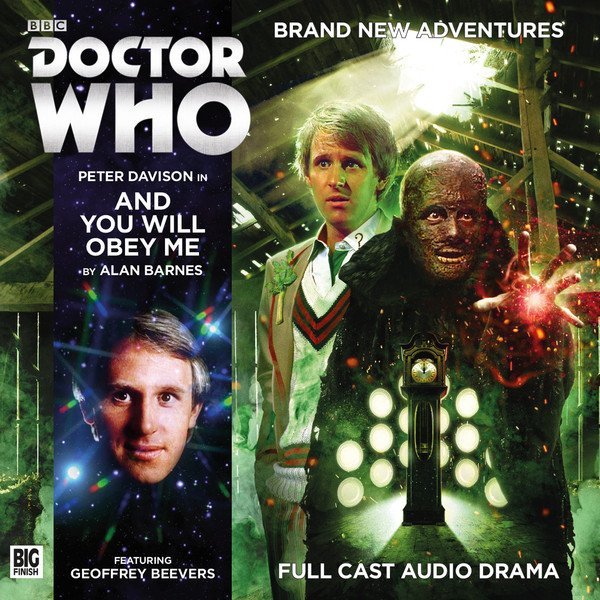 This year, the Master celebrates his 45th anniversary, but it’s looking unlikely he’ll get a celebratory appearance on TV. Fortunately, Big Finish is here to help anyone suffering from a serious lack of evil genius.
The story actually begins this month with And You Will Obey Me, and continues in Vampire of the Mind – but these culminate in the real event: The Two Masters. Yep, that rebellious Time Lord is finally meeting up with himself. Presumably, he was envious that time there were numerous Doctors knocking about the Death Zone on Gallifrey.
In fact, one of these Masters, played by Geoffrey Beevers, comes from a time before The Five Doctors; he’s paired with Alex Macqueen’s Master… and the Seventh Doctor! The three of them must stop the end of everything. We’re sure it’ll go swimmingly.

The Companion Chronicles: The Second Doctor Volume One (JUNE) 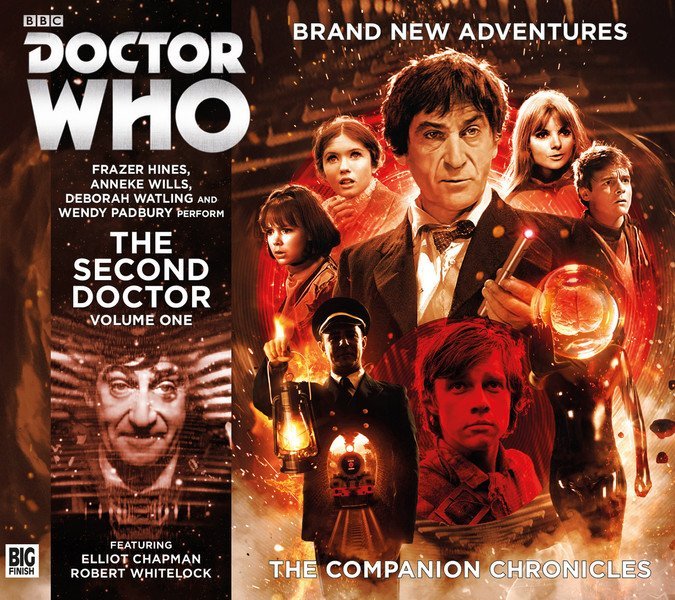 This first boxset of Second Doctor stories in the Early Adventures range looks to really encapsulate Patrick Troughton’s time in charge of the TARDIS. The four stories included are snapshots in the Second Doctor’s life, read by all his companions: Frazer Hines as Jamie McCrimmon, Anneke Wills as Polly Wright, Deborah Watling as Victoria Waterfield, and Wendy Padbury as Zoe Heriot.
They’re joined by Elliot Chapman who reprises his role as Ben Jackson, originally played by the late, great Michael Craze.
The Mouthless Dead by John Pritchard, The Story of Extinction by Ian Atkins, The Edge by Rob Nisbet, and a still-to-be-announced story will transport all listeners back to the late 1960s, a cherished time for Doctor Who. 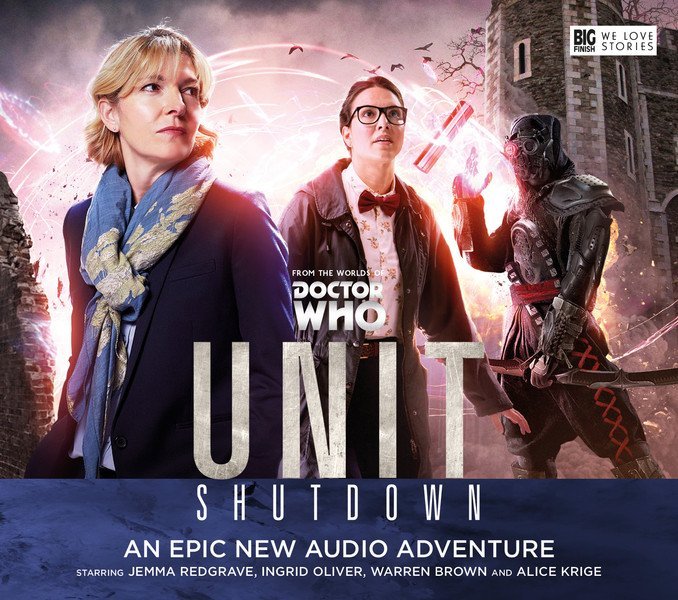 November 2015’s UNIT: Extinction was rightly met with a very warm reception, and the team behind it are bringing us a long-awaited follow-up: Shutdown.
Matt Fitton (The Wrong Doctors) and Andrew Smith (Full Circle) are back on writing duties, with four stories – Power Cell, Death in Geneva, The Battle of the Tower, and Ice Station Alpha – charting Kate Stewart and Osgood’s fight against the Tengobushi. “Fast as lightning, these alien assassins will provide a brand new mystery for UNIT to solve,” says producer David Richardson, “and, over the course of four episodes, take the world to the brink of destruction…”
Accompanying Jemma Redgrave and Ingrid Oliver, the set features further returning voices: Warren Brown (Luther) as Sam Bishop, and James Joyce (The Musketeers) as Captain Josh Carter. 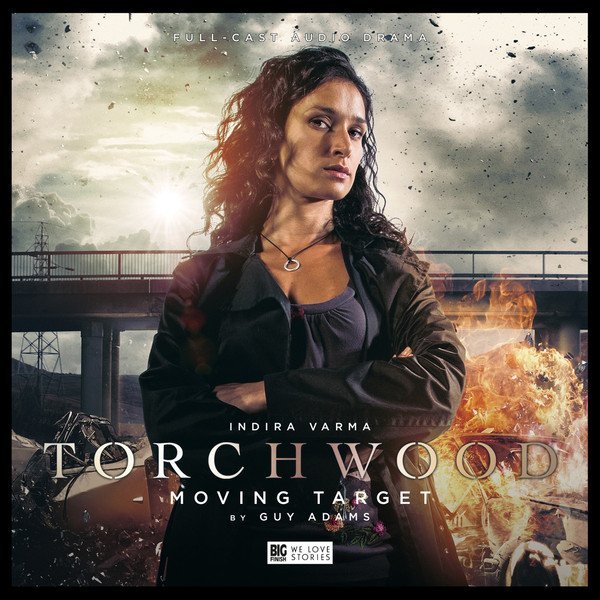 With appearances in Luther, Game of Thrones, and Silk, we’re used to seeing the captivating Indira Varma on our screens.  But remember how sad it was to see Suzie Costello shot dead in the very first episode of Torchwood, Everything Changes? She’s back.
Guy Adams brings us a story that sounds so captivating, we really wish June would hurry up. Cardiff has stopped: the rain, the traffic, the people. Only one person is free to move around, and she has to stop a vicious alien invasion. No prizes for guessing who.
Torchwood has been a great range so far, and this second series promises some really cool additions, including Captain Jack in the Victorian Age, the return of Toshiko Sato, and the promise of another returning cast member. 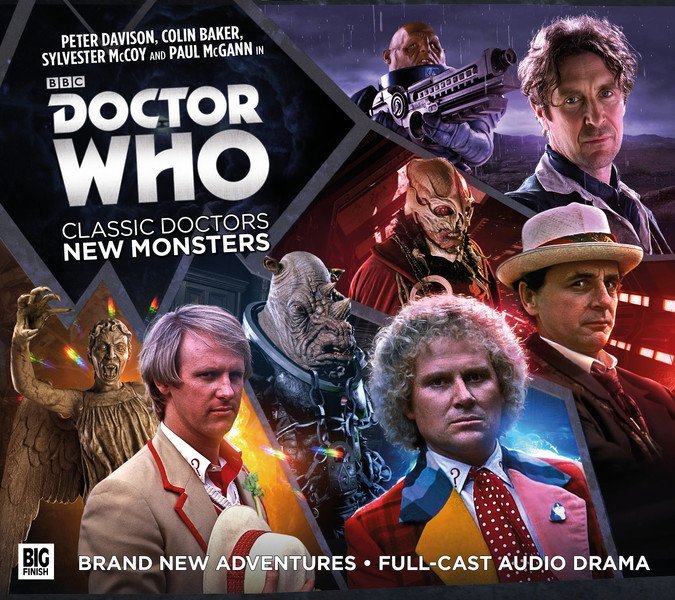 We were massively excited when Big Finish revealed they’ve the license to cover anything up to and including The Time of the Doctor. They promised wondrous things, including The Diary of River Song, The War Doctor, and UNIT. But the possibility of Classic Doctors meeting monsters introduced since 2005 is something that really got us excited!
This four-story boxset sees Colin Baker’s Sixth Doctor with the Judoon, Sylvester McCoy’s Seventh Doctor up against the Sycorax, and Paul McGann’s Eighth Doctor against the Sontarans, as played by Christopher Ryan (The Sontaran Stratagem/ The Poison Sky) and Dan Starkey (aka Strax). Perhaps most intriguing, however, is Peter Davison’s Fifth Doctor meeting the Weeping Angels. How will that predominantly silent race be achieved on audio?
We’ve waited a long time for this release, but it’ll be worth it. And with a sequel already announced, which further new monsters would you like to see fighting Classic Time Lords? My vote goes to the Silence. 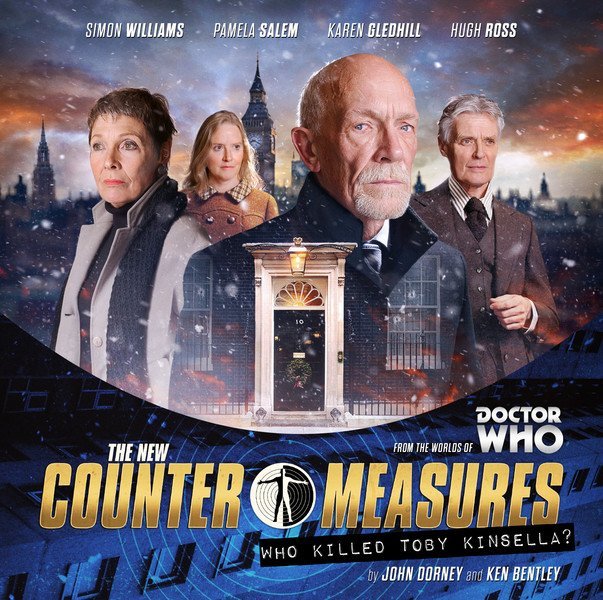 Very little is known about this special tale, apart from the fact it follows up on the surprising events of last year’s Counter Measures Series 4 set. If you’re unfamiliar with the range, it focuses on the Intrusion Counter-Measures Group, a UNIT-esque taskforce first introduced in one of the Seventh Doctor’s most-loved adventures, Remembrance of the Daleks (1988).
Not only will it be great to hear more from Simon Williams (Group Captain Gilmore), Pamela Salem (Rachel Jenson), Karen Gledhill (Allison Williams), and Hugh Ross (Sir Toby Kinsella), but this two-CD release also carves out a new era for the range, leading into December’s The New Counter-Measures Series 1. 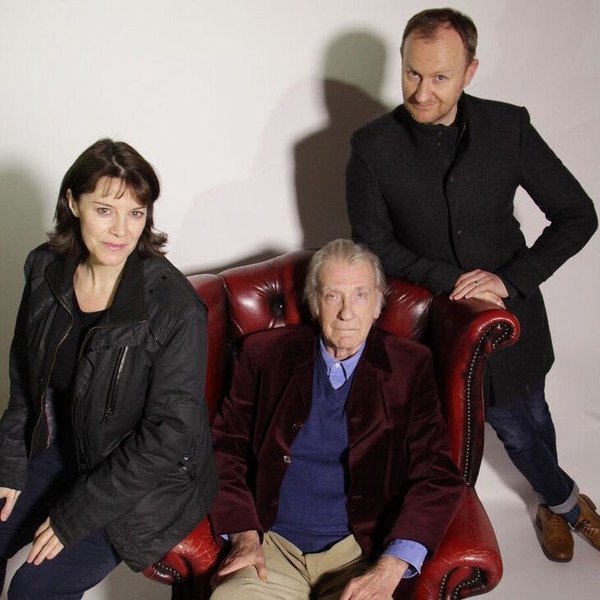 This upcoming boxset feels like a true gift to anyone who wants to wallow in Big Finish nostalgia: not only is Professor Bernice Summerfield (Lisa Bowerman) back, but so is the Unbound universe – in the shape of David Warner (Cold War) as the Doctor!
The Unbound range envisions alternate takes on our favourite Time Lord: a fun experiment by an audio company dedicated to pleasing all corners of fandom. Many have thought Warner would be a great Doctor, and titles like Sympathy for the Devil proved they were right. Unbelievably, the last Unbound story was Masters of War all the way back in 2008.
This four-story release – written by Guy Adams, James Goss, Una McCormack, and Emma Reeves – finally returns to that parallel universe, courtesy of a reluctant Benny!


Want to know something really awesome? Tony Jones, he of Red Rocket Rising fame – who also contributes to the Doctor Who Companion – has written this Fifth Doctor downloadable story! Tony’s a fantastic writer and a really nice guy, so we were chuffed to bits to see him alongside Nicola Bryant and Dan Starkey on Big Finish’s Facebook page.
Bryant reads both Tony’s The Rulebook and the Sixth Doctor adventure, The Authentic Experience, written by Starkey.
The tales were recorded on 26th February and so it’s too early to tease any story details from Tony (we’ve tried – we even offered him jelly babies). We’re not even sure when it’ll be released, but our money/jelly babies are on September…
Naturally, this is just a small taste of what’s to come. The tip of the iceberg, if you will.
What other releases from Big Finish are you looking forward to this year and beyond…?

by Philip Bates time to read: 5 min
Features What Do You Want To See in Series 10?
Features 14 Big Finish Releases to Look Forward to in 2016 …
6
%d bloggers like this: