A big announcement is being made on live TV. There have been plenty of rumours flying around and the speculation is driving everyone and their pet monkey crazy! The revelation (of the Daleks) will be made any second now and will be watched by an estimated 92.68 million people and that bloke down the road who smells of fish and chips.

You, dear reader, have been chosen as the brand spanking new show runner of Doctor Who and you get to decide exactly what goes on in the life of your favourite Time Lord and his travelling blue box! About ruddy time, you think to yourself as you rifle through the reams of paper with ‘Bring back David Tennant’ and ‘Did Adric really die in Earthshock?’ scrawled all over them. Your time is now!

Now, wouldn’t that be nice? I am absolutely certain that if the Doctor Who community were given this kind of power, the opportunity would not go to waste. Alas, it’s going to be some time before someone gets that chance with Steven Moffat in the job for another season and Chris Chibnall confirmed as his successor. But this minor hindrance certainly doesn’t stop you from coming up with your own ideas about what will appear in the next season.

Despite the fact that we are a long way from the next run with the tenth series of Doctor Who not scheduled to air until 2017, the Doctor’s absence from our screens hasn’t stopped us fans thinking about what we’d like to see in Series 10! The Radio Times recently asked its readers what they would like to see in the next series and there certainly wasn’t a lack of imagination, nor were some of the suggestions anything we hadn’t heard before.

The Return of Companions Past

Now, a large focus is being set on possible companions as we are currently yet to know the identity of the new TARDIS traveller. However, many seem to think that the return of a previous companion would be a good idea.

Since the return of classic companion Sarah Jane Smith in the new series episode School Reunion and her recurring appearance in Doctor Who, coupled with the popular spin-off series, The Sarah Jane Adventures, there is certainly precedent for the return of a companion being favoured by fans. Even when companions make a brief appearance as in The End of Time, there was a lot of love for their brief moments on screen. The question is: Who could be the next companion given a second term, no matter how brief, in the marvellous travelling machine? Indeed, which of the old guard would be a popular choice?

Of course, everyone has their favourite companion and long to see them return as soon as they’ve left. My goodness, I’ve already seen some calling for the return of Clara. Give her a chance. She’s barely crossed the threshold on her way out yet. 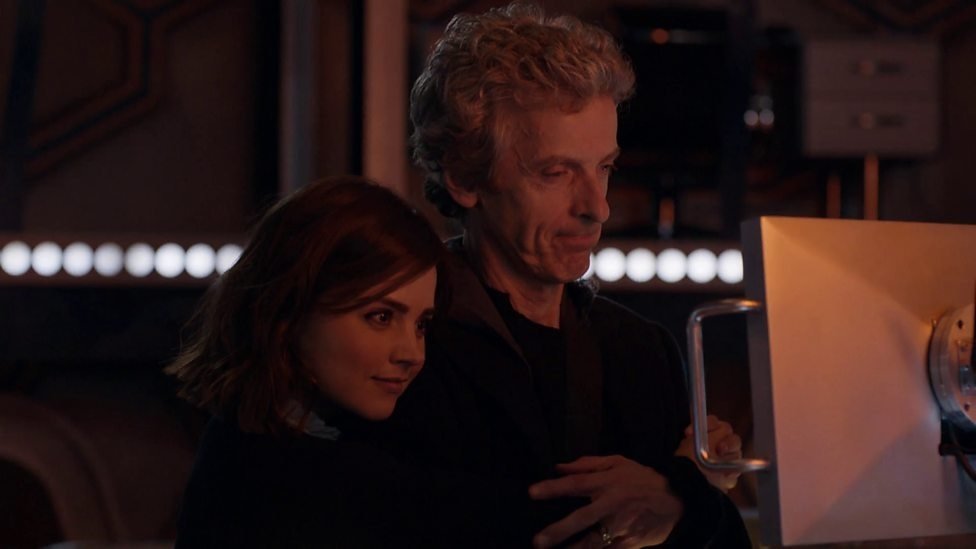 From the new series, River Song and Donna Noble are always mentioned when the speculation about the return of a companion begins doing the rounds. I think Donna could be an interesting one to bring back purely because I think her chemistry with 12 would be interesting to explore, but I, for one, think that the magic that the Tenth Doctor and Donna storyline had should never be overwritten. And for anyone who wants more stories with Donna, she and the Doctor are reuniting in new stories to be released by Big Finish in May 2016 called The Tenth Doctor Adventures.

I hasten to say that River Song was literally just in the last Christmas episode, The Husbands of River Song, and now that she finally appeared alongside Peter Capaldi, I wouldn’t put it past Moffat to give her another story in his final season. It might not happen but then again I remember when Moffat said that the Daleks were going on a break and then they came back in the next series.

Captain Jack and Jenny are also amongst the most popular characters to return to Doctor Who. Now, I wholeheartedly agree with the return of Captain Jack and that’s not just because it will mean the return of John Barrowman. Although that is always a perk. I think Captain Jack should return because there are so many avenues to explore. For instance: How will he and the Twelfth Doctor get along? A lot has happened since the Doctor and Jack last met and their reunion would certainly be quite something to behold. There are also countless unanswered questions regarding the Captain’s past which have a great deal to do with how we have come to know him over the years. In The Doctor Dances, Jack says that he doesn’t blame the Doctor for not trusting him. When he worked as a Time Agent, he woke one morning with two years of his life completely gone. Stolen by the Time Agency and he doesn’t know what he did during that time, but regrets anything that he may or may not have done. A lot was revealed in Torchwood and I am certain that there are plenty more revelations due in the new Torchwood audios that have been coming out since September 2015. Just as Steven Moffat brought the character of Captain Jack Harkness to our attention, I think that the character deserves one more episode in the mother series alongside the man who changed his life and the course of the series for good. 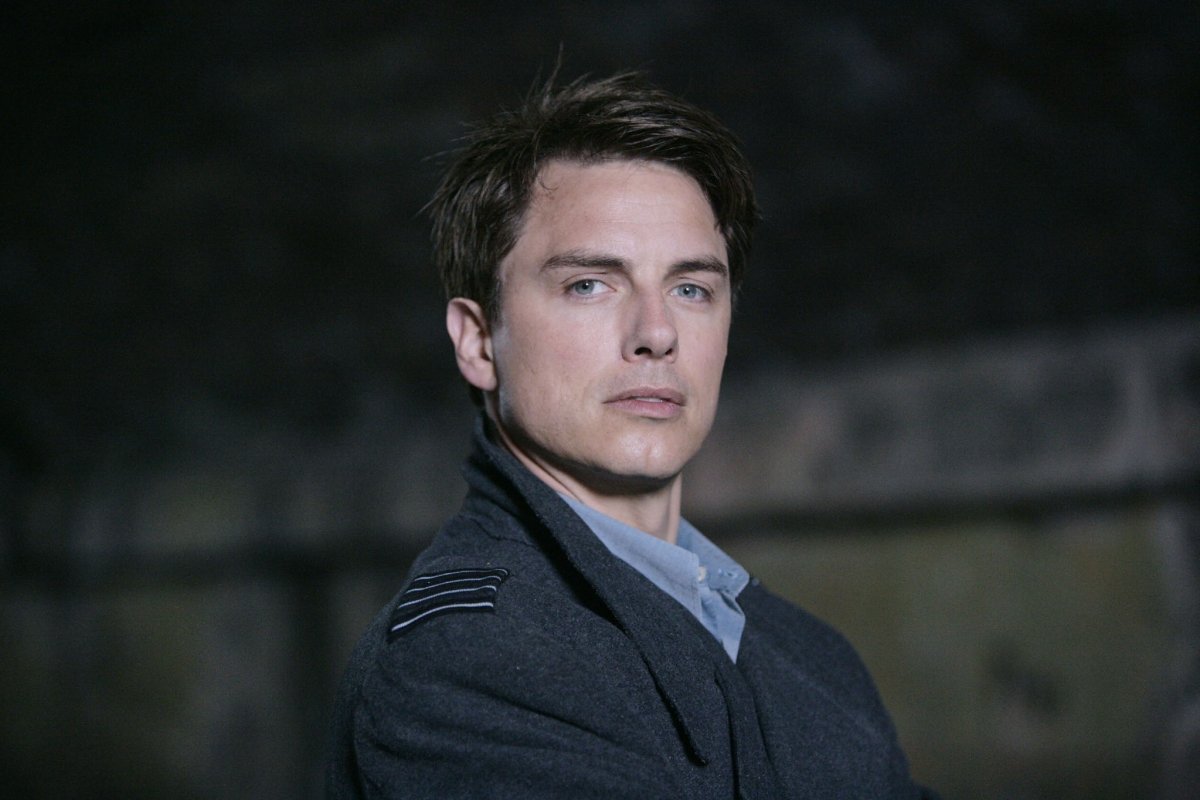 Disclaimer: These are not the thoughts of all those who write for this website. They are completely my own opinions. You could agree or disagree with everything I say, but remember they’re opinions!

I think as long as the new companion is completely different to Clara then we can’t go wrong. I personally became rather bored with the character and thought that the best thing that happened to her was her death at the end of Face the Raven. Before you jump on me, I thought that was a great moment, not just because it got rid of her, but also because of the impact her death had on the Doctor. In Doctor Who, killing someone and especially someone who has played a key role for a number of years is an incredibly brave thing for the show to do. It demonstrates a conviction to storytelling that shows people are not safe even when the Doctors around.

When she was brought back in Hell Bent, I couldn’t help but see her as another example of Moffat reluctance to make a concrete decision. Some have criticised the Moffat era as being too confusing and quite complicated. I think this is because so many things are in flux and so many questions left unanswered that Moffat just expects the audience to accept or just know. Not all people who watch Doctor Who have watched the back catalogue and not all watch the series religiously. People have found it increasingly difficult to just dip in and out of the series and that in itself has turned people away.

If we take Hell Bent as an example, we have to consider how that leaves the Doctor and what it means to the audience. Despite the fact that as of the final episode the Doctor cannot remember Clara and their time together, including their time on Gallifrey, or at the very least he only knows it as a sad story, there are an awful lot of important things that happened on Gallifrey that must be taken into account.

For one thing, Gallifrey is back. How? Why? Where? We don’t know but it’s here whether we like it or not. The home of the Time Lords which has been within touching distance for so long has finally materialised and brings a lot of issues with it. One concern is that Rassilon is out in the universe somewhere ready to wreak havoc on the universe and more specifically on the Doctor. Furthermore, the Doctor’s time on Gallifrey was anything but quiet. The main event, for me anyway, was the killing of the General. Whilst some argue that when the Doctor asked him how many regenerations he had left and knew that he would recover quickly due to being in the Capitol, the Doctor still shot and killed someone. Whilst he may not remember why he did it or even that he did it, this action must surely have some fallout.  The Doctor has always said that he despises guns and would love to never use one. In this episode, we saw the Doctor prepared to kill for what he wanted and I think that is terrifying and should certainly be explored in the next series.

Companions wise, I think we should perhaps have a proper male companion. There on his own merits and not just there are the boyfriend/partner/husband of the female companion. In the new series, there have been three men who have travelled in the TARDIS for more than one episode. Honorable mentions of course go to those like Wilfred Mott because…well, it’s Bernard Cribbins.

Otherwise we can only count Captain Jack Harkness, Mickey Smith and Rory Williams as companions from the new series who have travelled in time with the Doctor. The last two, no matter how they may have grown because of their travels and how well their story lines were written (with Mickey Smith being my personal favourite character arc in New Who) they were there, primarily, because of the female companion at the time, Rose and Amy respectively. Whereas, Captain Jack is there under his own merits. He may have been rescued by the Doctor and Rose before his ship exploded, but he was only in that situation so as to save those gathered around the Chula ambulance in The Doctor Dances.

This is an impossible question to answer because everyone has a different idea about what they would like to see. In my opinions, we just need someone totally different from Clara and also someone who doesn’t fit into the typical Moffat stereotype of women that we have sadly seen quite a lot over his time as show runner. That type where all female villains and companions are very much alike. But those issues are for another day and a much longer article….

I think so long as the Doctor is adventuring through time and space, finding new worlds and peoples to discover, then I think Doctor Who will be just fine. And now, we wait. Doctor Who will return for a special this Christmas and for its full season in 2017.

What would you like to see in series 10? With all this time between series, how do you think the show could benefit from this hiatus?

What Do You Want To See in Ser… 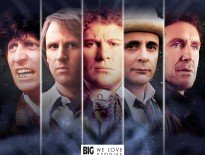 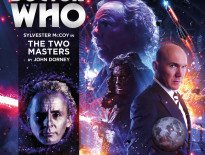