“Mr Sneed, for shame! How many more times? It’s ungodly!”

A lovely Welsh girl called Gwyneth said that a long time ago, aghast at the fact that ghosts seemed to be possessing corpses and were hot-trotting it around Victorian Cardiff.
And this made me wonder: is Doctor Who “ungodly”? With its core values falling back on science, and the show often depicting the Doctor as a messiah, it’s easy to see how some with deep religious beliefs may be horrified by its content. I went on a crusade of my own to find out more.
Let’s define “ungodly” as “not accepting God or a particular religious doctrine” (courtesy of dictionary.com – because the lives of writers are already too tough to actually pick up an actual dictionary).
In 1963, it would’ve been considered a controversial choice to air something on BBC1 that went against a certain religion, especially Christianity, but the production crew touched on the creation of the universe as early as February 1964 when the TARDIS was plunging towards the beginning of time in The Edge of Destruction.
The circumstances were revisited in the first Fifth Doctor tale, Castrovalva (1982) which once again saw the TARDIS in a state of panic, hurtling towards Event One, a “hydrogen inrush.” Add in the fact that The Runaway Bride (2006) showed us how gravity pulled rocks towards the Racnoss ship in order to form the Earth, and it’s pretty clear that Doctor Who doesn’t take a creationist approach to the universe. But that doesn’t make the show ungodly. While the majority of us have accepted the Big Bang, even though most don’t understand it, that doesn’t mean we’re without faith. We can conceive that hidden hands may pull the strings. That’s a sentiment that extends to Doctor Who, though it does fashion those “hidden hands” as creatures definitely not considered “Gods.”
Which figures can invisibly influence everything around us? The Time Lords immediately spring to mind. The Doctor’s own people certainly manipulated events, dropping their renegade Time Lord into whatever situation they deem fit to meddle in: they are seen to actively play God in Genesis of the Daleks (1975), instructing the Doctor to either avert the Daleks’ creation, find their weakness, or indeed, create their weakness by making them less aggressive.
Meanwhile, the Hand of Omega, seen in 1988’s Remembrance of the Daleks, is a stellar manipulator, capable of altering the state of stars, in one case forcing a sun to go supernova while another forces the collapse of stars into black holes – and granting the Gallifreyans the ability to travel in time.
Time Lords might be considered trans-dimensional beings, as are another notable race capable of universal manipulation: the Eternals.
Though they’ve been mentioned a number of times, the Eternals have only actually appeared in one storyline, Enlightenment (1983), in which they showed a disregard to “ephemerals” just as Time Lords (frequently mocking the Doctor’s companionship with humans) seem to. 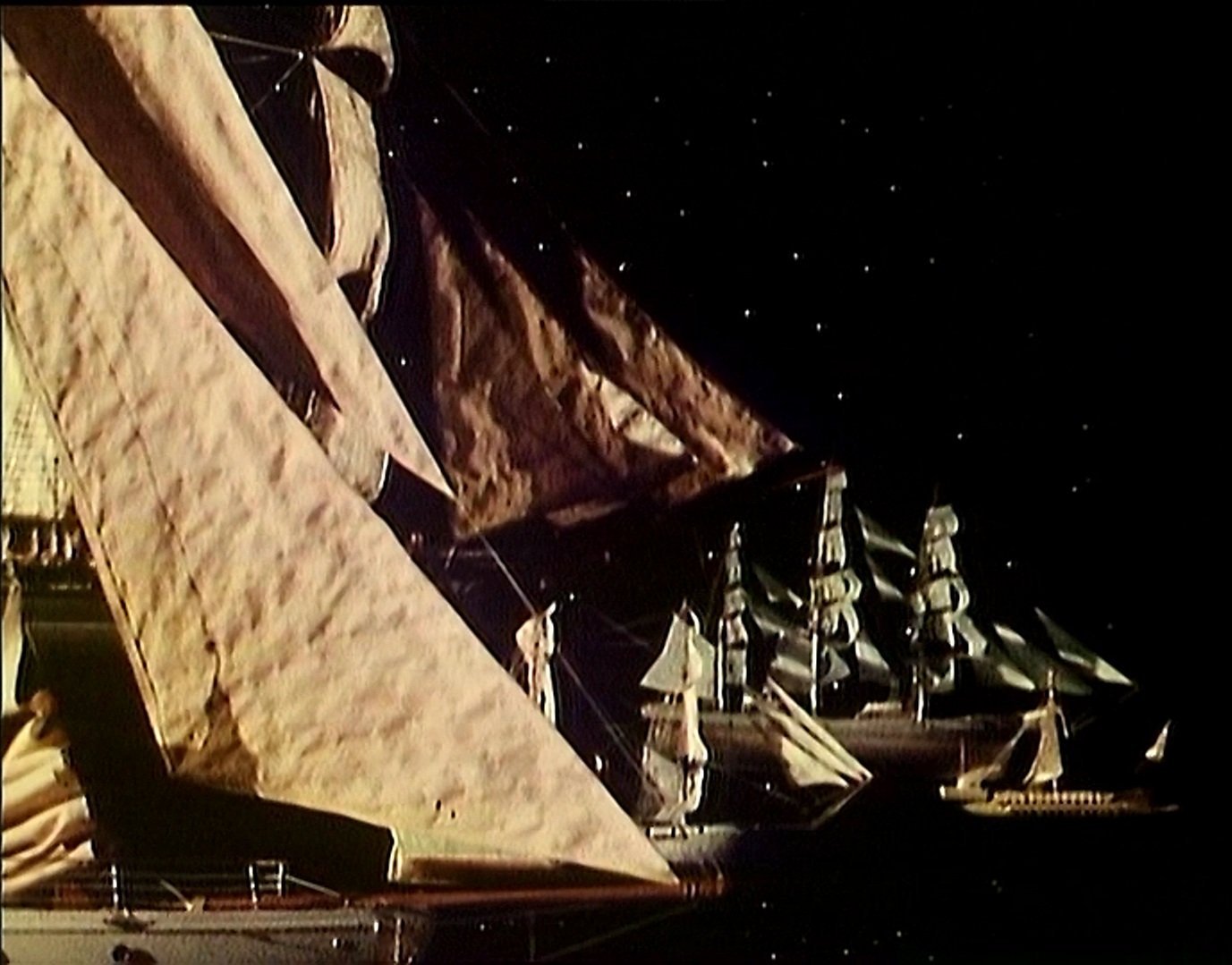 But even Eternals have superiors. As they play games to keep themselves entertained, the Eternals have great respect for the creators of the games, beings also seen in Enlightenment. The Guardians are as close to being Gods as anything else we see in Doctor Who, having some control over reality, including omniscience (or blinking omniscience, at least), telekinesis, and seemingly, the ability to hold back death. If we take into account the Past Doctor Adventures novels, they’re even called the “Six-Fold God”, arguably also encompassing the Celestial Toymaker.
They’re not quite omnipotent, however. The Black Guardian chooses Turlough to kill the Doctor, as if he cannot do it himself, while the White Guardians charges the Fourth Doctor and Romana with collecting the Key to Time. And it’s that artefact that the Guardians use to maintain the balance of the universe.
The Guardians may be God-like in power, but in The Satan Pit (2006), the Doctor admits he hasn’t met a creature who he believes is a God; instead, he claims he’s met “fake gods and bad gods and demi-gods and would-be gods”. The ranks of creatures worshipped as Gods include: Aggedor (The Curse of Peladon); The Old God (The Rings of Akhaten); Xoanon (The Face of Evil); Light (Ghost Light); Kroll (The Power of Kroll); and the Pyroviles (The Fires of Pompeii).
But these are all seen as superior simply due to their power or sheer otherworldliness, not because they were seen to have created anything.
More interesting are the aliens who have a genuine claim to Godliness, more often than not in a demonic fashion. The Dalek Emperor in The Parting of the Ways (2005) broke the mould, instilling a sense of blasphemy into his empire; he turned humans into Daleks, so he did create a new species, albeit using another as its foundation.
The Daemons, too, have influenced our thinking of the Devil; representations of evil come in all shapes and forms across the universe, but the imagery of the horned beast on our world, sometimes goat-like and in varying sizes, seem to stem from Azal and his kin and/or the Beast in the Satan Pit. Sutekh the Destroyer, from Pyramids of Mars (1975), is a prime example of the “God as an alien” conceit that Doctor Who falls back on quite frequently. Robert Joseph Grugeau, under the penname Robert Charroux, pioneered the ancient astronauts hypothesis with One Hundred Thousand Years of Man’s Unknown History (1963), an idea perpetuated by the works of Erich Von Däniken, notably Chariots of the Gods? These theorised that mankind’s development was heavily influenced by alien visitors to Earth.
I think it’s important, however, that the Doctor acknowledges that even he doesn’t think any of these aliens are the real deal. They’re pretenders to the crown. In The Satan Pit, he discusses his belief system, and I think it’s the same as many people’s: he believes he hasn’t seen anything – but that doesn’t dismiss the idea of a superior being or creator.
We can find the key to Doctor Who‘s attitude to faith in two rather extraordinary episodes.
Firstly, The Rings of Akhaten (2013) shows us how religion brings people together: it doesn’t matter whether they’re right or wrong because “it’s a nice story.” And then we must return to The Unquiet Dead (2005), which shows us the impossible when Gwyneth saves her new friends despite being dead. That’s what the Doctor searches for: new experiences, feeding his thirst for knowledge, and looking for the inexplicable.
The Doctor has seen so much, but Charles Dickens (paraphrasing William Shakespeare) points out that there’s always more: “There are more things in Heaven and Earth than are dreamt of in your philosophy. Even for you, Doctor.”
So no, Doctor Who doesn’t actively embrace any one doctrine, but it doesn’t reject them either. Because religion isn’t really about knowing the full truth; it’s about finding the story that’s truest to you. Is the subject matter of Doctor Who “ungodly”? Absolutely not.

by Philip Bates time to read: 5 min
Features #FollowFriday: Andrew-Mark Thompson
Features Doctor Who Could Learn A Lot From Torchwood About …
15
%d bloggers like this: