HBO’s Boardwalk Empire is an exasperating, often brilliant look at survival in an embryonic America, a nation still finding its identity as Prohibition kept its populous – in this case, the citizens of Atlantic City – under a strict moral code.
Yet, it wasn’t really about Prohibition. Much like The Wire, the show presented a country made up of individual systems of power competing against each other – and the self-serving, often contradictory, needs of their individual masters – Prohibition, depending on what side of the moral debate you stood, was simply the touch paper looking for a match from either profiteers or moral crusaders.
And yet again, underneath the legitimate institutions of power lay the underworld of gangsters, real life, often sickeningly violent gangsters, who were now needed in order to lubricate the parched throats of those denied a legal tipple and to line the pockets of anyone willing to tap this line of instant, fiercely defended power.
Much like David Simon’s epic (and it truly deserves that often overused term), the constant struggle to maintain power is seeped into every character’s pore like the cheap booze floated in across ocean that bears the city’s name.
The fact that this all passes as great change sweeps across the nation, galvanises this struggle. 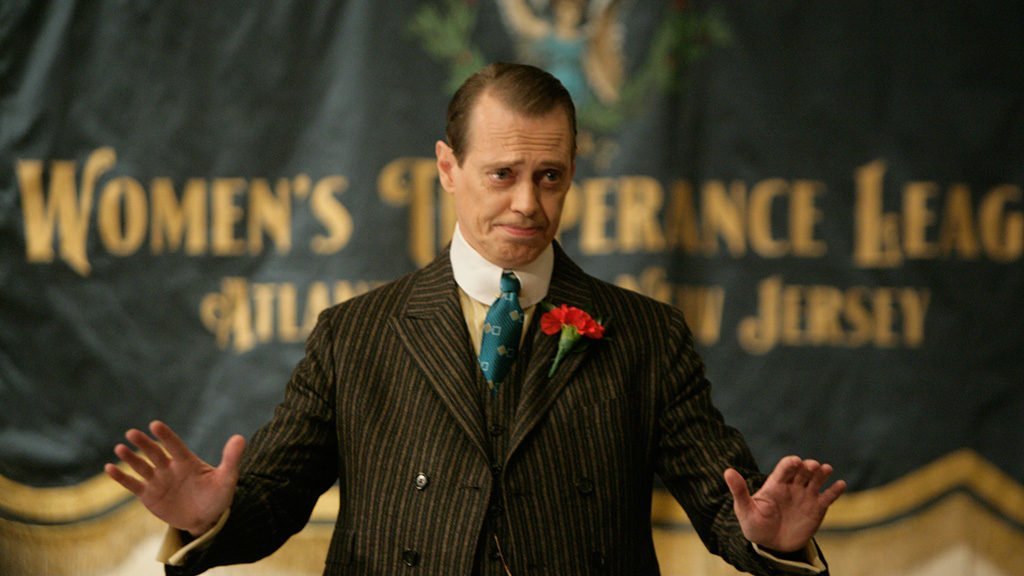 This novelistic approach to its subject matter is both the show’s strength and its obvious weakness.
The reason why we don’t hold it in the same esteem as we do Mad Men, Breaking Bad, or The Wire is because, from the very get go, it was all about the slow burn.
Boardwalk Empire wasn’t about instant gratification; it’s thrills weren’t immediate and, perhaps most damning, it sometimes wasn’t compelling – often when I watch the show, I let episodes build up on my Sky Box before indulging in season-long binge watch – it never really lent itself to immediate dissection or weekly serialisation because it kept its motives hidden; it was in it for the long haul.
That’s why often, when a season drew to a close, you could forgive it holding on to a very old fashion model of making television because those final episodes, where everything came into sudden, often mesmeric focus, you really couldn’t take your eyes away from it.
And that’s the real conundrum: it touched greatness but it could rarely keep it within its grasp. Yet here I am recommending that you watch it because, and this is the crux of it all, once you look beyond the pedigree, beyond the potential, beyond an idea of what the show should or could be, it was still fantastic television.

Its status a confounding, often brilliant, seemingly hidden gem goes against its rather loft pedigree.
Created by Terence Winter – who cut his dramatic teeth on The Sopranos – and boasting a pilot episode directed by Oscar winning director Martin Scorsese, which cost $18 million to make (and yes, it’s absolutely beautiful), the show always delivered outstanding performances, dialogue, and faultless production.
It seemed destined for greatness before it had even begun and it might seem pointless to indulge in a lot of nitpicking about what could have been, but this frustrating devotion to a traditional way of unfurling a story harmed it during its first few seasons.
Every show has a grace period, where, acclimatising to this new drama, audiences can, if they so choose to, give a show some leeway when it comes to bedding in new characters and themes. A recent example is BoJack Horseman: for its few episodes, it really struggled to break out of its animated sitcom brief and then, suddenly and miraculously, it turned into one of the saddest, most profound shows to come out of the Netflix stable.
Boardwalk Empire didn’t have one key moment that seemed to bring it into sharp relief because, even when we reached its explosive final few episodes, it didn’t seem to learn anything from the audience’s reaction – BoJack Horseman evolved into something that could consistently deliver great episodes, while Boardwalk Empire settled back into its rhythm and did its own thing. 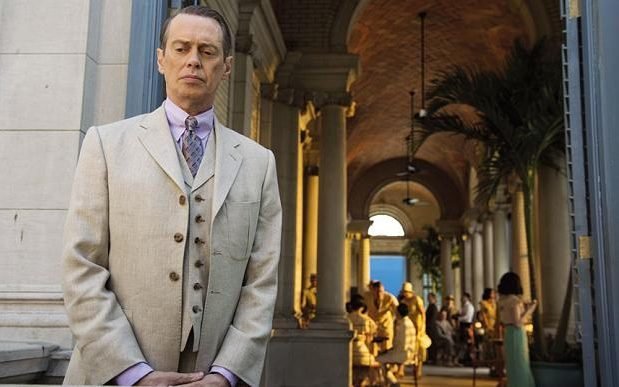 Perhaps another reason why it doesn’t occupy the same rarefied air as Breaking Bad or The Sopranos, is it really didn’t know initially what to do with its lead character.
Nucky Thompson, the corrupt treasurer of Atlantic County and its most powerful political figure, played superbly by Steve Buscemi, didn’t really sit easily in either the world of political power or that of the criminal underworld. Here was a man who wasn’t physically imposing; his wide, sad eyes betrayed him in a world where cards are always kept close to the player’s chest.
As the final episode revealed, Nucky had sold his soul for a piece of silver and that transaction haunted him right up until the final moments. It’s a testament to Buscemi’s performance that we feel sympathy for such an amoral, desperate figure.
Nucky didn’t really come into focus until he had attained, and struggled to keep, a certain level of power. Those early seasons, he was lost amongst what must be one of the best supporting casts ever assembled. Each one warrants a show of their own – and you often wonder what it would have been like to follow the men who rule the boardwalk rather than the man who built it – the stand out performers include: the peerless Arnold Rothstein (Michael Stuhlbarg), Chalky White (Michael Kenneth Williams), Agent Nelson Van Alden (Michael Shannon), Al Capone (Stephen Graham), Lucky Luciano (Vincent Piazza), Valentin Narcisse (Jeffrey Wright), and the brilliant Richard Harrow (Jack Huston) – just thinking of Richard’s cold fury at the end of Season 4 immediately makes me want to watch that stunning conclusion again. 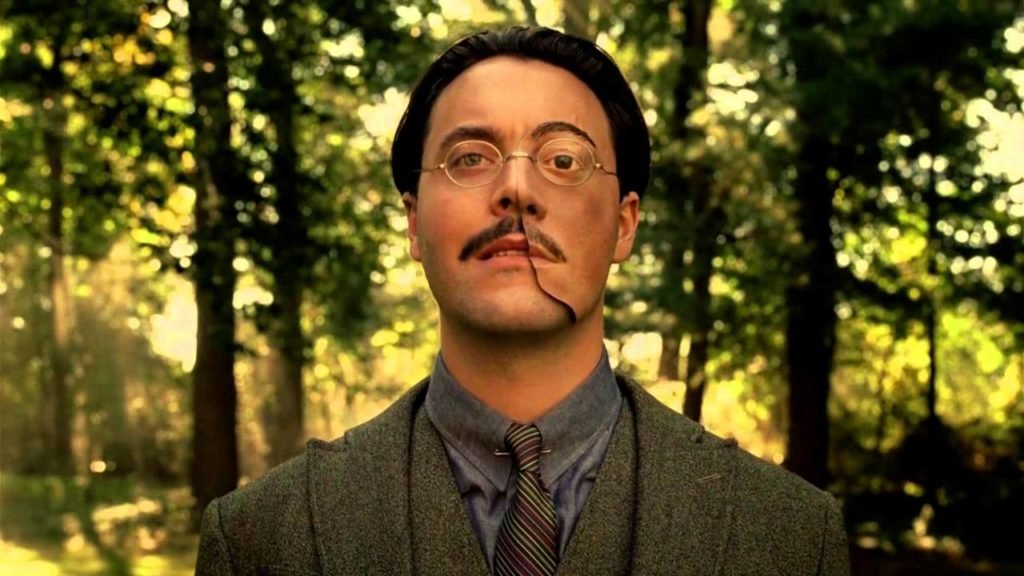 (The problem with the show being based on fact is that you often had to fight the temptation to peruse Wikipedia to learn your favourite character’s real life fate. Being a bit of a Prohibition era buff, I already knew a few details about Lucky Luciano from Kenneth Allsop’s The Bootleggers – a book I read while on a school trip to the Imperial War Museum, where, ironically, we managed to purchase Spitfire ale from the gift shop despite only being 14.)
Although, as seasons progressed, the show found some mileage in pitting Thompson against characters who felt specifically, often brazenly built to play on his weaknesses, or in the case of Charlie Cox’s Owen Sleater, to give lesser characters like Kelly McDonald’s Margaret Thompson more depth.
The one criticism that’s hard to defend is the lack of engaging female characters – they often get lost in the mix or, by contrast with the world around them, feel underwritten. A case in point would be when Margaret becomes a champion of early contraceptive methods for women. The cause puts her right in the middle of the moral crusade, the bourgeoning women’s movement, the temperance movement, the encroaching modern world and, perhaps most crucially for her character, at loggerheads with Nucky – and therein lies the rub; it always comes back to Nucky. It robs her of any agency – she might genuinely believe in the cause but the writers always seemed more interest in what that meant for the power struggle; it trivialised something that could have been an interesting avenue to explore.
Boardwalk Empire remains an intricately constructed, maddeningly frustrating, prodigiously entertaining piece of television. In eschewing the temptations of modern storytelling, and, it must be said, using the patience that being a HBO show affords that sensibility, the show told its fascinating, brutal, dark, and desperate tale of the murky foundations that went to hold the America we now know in its place.
Faultlessly acted and impeccably written, give it the time to work its way under your skin and soon you’ll be hooked.

by Andrew Reynolds time to read: 5 min
Features Why You Should Be Watching Preacher
Features #FollowFriday: Mark Sheppard
0
%d bloggers like this: