Animating Power of the Daleks & Beyond: What We Learnt from the Press Preview

Would you rather a missing episode were re-discovered, or the soundtrack animated, perhaps in colour? I think we’d all answer the former – but there’s something special about an animation. Somehow it’s showing the story the love it deserves; it’s almost like the best acknowledgement that we really lost something when these stories went missing.
I became a Doctor Who fan in the late 1980s before I was old enough to notice production values or dodgy plots. All of it was wonderful as far as I was concerned. There followed a drip-feed of a 26 year archive of adventures in time and space from BBC Home Video over the next two decades and it was like a fountain of imagination that was (almost) endless.
Somehow, at the age of 10 or so, I had grasped the idea that there were episodes missing. I remember the discovery of Tomb of the Cybermen being announced in 1992 and the sheer excitement that accompanied it. The story I recall was that BBC Enterprises (the forerunner to BBC Worldwide) thought the BBC had the tapes and the BBC thought Worldwide had the negatives so when they were junked to make room, no one checked. Or something like that. We’ve heard far more nuanced reasons since then. Either way, the fact that there were adventures that definitely happened (you know what I mean) that I may never see made them all the more fascinating. I’d become attached to the characters and at some point there had been visual record of this. There was something achingly nostalgic about the fact they were inaccessible even though I’d never seen them. Though I often felt as though I had… Target novels were the only way into the past when there was no video cassette in the shops. I can still recall the mental imagery I was left with from reading Wheel in Space and The Underwater Menace. The plots had been ironed out in the adaptation, the characters embellished and my imagination took care of the production values. So when Tomb of the Cybermen was discovered, my expectations were raised by the full force of imagination and the bitter longing of having thought it would always be out of reach.
I think this is true for every fan when it comes to missing stories. They’re so darned bewitching! And it’s a lot for 1960s family teleplays to live up to… But with an animation that’s almost bypassed. We know that this isn’t the “real thing” – it’s an interpretation. It’s a lovingly made vehicle for the soundtrack.
And at the press preview for The Power of the Daleks we had a window into the love that had gone into it. After the episodes were screened, there was a panel moderated by Toby Hadoke and featuring Anneke Wills (Polly), lead animator Charles Norton, and the executive producer, Paul Hembury.
After discovering that the 5th November this year would be a Saturday, as it was in 1966, Hembury and Norton had hatched a plan to release the story on the exact moment of its 50th anniversary. As Paul commented, they wanted to deliver fans a taste of that “tea time treat” that was part of being a viewer half a century ago. However, this put the pressure on with a strict deadline and modest public service budget, courtesy of BBC Worldwide. And this was real pressure – Norton’s team finished episodes 4 and 5 only three days before release!
This feels somehow appropriate. Passionate people with “Doctor Who in their DNA” were racing against the clock and on a budget to deliver something special. This is how the best Doctor Who is always made, surely?

On how to approach the temptation to embellish and create their own take on the visuals versus being faithful to the surviving materials, Norton was pragmatic. There are some things that won’t work in animation that would have worked in live action. In particular, the Doctor “dancing a jig” in checked trousers is challenging on a frame-by-frame basis. Camera scripts exist for the story which indicate what should be happening on screen and how many cameras were present to film it. However, there were segments shot on film in advance at Ealing studios where this isn’t the case.
Most written detail exists for the first two episodes and Norton feels these are likely to be the closest to the original. Overall the team set out to make it as faithful as possible, but there are moments that have been put in where there is no help to be had from telesnaps or scripts – one example is a brief moment where Ben and Polly enter a room trying to avoid detection. Ben holds back and Polly continues, taking his hand and pulling him on – because the animators felt this worked for the scene and the characters.
One thing that certainly works very well is the animation of the Daleks and discussion turned to whether other stories including the large number of lost Dalek episodes (The Dalek Master Plan and Evil of the Daleks) might get a re-animation next. The team couldn’t comment on any plans and everything very much depends on the success of Power. The Crusade was discussed; though Norton noted that while there are only two of four episodes missing, with 24 speaking characters and numerous costume changes, it poses a significant challenge to an animator. 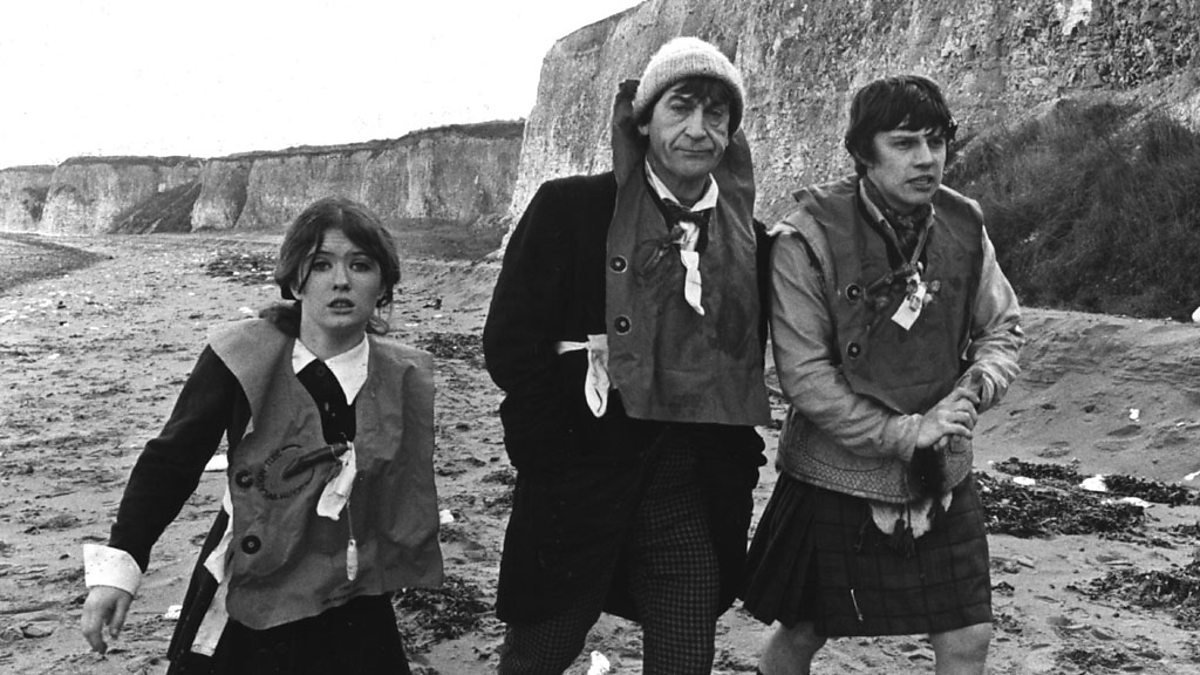 Anneke Wills, who was warm and enthusiastic as always, suggested The Smugglers as this was her and Michael Craze’s favourite adventure to film. Coming immediately after The War Machines that introduced Ben and Polly, this seems natural as their first proper trip in the TARDIS with lots of location filming. She also suggested Fury from the Deep, rubber-stamping her fan credentials as Fury dates from the season after she left the show.
Another discussion for the panel was around colourising episodes. Norton was keen that Power should initially be presented in monochrome as it felt right for the story and the overall atmosphere rather than anything dogmatic around how it originally appeared. We’ve now learned that a colour version will be produced. This was talked about as something that might encourage younger viewers to explore the show’s history further back than they might if it were all a sea of murky grey. Anneke wasn’t so sure as American fans in their pre-teens have told her how much they enjoy the stories from Doctor Who in the 1960s. Despite being slower, gentler, and lacking colour, they love the jeopardy. And, dear reader, I suspect, like me and perhaps you, they’ve fallen in love with the characters.
So, thanks to the dedication of a fan with a microphone back in 1966 and to the dedication of professional fans now we have something special 50 years after the start of Troughton’s era. And potentially the beginning of a new life for early Who and whole new range of DVDs…

Animating Power of the Daleks & Beyond: What We Learnt from the Press Preview

by James Lomond time to read: 5 min
Features The Making of The Power of The Daleks Animation
Features A Brief Introduction to Ben Jackson and Polly Wrig…
0
%d bloggers like this: