Which Other Missing Serials Should Be Animated? (Part One)

You might’ve heard that The Power of the Daleks has been animated, released online 50 years after it first aired.
It was something many of us didn’t think would actually happen, certainly after Galaxy 4 was demoted to “special feature” status on DVD, sans animation, and similarly, The Underwater Menace washed up years after it was first promised, and very unsatisfactorily “completed.”
But here we are, and further animations are a possibility – or maybe just a dream. We won’t know until BBC Worldwide announce how well Power‘s done.
So which other serial should be animated? We asked our regular contributors for their thoughts…

Mez Burdett: The Evil of the Daleks 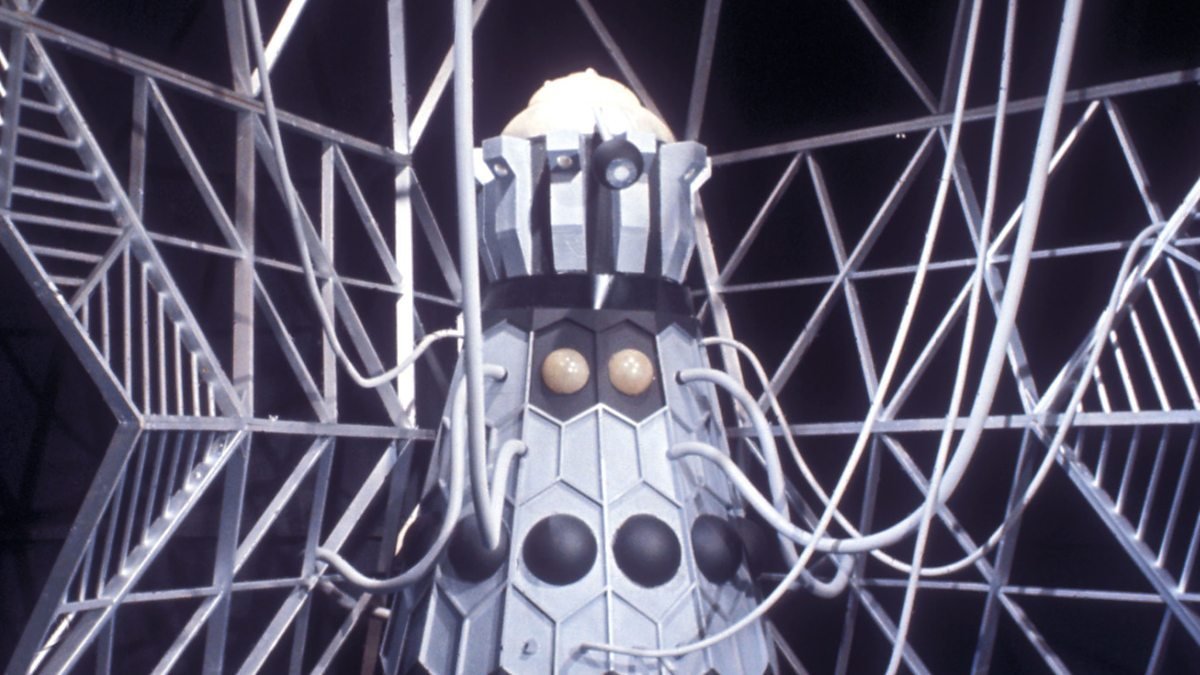 We Doctor Who fans are very lucky indeed. Many TV shows from the ’50s and ’60s have missing episodes which are seemingly lost forever. A great amount of episodes of Hancock’s Half Hour, Steptoe and Son, and The Avengers are not available to view or even listen to.
Then we have Doctor Who.
Fans somehow knew, via sheer brilliance or pure luck, to record the adventures onto tape so that a soundtrack survived. Not many other show can really pay tribute to that.
And thankfully it means that we can partially experience the original performances of many a Doctor Who performance that are otherwise lost.
One such story, The Evil of the Daleks, has got even better with time. Back in the early 1990s, I remember having my earhole pressed diligently up against a stereo speaker as the story’s soundtrack recording was so bad. Thankfully, with a lot of hard work from faithful employees at the Beeb, Evil sounds crisp and fresh in the 21st Century.
The story itself holds up well: lots of movement between times zones, rich and enigmatic characters, great performances from the regulars, and the Daleks at their calculated best. It’s screaming for an animated release, begging to take up shelf space and form part of the Doctor Who DVD collection as it so richly deserves.
With the release and acclaim that Power of the Daleks is receiving, it can surely only be a matter of time before the BBC do the right thing and make this adventure sparkle for the 21st century. Everyone loves The Web of Fear. It has Nicholas Courtney, and a realer-than-real London Underground. But who wouldn’t want to see the Yeti in their natural habitat – the sweeping vistas of the Himalayas visualised in spectacular animation? And I mean the real Himalayas, as opposed to mountains that look suspiciously like Nant Ffrancon? Snowmen has a setting that just begs for an opulent animated rendering – the grandness of the temple, the icy plateaus, and the menace of the furry robots themselves, brought to life in a way that a 1960s BBC budget would never have been able to manage.
None of this would matter if it weren’t a darn good story to boot, but it is – strong on character, decently paced and with some wonderful scenes with Jamie. Plus, you know, I really want to see the Doctor bung that rock.

Jonathan Appleton: Fury from the Deep Animation does rather jar when it’s used to fill in the gaps in partly missing stories, I find, so let’s have another complete story, eh?
This Troughton tale has always been highly regarded for its creepy villains and industrial-setting-under-threat that presaged many 1970s stories. The absence of any substantial resource of source material (by way of surviving clips and photographs) would give the artists freedom to find creative ways to fill in one of Doctor Who‘s most chilling soundtracks.

Leon Hewitt: The Wheel in Space 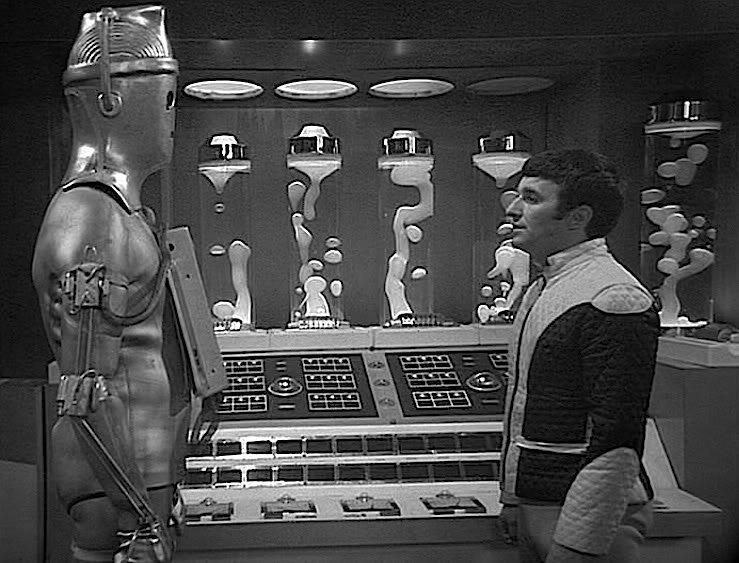 One of the many surprises in 2013 was the discovery and release of the David Whitaker penned story, The Enemy of the World. What probably surprised a lot fans was the quality of the newly discovered episodes. The story had essentially been ignored for years and it for this reason I would love to see another Whitaker scripted story restored: The Wheel in Space.
As with The Enemy of the World before its rediscovery, this story is seldom discussed and when it is, in less than glowing terms. So let’s give this tale a chance to shine just as its predecessor did. Besides, I really like the idea of watching an animated Patrick Troughton and Frazer Hines wander around a deserted rocket for 22 minutes. 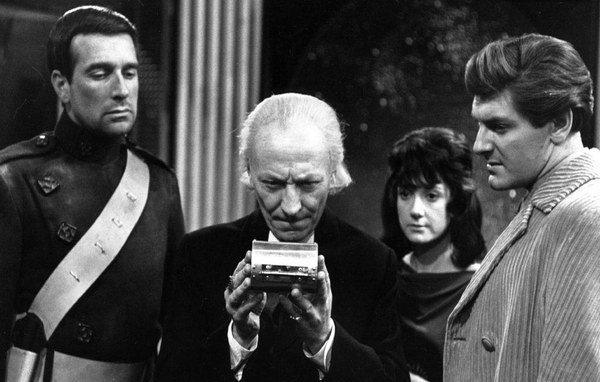 The #omnirumour notwithstanding, I always maintained that if I could recover one single episode, it was Power of the Daleks 1. We’re getting that now, sorta. That same statement also said that the one story I could recover if I could recover a full story was The Daleks’ Master Plan. To me it is a no brainer; there’s any number of reasons why that one.

If they re-do more stories via animation, I want this one – for the same reasons I wanted it properly recovered! You’d get more Who than any other option out there. 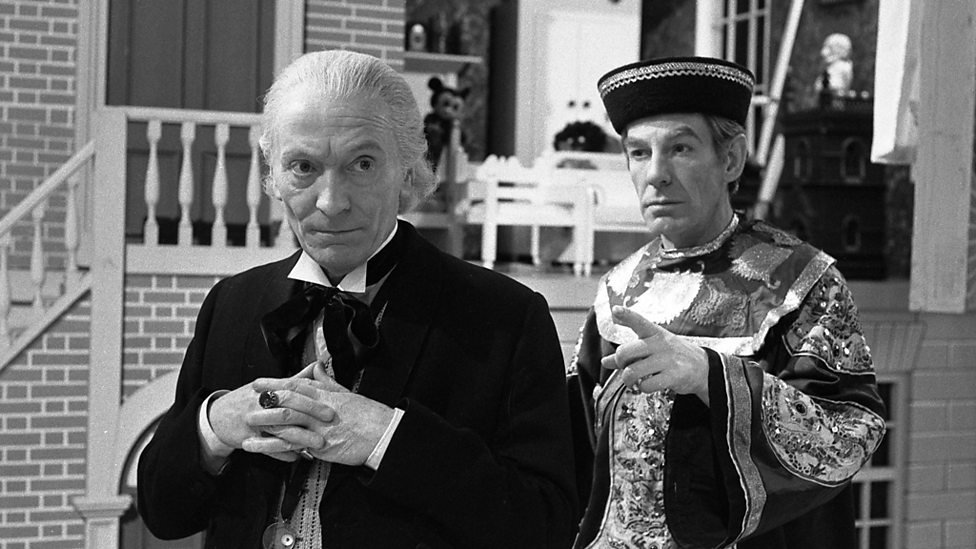 I doubt it’s top of many fans’ list of episodes they’d like to see returned but that’s not what’s being asked, is it? No, the question is what would we like to see animated. So far, the re-animation of missing Who episodes has centred on authenticity – a forensic, technical approach to re-creating a lost TV episode. But however much brilliant and courageous effort is put in, it will never actually do that: it will always be a pixilated imitation of the flesh and 405-line monochrome original.
So, let’s forget all that painstaking reference to the source material (there’s no telesnaps anyway) and ask the animators to let their imagination fly… and the colourful, magical Toymaker’s realm is ripe for a surreal and imaginative re-interpretation. Instead of recreating the shoestring budget and technical limitations of a 50-year-old TV show, why not produce something innovative and startling?
I know what you are thinking, ‘Okay, so they experience three cutting edge animated episodes and then watch the lacklustre The Final Test?’ Nope. I’m suggesting you animate the lot to create a coherent whole. As a bonus, if the original episodes ever turn up, we will always have the animated version to watch instead. The memory cheats, so let’s cheat a little too…

Thomas Spychalski: The Evil of the Daleks 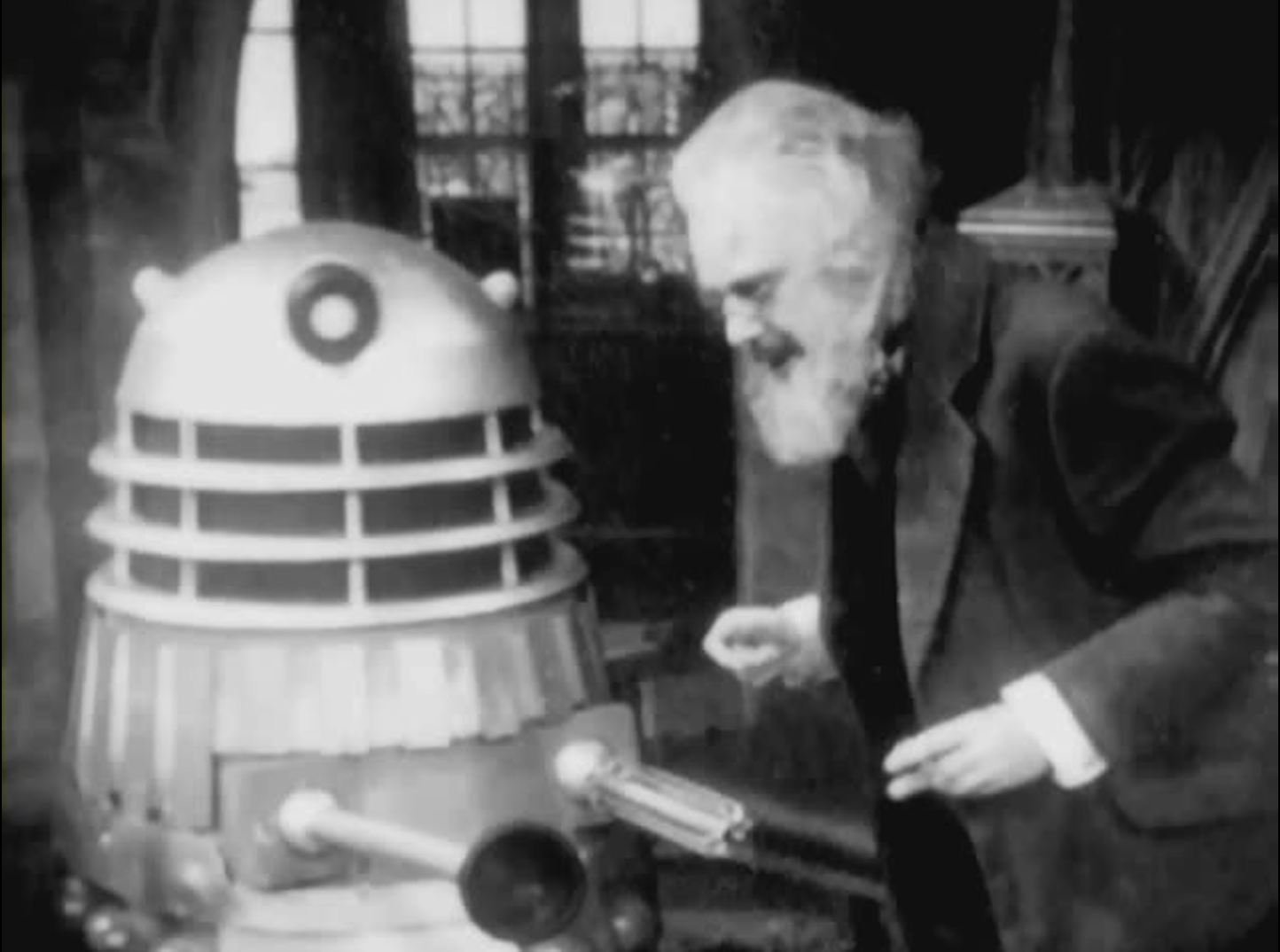 Difficult question as throughout my more than three decades of being a Doctor Who fan my ‘holy grails’ have been recovered or animated. Tomb of the Cybermen was found in 1991, Web of Fear was found in 2013, and now Power of the Daleks is being animated.
If we move on to the next holy grail, that would have to be Evil of the Daleks, with a slightly strange plot and the very first time anyone saw Daleks fighting Daleks onscreen. Honourable mentions in no particular order would also be Marco Polo, The Wheel in Space, The Celestial Toymaker, and the most likely too labour intensive The Daleks’ Master Plan.
It’s really hard to say because I would love to see them all back in one form or another but in a way I have been really lucky: compared to what was available when I first fell in love with this series in the early 1980s, I feel quite blessed to have seen so many stories I thought I would never see back then.
Come back tomorrow for more thoughts on animating lost serials. But until then, which missing stories would you like to see?

Which Other Missing Serials Should Be Animated? (Part One)

by Philip Bates time to read: 5 min
Editorial Which Other Missing Serials Should Be Animated? (P…
Features The Making of The Power of The Daleks Animation
9
%d bloggers like this: