Introducing: The End of the World

In 2005, Doctor Who entered a brave new world.
Rose, the first episode for NuWho, was watched by 10.81 million viewers, with an audience share of 43.2%. The press heralded it as a stunning revival; the fans loved it: Doctor Who was back. But the pressure was on. That debut story was so strong, could the production crew, headed by showrunner, Russell T. Davies, maintain such a high-standard?
The End of the World showed that Doctor Who will always have a future. It’s bright and clever and explosive, funny and sad and cheeky. Ironic then, that so close to transmission, it was revealed that one of the most successful elements of the revival would soon be a thing of the past…

“I’m the Doctor; This is Rose Tyler. She’s my Plus One”

Just three days after Rose was broadcasted, Jane Tranter, controller of commissioning at the BBC, who – alongside Lorraine Heggessey – recommissioned Doctor Who in 2003, ordered a Christmas special (which would be realised as The Christmas Invasion) and another full series of thirteen episodes. This was confirmed on 30th March, giving hope to the ever-expanding fan-base that the BBC had faith in the show long-term. This was long before fandom automatically expected the show to be renewed each year. Billie Piper’s Rose Tyler also proved such a hit that she was confirmed to be in both the Christmas special and the next series. Best-known as a pop star, Piper’s initial announcement came as a big shock – but when Rose aired, she was welcomed into the fold universally. Digital Spy’s Dek Hogan said of her:

“From the looks of this she’ll be capable of far more than being Head of Screaming and it was a nice touch in the opener that it’s her and not the Doctor that manages to overcome the alien invaders.”

The Daily Mail called her pairing with lead man, Christopher Eccleston “just what the Doctor ordered”, and the DWC’s own Christian Cawley said in his book, Ultimate Regeneration:

“Everything about Billie Piper’s performance in Rose tells me that she is perfect. She can act, she can move, she can look, she can express. Billie is Rose.”

But, just hours after it was announced that Doctor Who would continue, a statement was issued by the BBC, as a result of press enquiries, confirming that Eccleston would not return to the role after Series 1. With only his debut tale under his belt, the public learnt that the man who brought back the Time Lord would only be with them for 12 more episodes.
Christopher and the production team has hoped to keep this a secret, and Tranter had to apologise for the statement, which incorrectly identified harsh recording schedules and not wanting to be forever known as the Doctor as the reasons why the actor left. To this day, we don’t know exactly why he turned down a further series.
Bookmaker, Ladbrokes was already placing bets on who the Tenth Doctor would be, but William Hill refused to: as far as they were concerned, there was a lead runner already. And that man was a little known actor called David Tennant. He’d just appeared in Davies’ Casanova, and was a known Who fan, having worked for Big Finish.
Nonetheless, as The End of the World aired on 2nd April 2005, the 7.97 million viewers knew that time for the dry-witted, leather jacket-wearing Ninth Doctor was running out.

“They Say Mankind Has Touched Every Star in the Sky” 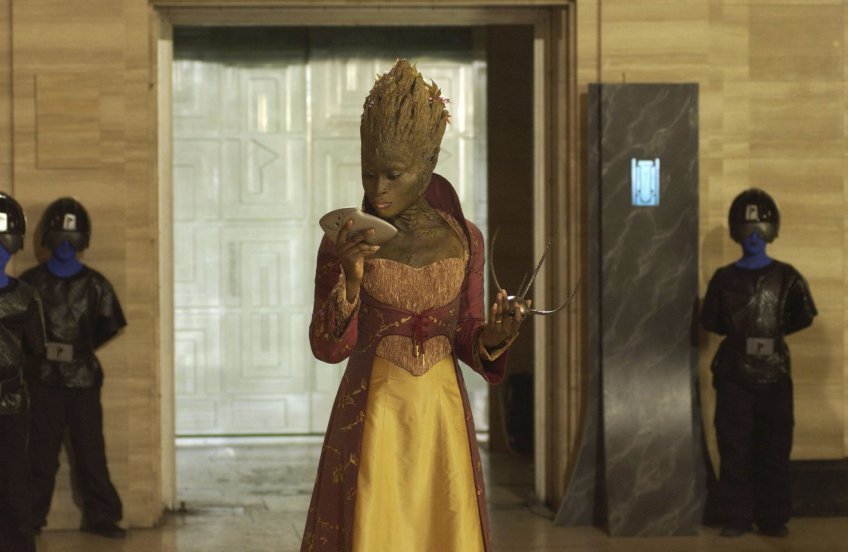 The episode itself is a perfect metaphor for the news of that last week: it’s a great mix of hope and disaster. We are at the end of the world, waiting while the sun expands and engulfs the Earth, but there’s far more going on here, and much of it is so little and so petty. As Rose sadly notes, “No one saw it go. All those years, all that history… and no one was even looking.” The Earth is in its death throes, and those supposed to be there to pay their respects are, in fact, there ‘to be seen.’ Politics: that’s all it is, despite Jabe (Yasmin Bannerman) assuring the Doctor that they all feel a connection to this brilliant piece of rock.
That sounds so grim. But The End of the World is also about how we carry on. Humanity has spread across the stars, and isn’t that (to quote the Ninth Doctor) fantastic?!
We move on, and this is what Series 1 is all about: the Doctor trying to move on from the Time War. But not everyone moves on so gracefully. Some get themselves nipped and tucked and flattened until there’s nothing left. All the others mingled. Mongrels.
The Lady Cassandra O’Brien.Δ17 (Zoe Wanamaker) purports to be the last pure human, and is obviously an exaggerated parody of our obsession with plastic surgery. In 2006, Russell explained to The Sunday Mirror that celebrity culture was largely to blame:

“It was horrific, seeing those beautiful women reduced to sticks. Nicole Kidman struck me in particular. Nicole is one of the most beautiful women in the world. But she looks horrifying because she’s so thin. It’s like we’re killing these women in public. We watch while you die.”

In 2005, plastic surgery was increasingly popular; 89% of all procedures were carried out on women, though men still had 2, 440 procedures. As The Cosmetic Surgery Consultants notes:

“It [was] no longer just for the rich and famous, as more and more everyday people opt for surgery to improve their lives.” 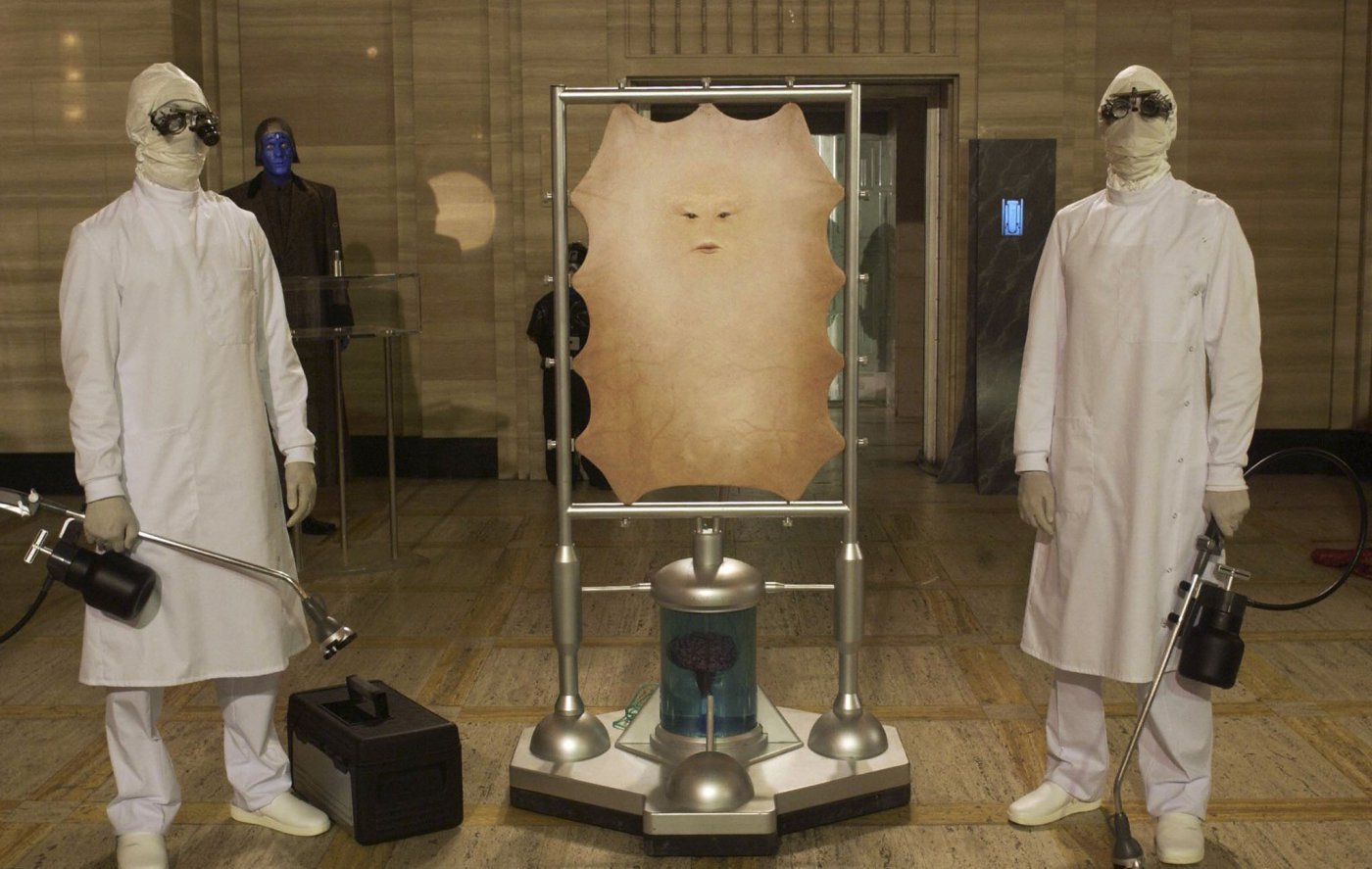 Davies had noticed a rising trade early on, and Cassandra was a perfect way of channelling this into the nation’s psyche. While humanity has a bright future, Cassandra’s wasn’t the shining example to follow.

“Welcome to the End of the World”

The End of the World expands on an idea started in 1966’s The Ark: that the sun will expand into a red giant and destroy the planet (while the notion of us escaping doomsday by hiding in an ark has been explored in The Ark in Space, The Beast Below, and, to a certain degree, Dinosaurs on a Spaceship, with the Silurians fleeing Earth from what they thought was the apocalypse).
But what will really happen to our beloved Earth?
Mercury and Venus will almost certainly be engulfed by the Sun and the Earth will be uninhabitable as the oceans boil into nothingness and the hydrogen in our atmosphere will burn away. The Earth’s orbit, however, will increase dramatically – but according to research conducted by K.P Schroder and Robert Cannon Smith, this won’t help the planet’s chances of survival.
The intimate details of this vary wildly, depending on which scientific theory you take note of. That’s what we do: make educated guesses, because the future is unpredictable. The Sun is expected to reach its maximum density 7.6 billion years in the future, but the Earth won’t live that long. These notions started in 1924, envisioned by Sir James Jeans, a physicist and mathematician, and the outcome of Earth has been debated ever since.
The idea of the Sun expanding, seemingly conversely, also takes into consideration it losing much of its mass, thus allowing Earth’s orbit to extend. Some think this will mean Earth will escape its grisly fate; others say that this orbit will fall into the Sun’s outer atmosphere, which will drag the planet into the star. 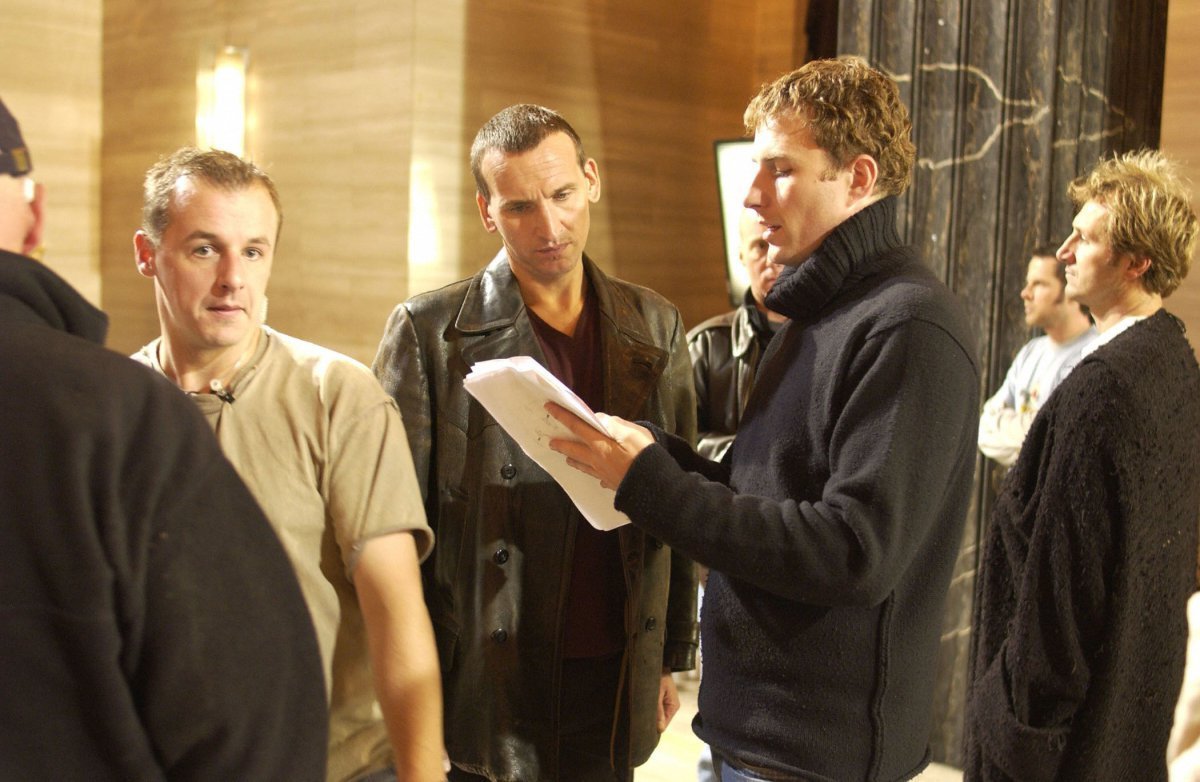 To complicate things even further, the pull and orbits of all the other celestial bodies in our solar system (including asteroids) will affect Earth’s chances of survival.
And science fiction writers have speculated that the Earth could be saved by some outside force (see Trial of a Time Lord) or our own scientific mechanics. Maybe a TARDIS will drag us out of the way.
Nonetheless, mankind’s chances of survival on Earth are slim. However, Universe Today’s Fraser Cain notes that the Sun’s expansion will affect how inhabitable other planets in our solar system are:

“The new habitable zone will stretch… well into the Kuiper Belt. The formerly icy worlds will melt, and liquid water will be present beyond the orbit of Pluto. Perhaps Eris will be the new homeworld.”

“Bundle of Laughs, You Are”

It doesn’t matter: The End of the World’s message is clear. We will live on. It shows us a bright new future for both the human race and Doctor Who, encompassing bold new visions; clever scientific theory; aliens of all shapes and sizes; heroes and villains; and a bright blue box that travels in time and space.
Welcome to the year 5.5/apple/26, 5 billion years in your future. And this is the day the Doctor Who universe expands.

Introducing: The End of the World