With his final full series of Doctor Who just on the horizon, Peter Capaldi has spoken about what we can expect – from the upcoming run of 12 episodes, from The Pilot, and Matt Lucas’ character, Nardole.
Of course, with Pearl Mackie joining the TARDIS as Bill Potts, there’s a new dynamic for audiences to enjoy. Here’s what Capaldi said…
What is it like working with Pearl [Mackie, who plays news companion, Bill Potts]?
It was great meeting Pearl – she brought a whole new vigour and excitement to the role of the Doctor’s companion. She’s not that different to older companions in the sense that she’s a character that doesn’t know anything about the Doctor’s life or about the TARDIS or about Daleks or anything like that so she has to be introduced completely to what goes on in his existence and that’s been a good way of rebooting the show. It allows people who aren’t experienced in Doctor Who to experience it for the first time.
Is it great to be back and saying all the iconic lines once more?
I think there’s loads of classic lines that are fun to say and I love saying “Time and Relative Dimension in Space” and “Bigger on the inside” and “They come from Skaro and will exterminate you”. I think you’re never too old to enjoy saying “TARDIS” although it’s better to say: “This is my TARDIS!” I think they’re part of the fabric of the country – they’re in British popular culture which is nice but they will go on and on.
What do you need to be a good companion?
Well, the companion (and Bill is a very good example of it) is sort of their own person. They tend to be characters who are fully formed and independent so I think to be a companion in Doctor Who you have to be your own person. It doesn’t really work if the companion is just an adjunct to the Doctor. There’s always got to be an element of conflict there, I think. Whether it be just: “Why didn’t you tell us you were taking us to this planet of flesh eating monsters?” or whatever – it always needs a little bit of grist in it.
Who is Bill Potts?
Bill comes in very much as a regular human being from the real world to whom all of this stuff is extraordinary. She knows nothing about it. But she’s a very clever, bright, funny girl. I think the Doctor is very taken with her as she’s one of those people who life hasn’t been great to and she didn’t deserve life not to be kind to her. She has enormous potential and I think the Doctor wants to help her reach that potential. 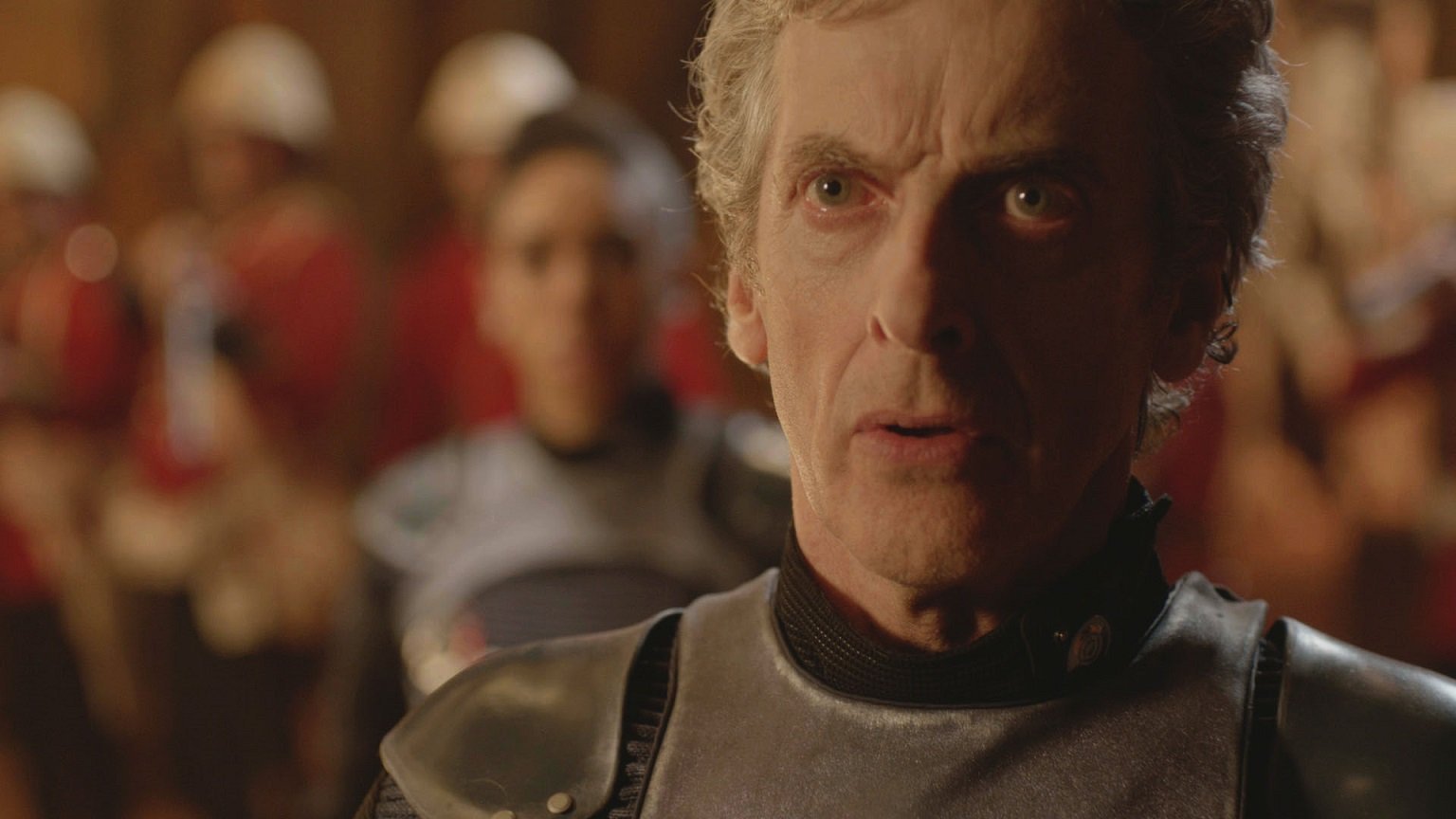 Can you describe the relationship between Bill and the Doctor?
I think, initially, he takes her under his wing in order to teach her – to literally improve her mind, but in quite a terrestrial way. Through that, she becomes involved in his extra-terrestrial adventures and the expansion of her mind becomes quite extraordinary. It’s a kind of teacher-pupil relationship but it becomes more complex than that and I think ultimately, the Doctor has to undergo some dramas by himself so I think he becomes slightly worried that he’s swept someone else up into his adventures without quite preparing them.
Tell us about The Pilot, Episode One of Series 10.
We will meet the Doctor’s new companion Bill – see her in the world she’s used to living in and then plucked out by the Doctor and taken on adventures. We’ll meet some old enemies along the way and some new ones including a new and strange monster and we get to see Nardole played by Matt Lucas who will be joining us on our travels.
Are you excited for Matt Lucas’ return in Series 10?
Matt plays quite a crucial part in the show this season. He’s not there all the time but he is there a lot of the time – I don’t want to give anything away really. He’s very funny – a great presence to have on set and very talented and has a strange alien quality about him with his pale skin and clear eyes.
What else have we got to look forward to in Series 10?
The show is down to the basic elements, which are these fairly innocent but independent companions travelling with this mysterious creature from outer space who can travel in space and time and take them to the most amazing corners of the universe where they meet terrible monsters who try to kill them. That’s at its very simplest level, but obviously it’s more complex and there’s more to it than that – but that’s pretty much what we do every week. Some seasons have been less like that but this season very much follows that model of delivering every week – the mysterious creature takes the companions to an exotic and dangerous place.
Doctor Who Series 10 begins with The Pilot on Saturday 15th April 2017 on BBC One!