Love him or hate him, Doctor Who Series 10 is a monumental point in the show’s history, being Steven Moffat’s last.

His first as showrunner was Series 5 (2010), but this Christmas, the time has come for Moffat to move on – alongside Twelfth Doctor, Peter Capaldi. So what can we expect from these upcoming 12 episode? The lead writer and Executive Producer explains…

What have we got to look forward to in Series 10?

Series 10, sort of, begins the show again. The first episode is called, quite mischievously, The Pilot – it introduces everything you need to know about Doctor Who and tips you into the universe. It takes our characters – the Doctor and Nardole (who we already know) and Bill (who we’re about to meet) – and throws them into the Universe. They’re not equipped to deal with it, they’re not armed or wearing armour – they’re just flung into that universe and told to deal with it. They become heroes because they hit those moments where there is no alternative; being a hero is about the time you need to become a hero. It becomes the purest, most innocent version of Doctor Who in a way. It is a brand new person, Bill – walking into the TARDIS – where will the TARDIS take us – open the doors – walk out and there’s a monster – fight it. It is storybook simple. Of course, that story complicates as it goes on because the Doctor is a much more complicated man than he first seems. But it’s Doctor Who at its purest I would say.

Everything you need to know about Doctor Who is explained in that first episode: the cloaking device, the chameleon circuit, the bigger on the inside – all of that is there and you even get to see the Daleks. The idea was just to introduce Doctor Who properly. The story starts here. You need to know nothing before this point.

Knowing that this was your last series, how did you go about planning Series 10? Were there any themes and ideas that you absolutely wanted to get in?

The fact that this was my last series had to be removed from the mix. The fact that this is Peter’s last series matters to the show – the fact that it’s mine doesn’t matter. I didn’t approach it all with regards to what I wanted to do with Doctor Who. More than anything, what I wanted to do was begin again and if I had any sentimentality about leaving then it would be that – leave like it’s all just beginning. I wanted to move forward: Doctor Who is never more Doctor Who than when it exists in the moment – right now – and that’s the sort of hero the Doctor is. He’s a hero in a moment. He’s not a hero when he’s wandering around the universe; he’s not looking to be amazing or to save people; he’s wanting to go and look at steam engines or go to a library or go and have lunch with Marie Antoinette or something. But the moment arrives and the Doctor always rises to the moment – there is a time that he is a hero and that’s the important thing – when the moment comes he steps up to the plate. Not until then. What new and returning monsters do we have to look forward to?

By nature, I’m just excited about all new monsters, but we’ve got some wonderful stuff! We’ve got a serpent [in Episode 3, Thin Ice] that lives under the Thames in the shape of the Thames which, now that you realise it, the EastEnders title sequence has always clearly been about a giant snake.

We’ve got the emojibots which are small, cute and communicate by emojis and turn you into skeletons [in Episode 2, Smile] so that’s brilliant. We’ve got the most shiver-making creatures in Mike Bartlett’s episode [Knock Knock] – not going to tell you what they are because the show teases you a bit about what’s going on but I guarantee there are moments that will make you go “URGH!” as I’ve been looking at some of the effects for Episode 4 and you think “Oh my god are we putting that on television?!” It’s really properly gross and magnificent. We’ve got a new enemy, which I won’t talk too much about but we call them: The Monks, though that’s not really their name. We’ve got a fabulous Scottish creature, care of Rona Munro – The Eaters of Light. The Ice Warriors are back with a new wrinkle [in Mark Gatiss’ The Empress of Mars], and of course Missy is there – always with Peter Capaldi’s Doctor – he’s up against Missy, tested and teased and entranced by his oldest friend and wickedest enemy.

How important is Peter’s input when casting the companion?

Peter’s input is massively important. They are going to be a working unit for months: they are going to see more of each other than they see of their significant others when they’re playing these parts so you’re practically marrying them. Professionally and personally, it’s important that they work together in ways that are interesting on screen and off screen. You’re casting a friendship. Also Peter’s input is massively helpful because he plays the Doctor; he knows where that show is – he knows it better than anyone else (other than actors who have also played the Doctor). He knows what it takes to be in that show and the sort of person who has the grit to get on with it and the inventiveness to play with it. So we listen very carefully to what Peter has to say about that. 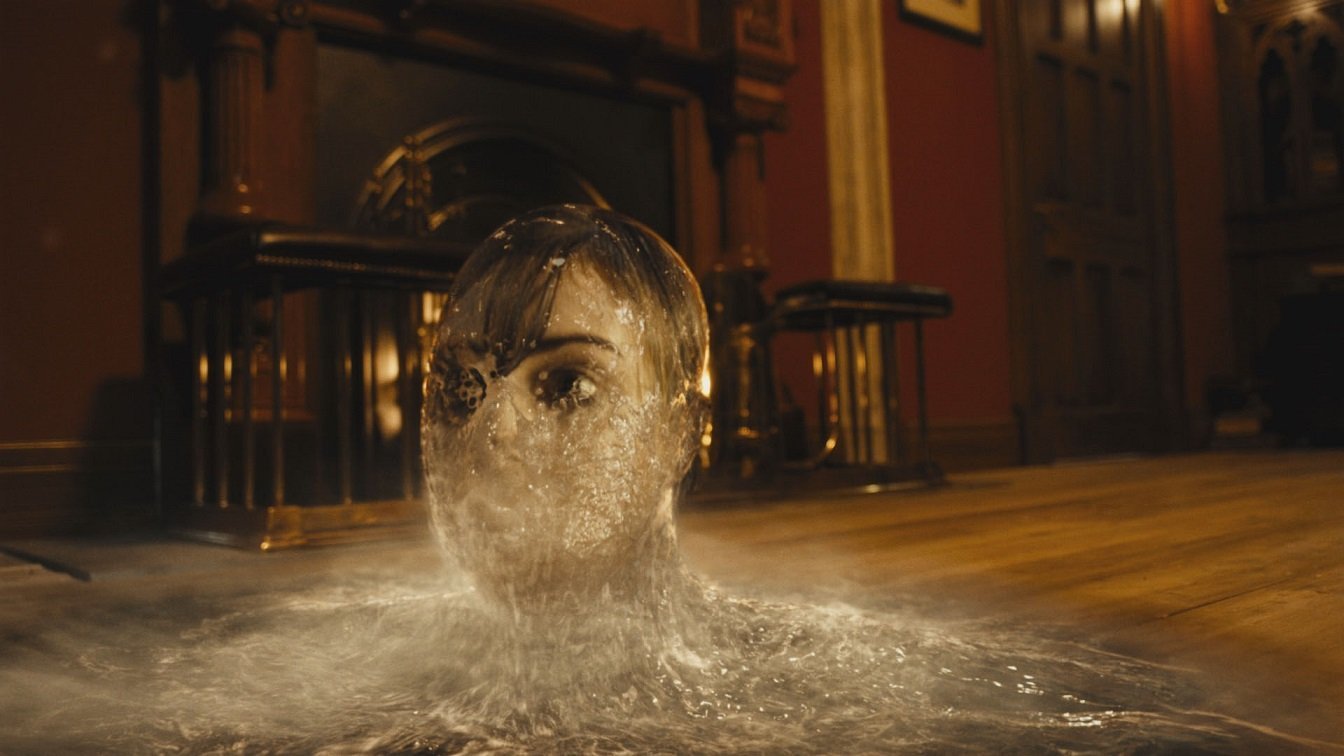 What struck you about Pearl Mackie in her audition? What do you think she has brought to the role?

Absolute vitality and edginess is what came through the door with Pearl Mackie. A completely different voice for the show compared to Jenna [Coleman, previous companion, Clara Oswald]’s voice. You sort of wanted to know straight away what she would make of the Doctor, what she’d think about him, and in a way what she’d turn him into because the Doctor’s quite responsive; he’s quite responsive to the people around him – I think he just broods in the TARDIS on his own when he’s got no one to impress. So when someone moves in and inflects his life it’s about: how does he make her laugh? How does he impress her? How does he live up to her dream of him? He’s very, very responsive. I don’t think any of his various friends have realised how responsive he is to them, how much of the way he lives and the way he fights is about them. [Bill] is now what he cares about. So with Pearl’s style, her edginess, her modernity – you’ve got to ask what is the hatchet-faced, eyebrow-ferocious Doctor going to turn into when he’s face-to-face with that quizzical smile?

Who is Bill Potts?

I started in a very simple way with Bill. I wanted her to be somebody who asked a different bunch of questions of the Doctor. An odd thing about Doctor Who is that most of the characters in Doctor Who, who meet the Doctor and encounter alien invasions and alien planets don’t seem to have watched any movies. They seem to be surprised at what a time machine is or what an alien is… except if you lived in this world, you’d know. You’d have seen it in movies all the time.

So she has a different bunch of questions – what are the questions that a real person flung into the Doctor’s life would ask? So I’ve set this challenge to all the writers – what is she going to ask him? The moment you open that up, it starts to define her. Where is the toilet on the TARDIS? That’s a really reasonable question. Why is the TARDIS apparently called the TARDIS if that’s the spelling and those initials could only work in English? How can he claim to be from another planet if that’s the case? The very first thing was a knowingness and an irreverence – a knowingness about the genre that she’s part of in a way (or that the Doctor is part of) and an irreverence in the sense of “I’m not going to stand back and let you get away with saying your name is the Doctor” – what does that mean? That was a way in and particularly when we put that idea together with Pearl Mackie, it just became a different sort of person. The moment you know you’ve got a character is the moment you can’t define them very easily – you define them as a character at the beginning but as they develop there’s something else. Can you describe the relationship between Bill and the Doctor?

A good, strong student-teacher relationship is a friendship; it’s just a particular kind of friendship where one knows a lot more than the other and one is more energetic and enthused than the other. I think the student-teacher model is a good model of what the Doctor and companion relationship is: he’s the man that understand the universe; she’s the one that feels it. He’s become inured to all the wonder and reconnects with that through Bill’s eyes and Bill doesn’t get to see the universe at all unless the Doctor opens up his blue doors, so they provide a nourishment for each other. They are both friends and he is her professor.

Are you excited for Matt Lucas’ return in Series 10?

I’ve been thinking for a while with Peter’s Doctor that he should have a butler, a valet, an assistant. He would want somebody to fetch and carry and do complicated tasks for him – he’d want a little expert on hand and I was already thinking about that and had quite a different idea of who that was going to be. And then absolutely coincidentally Matt Lucas who had been in The Husbands Of River Song in a tiny little role said he had really enjoyed it and would like to come back if we ever wanted him. So I pondered this for a few days and said to Brian [Minchin, Executive Producer] that it would be mad to not make something out of this [because] he’s such a popular actor. He’s so brilliant and charming and he’s already in place, albeit decapitated… so we brought him back. He is the Doctor’s go-to guy. He’s not quite, as we have seen in The Return Of Doctor Mysterio, the bumbling oaf he likes people to think he is. He’s slyer, more devious, more useful, and he has a very shady past…

The Pilot, the first episode of Doctor Who Series 10, airs on Saturday 15th April 2017 on BBC One! 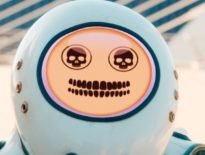 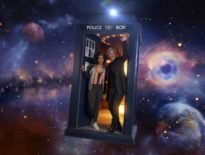