There’s a new face on the TARDIS. Pearl Mackie’s Bill Potts makes her debut in The Pilot, Episode One of Doctor Who Series 10, the first new female companion since 2012/13!
That was, of course, Jenna Coleman’s Clara Oswald, in her various guises. The Doctor has since picked up a male companion, Matt Lucas’ Nardole.
Pearl Mackie has spoken about coming aboard the internationally-acclaimed show, working with Peter Capaldi (the Twelfth Doctor) and Matt Lucas, and what’s in store in Series 10…
What have we got to look forward to in Series 10?
There’s a lot of excitement in store – new and exciting adventures, new monsters, and some old monsters coming back. We’ve got a team that see the Doctor through new eyes. I think, with Series 10, it’s a great place to start if you’ve never watched Doctor Who because Bill is so new to the world of Doctor Who – you kind of see everything through her eyes. So as she learns about it, you can learn about it too which I think is very exciting. We’ve got some danger in there too – there are some pretty hairy moments but we’ve got some humour as well. I hope you enjoy it!
What is it like working with Peter?
The first time I met Peter was at the recall for this job in the hotel. I met Steven Moffat and Brian Minchin and [casting director] Andy Pryor. Obviously I was reading with Peter. It was mental – obviously I was sworn to secrecy so I couldn’t tell anyone what I was doing or where I was going so I turned up to the hotel in a baggy T-Shirt, a pair of jeans, and a pair of bright yellow trainers. We read the first scene (Peter and I) and we read it sitting down. It’s one of the first scenes in the first episode. For the next scene, he said, ‘shall we stand up?’ as we were going into the TARDIS. So I said “OK” but I’ve been taught for camera auditions, you sit down and move your face as little as possible so standing up was new for me. But obviously it was in the TARDIS so Peter was running around pressing buttons and pulling levers that aren’t there and I didn’t know what was going on. But luckily, Bill’s supposed to be doing that in the scene anyway so that worked in my favour! 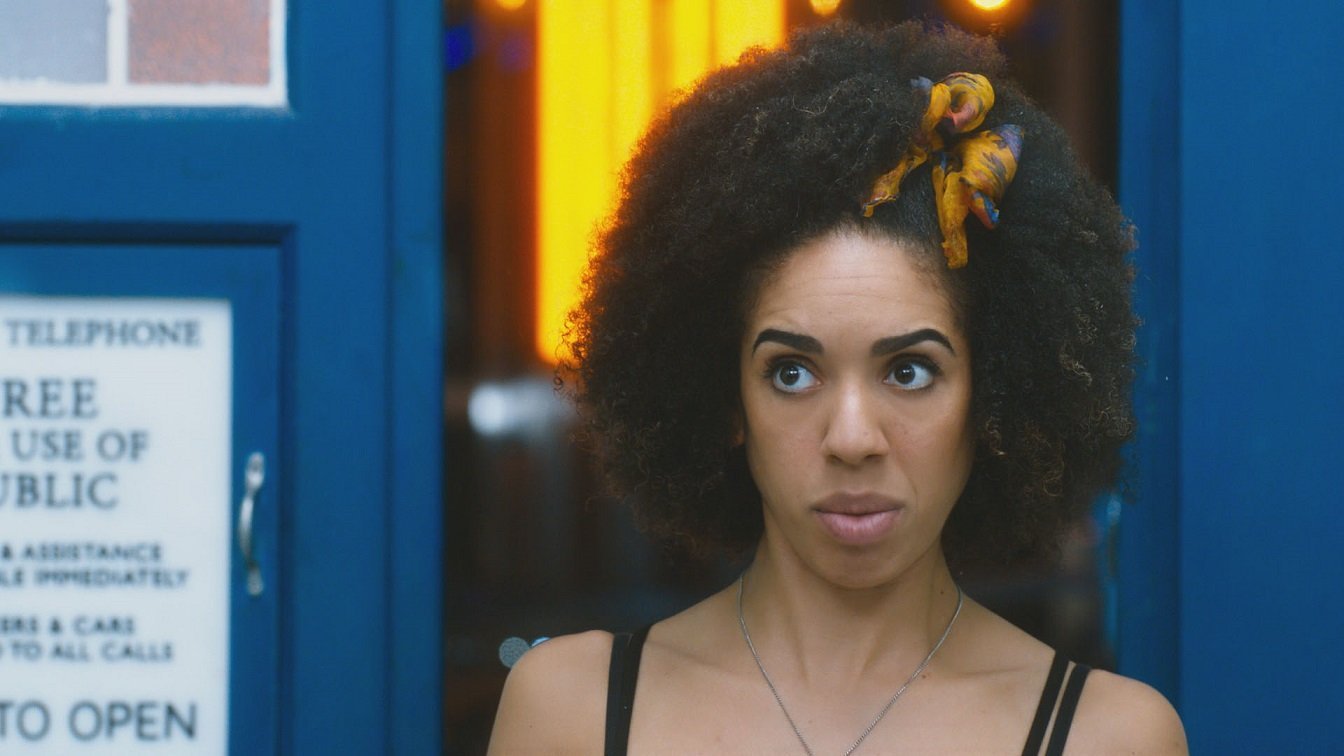 What makes Doctor Who unique?
Well, [the fact that] it’s been running for such a long time I think is one of Doctor Who’s unique selling points. One of the ways it succeeds in doing that is the whole regeneration of the Doctor and then bringing in new companions along the way. It’s a character you’re familiar with but then there are different interpretations of the character so it allows people to relate to the Doctor in different ways and relate to the different companions and everyone’s got their favourite ones – either the one they grew up with or the one they watched when they were older or that kind of thing.
I think in a way what makes Doctor Who so different to all other shows is that it can be completely personal and everyone has their own personal relationship to it. I think that’s why it’s so successful and lasted so long.
Did you have an idea of the global impact of Doctor Who?
I had some idea that it was a big show. I didn’t know how many countries it was big in before I got the job. I knew it was shown in America; I didn’t know it was one of the widely watched shows on Christmas day in America. It’s massive and has such a massive global following. Even from Twitter, I get messages from fans in languages I don’t even understand which is great but I wish I knew what they were saying! Going to New York was incredible; I’d never been to New York before. Going to Comic Con was amazing – there were people dressed up as me already. It’s super cool – I think the fans on this show are so dedicated to it, it’s amazing, I’ve had such a welcome so far. People dressing up as me and I haven’t even been on screen yet!
Who is Bill Potts?
Bill is cool: she’s quite young, doesn’t really know much about the world. She’s very real – she’s not had a very easy upbringing and whilst she doesn’t really let that affect her day-to-day life, it’s there under the surface – she can be quite defensive. She’s fun, she’s excited, she’s a bit geeky – she quite likes sci-fi stuff, she’s into space and that type of thing so when she does go on adventures with the Doctor and discovers aliens are real and that kind of stuff it blows her mind which is really cool. Can you describe the relationship between Bill and the Doctor?
It’s quite interesting at the beginning. Their relationship is very much tutor/student. It has an Educating Rita vibe about it at the beginning when they first meet each other. There’s a definite fascination for Bill in terms of the Doctor. She’s really interested in the way his mind works – he’s supposed to be doing a lecture on science and ends up talking about poetry and he says they’re the same thing. Clearly, his mind works in a different way to anyone else she’s ever met which I think is really fascinating for her. One thing he likes about her is that she’s not scared about all the things she doesn’t know – she always wants to know more. She’s keen to get involved, which is one of the things that draws him towards her.
Are you excited for Matt Lucas’ return in Series 10?
Matt’s brilliant – he’s a great guy to have around. He’s always upbeat! We both really like musicals so we spent a lot of episode one singing various musical theatre tunes at each other.
How do you deal with the physical side of working on Doctor Who?
I think yesterday I walked about 3km! I’ve done a lot of running – not as much as I thought, actually, but we haven’t filmed the whole series yet [at the time of this interview] so there may be a lot more to come. But it’s cool. I like the physical element of the role – I did quite a physical show before this so I think it stood me in good stead for running away from monsters.
How does Bill learn to deal with all the extraordinary things she sees when she’s with the Doctor on his adventures?
I think she jumps in and is happy to get involved. She asked a lot of questions; she’s very inquisitive; and she’s very smart so she calls the Doctor out on a lot of things that he hasn’t necessarily had to answer for a while. So I think that’s the way she navigates through things – by asking him what’s going on, and assessing his answers and she says things how she sees them. She has an open and honest nature which is how I think she gets through.
Doctor Who Series 10 starts on BBC One on Saturday 15th April 2017!