When you think of Doctor Who crossovers, there a few names that regularly crop up and spark the imagination. However, there’s this new kid on the block. A crossover that I had never considered and yet, now that it’s here, I don’t know how we’ve survived this long without it. A group of brilliant people have brought the many worlds of Doctor Who and the familiar style of the Mr Men universe together and by gosh am I excited! The Mr Men book series were an integral part of most of our childhoods and even if it wasn’t, the characters and stories are amongst the most recognisable in our cultural furniture.
And now it’s being released upon the world and you can get involved!
On Saturday 22nd April 2017 between 11 am and 3 pm those attending the Doctor Who Experience can immerse themselves the colourful illustrations of the World of Hargreaves to celebrate the launch of the wonderful new Doctor Who books from Adam Hargreaves. The son of Roger Hargreaves, the original author and illustrator of the classic Mr Men series, has taken on his father’s legacy and brings is opening it up to the rest of time and space. At this event, that will be accessible to all Doctor Who Experience visitors on that day, you’ll be able to have a look at how the new Doctor Who themed books have come to light along with a few other surprises promised as part of the experience.
There will be live drawing and signing by the illustrator and author of the books and the opportunity to see displays and original drawings from the books. This will include the world-first reveal of the next four Doctor Who meets the World of Hargreaves books released in April 2017; Doctor First, Doctor Fourth, Doctor Eleventh and Doctor Twelfth. Complete with cleverly crafted stories and references to the Doctor Who world, these books will entertain and delight young and old alike. 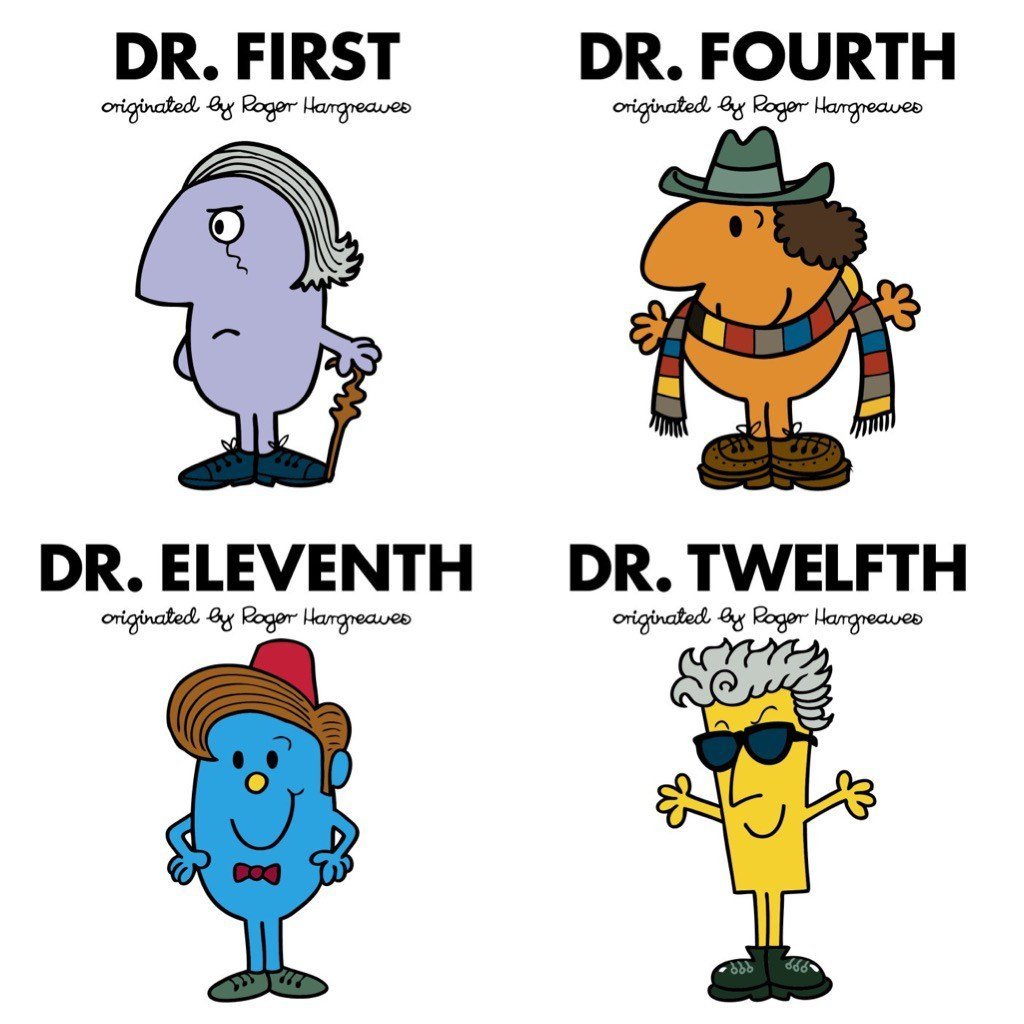 And if you can’t make it to this event, then there is another opportunity to experience the coming together of Doctor Who and the world of the Mr Men on Saturday 29th April at 1 pm at the London branch Forbidden Planet.
So make your way to any one of these events over the coming weekends and enjoy the tales of Roger Hargreaves with a Whovian twist!
You can purchase tickets for The World of Hargreaves at The Doctor Who Experience which runs from 11 am to 3 pm on April 22, 2017 – here.  For more information on the Forbidden Planet signing and to pre-order each Doctor Who Mr Men books here.

by Katie Gribble time to read: 2 min
News Smile! It's the PodKast With A K!
News What's Next for Steven Moffat and Mark Gatiss…
0
%d bloggers like this: