Check Out These New Images From Knock Knock

For those of you clamouring to get to the bottom of the mystery of what Poirot is doing inside that apparently carnivorous house then fear not, as the BBC have unveiled a few more tantalising clues before the episode, entitled Knock Knock, airs this Saturday.
Okay, so the pictures of the new episode, written by Mike Bartlett (Doctor Foster) aren’t spoiler heavy but they do give us a closer look at a few potentially key moments. Firstly, there’s a new snap of The Landlord, a creepy, vaguely Time Lordy name for this week’s guest star, TV royalty David Suchet, who, spoiler alert, will be playing Bill’s (Pearl Mackie) new landlord. 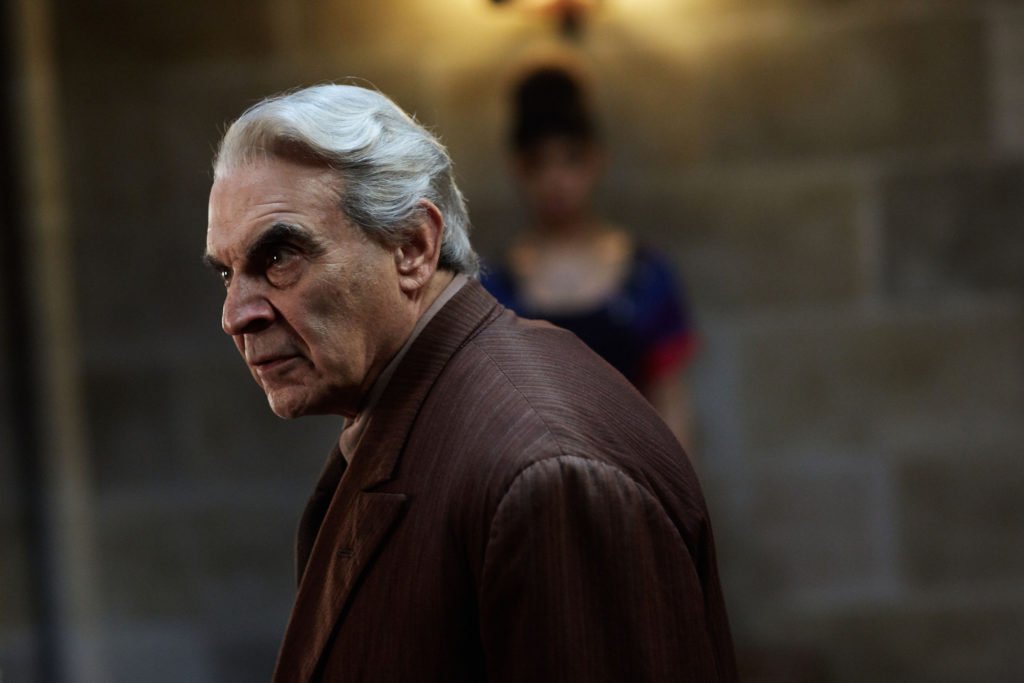 So far, so good but what’s this! A picture of a young boy in a school uniform who, according to the caption accompanying the image, is called the ‘Young Landlord’ handling what appear to be alien eggs? Seeds? Some sort of time/space McGuffin? Could these egg thingies be the reason there’s a wooden creature stalking the corridors of the house share? Or could it be one of Bill’s housemates transformed into a hipster Ent? Possibly while stealing her fellow housemates milk and topping it up with water? 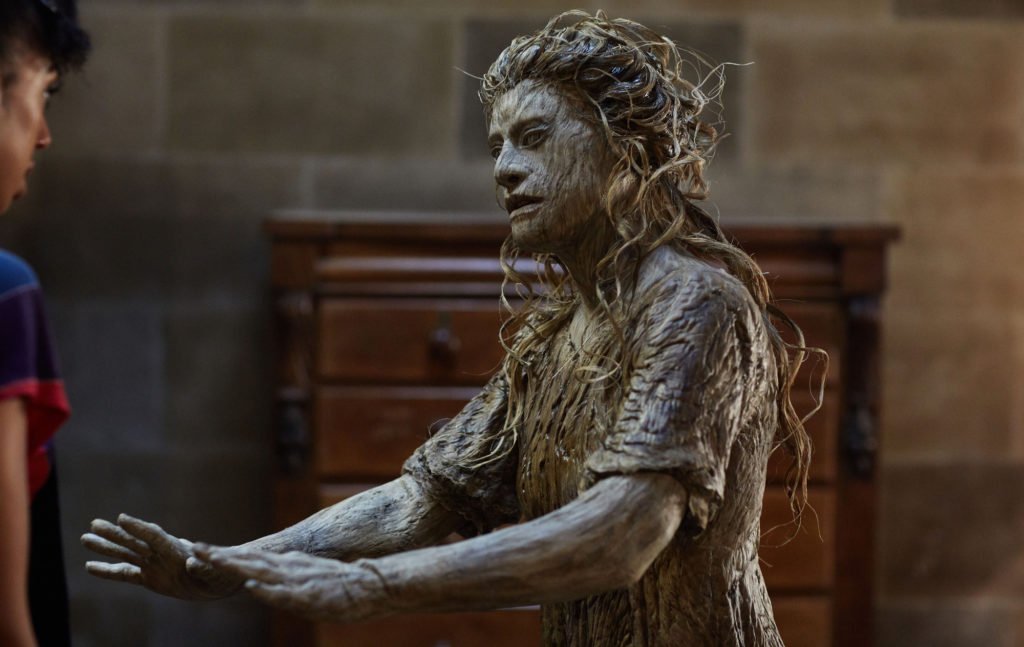 Well, maybe not that last point but still not only do we get a close look at her and some apparent negotiations between her and The Landlord – with the Doctor (Peter Capaldi) as a broker between the two. Interestingly, as the Radio Times points out, we’ve only seen these creatures in photos, so does this mean there’s only one of them or an entire invading, identical force? Then there’s the other alien creature making it’s bow this week, the inter-dimensional bug seen creeping through the walls of the house. 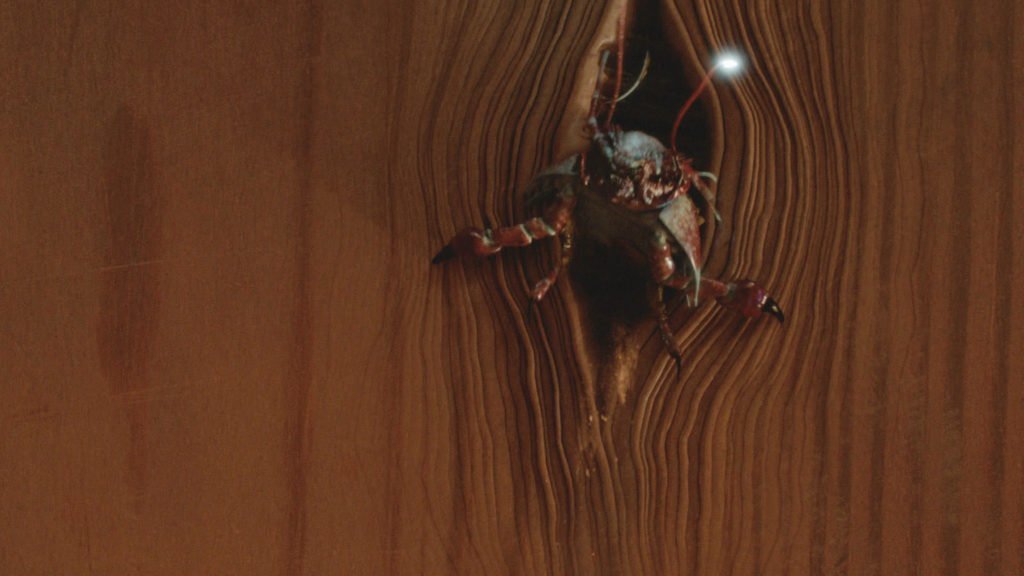 Are they the dark secret at the centre of this mystery? Are they the creatures the Landlord is negotiating over? Do they come from the egg/seed thingies last seen being coveted by the ‘Young Landlord’?
The mystery continues…Oh, and here’s more images from Knock Knock featuring the housemates Pavel (Bart Suavek), Shireen (Mandeep Dhillon), Paul (Ben Presley), Harry (Colin Harry) and Felicity (Alice Hewkin).

Of course, we won’t be able to solve this particular riddle until this Saturday when Doctor Who returns with Knock Knock on BBC One at 7:20 pm.

Check Out These New Images From Knock Knock

by Andrew Reynolds time to read: 2 min
News Skype Launches First Ever Doctor Who Bot – T…
News From The Archives: Pearl Mackie Announced as New C…
3
%d bloggers like this: