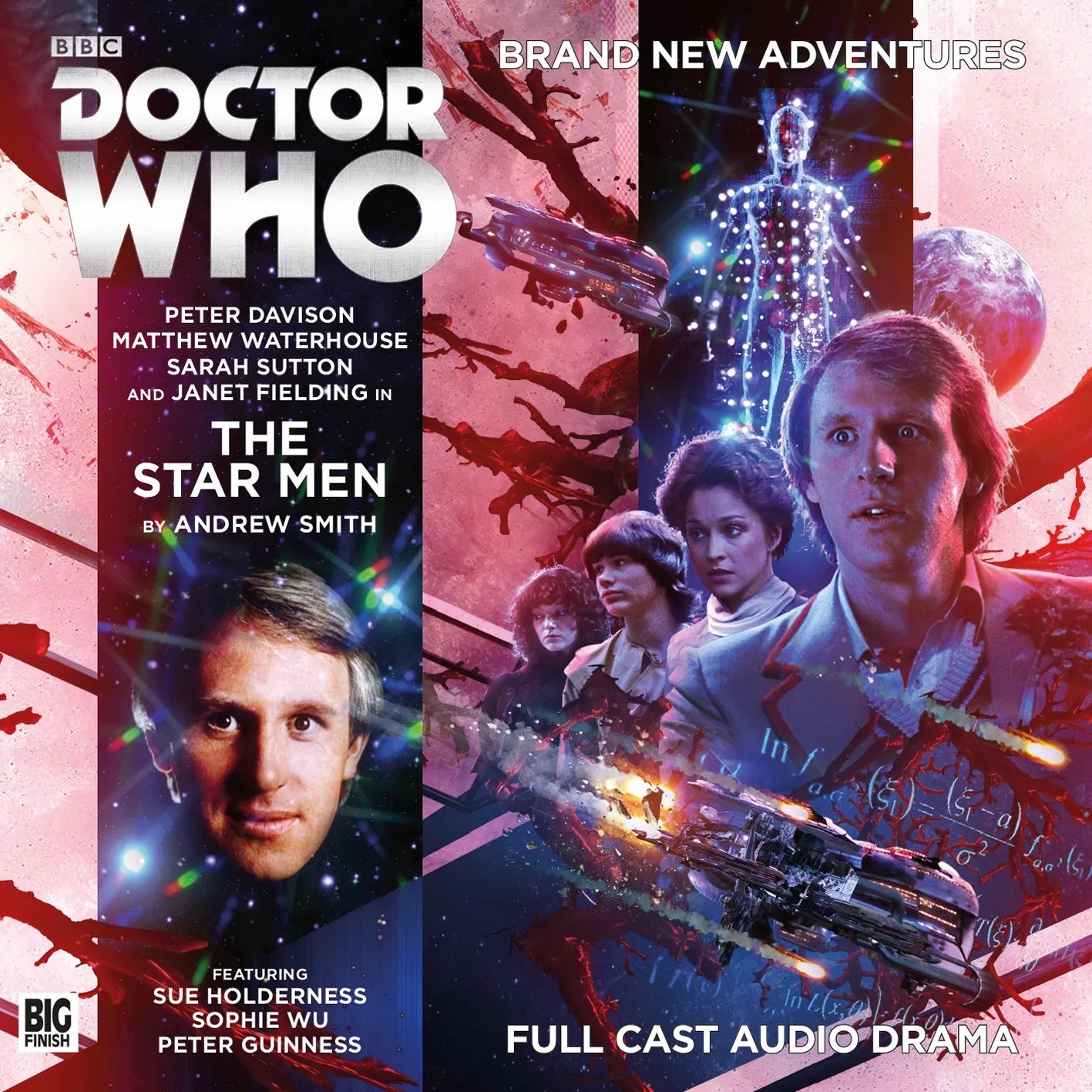 I’m being honest with you all, dear readers, this reviewer must admit to not being a huge fan of writer Andrew Smith. Some of his offerings many years ago didn’t strike the correct Doctor Who chord that enriches that special sense of fun that makes the series so unique.

But over the many years that he’s been contributing to Big Finish now, his tales have been getting better and better, to the point where you can track his work and hear it mature and grow from 1980 up until 2017.

The Star Men stands out as Smith’s best work yet, and coupled with the fact that he’s come up with some cracking Doctor Who stories in the last few years, that’s really saying something.

Perhaps it doesn’t break entirely new ground and perhaps the central villain is not quite as clever or malevolent as the play would like him to be but with Smith’s thoughtful characterisation of the Doctor (Peter Davison), Adric (Matthew Waterhouse), Nyssa (Sarah Sutton)and Tegan (Janet Fielding) as well as a slew of secondary characters with interesting stories and believable flaws, he creates a stimulating play that is hard to stop enjoying.

As the writer who had a large part in creating the character, Smith uses The Star Men to enrich Adric and give him something viable and important to do here. In fact, Smith creates one of Adric’s most believable relationships to date in this offering. Actor Matthew Waterhouse clearly understands the rich material in his hands and produces one of his best performances as the young Alzerian yet.

Nyssa and Tegan have plenty to do here as well but do at times seem to have a slight fodder feel about them, pushed ever so lightly aside to allow the Doctor and Adric more room for manoeuvre. And of course, Davison ignites a passionate flame as the Fifth Doctor, proving as ever how provocative his Doctor can be, flitting from an open sense of innocence to an incensed rage when confronting the dastardly and eponymous Star Men.

The Star Men is good and strong start to the 2017 Big Finish main range, with high stakes and high drama leading to a satisfying conclusion. It’s a good, solid slice of Doctor Who and well worth your time.