It’s funny how the episodes of Doctor Who that you remember well are often the ones you hate. Look at its eighth series. Time Heist was thoroughly enjoyable, but when I come to think about it now its details fade into oblivion, with large chunks of narrative missing from my personal recollections, like the bits of brain that the Teller removed. Conversely, the two-part series finale, Dark Water / Death In Heaven – and the subject of volume #4 of the Black Archive collection of critical analyses – is an episode that will not leave my head despite all efforts to try and banish it. For good or ill it is memorable, and perhaps that’s why it made the Archive list. “The memories that hang heaviest are the easiest to recall,” wrote Julie Gregory – and while she was writing about Munchausen by Proxy, the theory stands up here, even if it seems more than a little insulting to apply it to memories of a TV programme.
I first encountered Philip Purser-Hallard at a liberal Christian arts festival almost 12 years ago. The rebooted edition of Doctor Who had just finished its inaugural series, and it had piqued the curiosity of its audience, many of whom had questions about some of the themes. Purser-Hallard spoke about the subject for an hour, and he was instrumental in shaping my understanding of the redemptive narrative – his reading of the Biblical messages in The Long Game had everybody chuckling, and his conviction that the series finale was nowhere near as God-rejecting as we’d feared gave everybody pause for thought. Heck, he almost had me believing it.
It’s perhaps no great surprise that religion figures in Purser-Hallard’s analysis of the Series 8 finale, at least when it comes to Christmas and the afterlife – but he doesn’t stop there. He tackles Dark Water and its blood-soaked companion with the same sort of aplomb as you’re likely to find in anything else he’s written, but what’s refreshing about his deconstruction of the episodes is the lack of sycophantic fawning that many contemporary analyses of Doctor Who seem to have in abundance. Purser-Hallard gives credit where it is due (and occasionally where it is not), but does not suffer plot holes gladly, and is as keen as the harshest critic to point out the story’s narrative flaws: “It scarcely seems plausible,” he writes, “that a discovery like Dr Skarosa’s and a service like 3W’s could exist in the world where Clara lives and works without her becoming aware of it” – and that’s before we get to the Woman In The Shop. 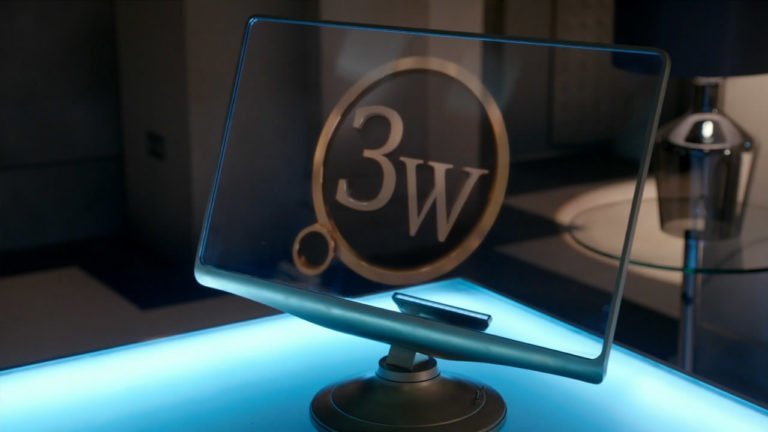 It’s curious that a significant chunk of the book is given over to a discussion of the episode’s chronological placement, existing as it does between Halloween and Christmas and shortly before Doctor Who‘s November ‘birthday’, thus employing narrative conceits as much for the benefit of the audience as it does for the characters in the programme. I’ve always argued that when critiquing Who episodes, scheduling is everything, and it’s clear that Purser-Hallard agrees, spending pages on poppies, tombs, and the Nick Frost cameo, and paying particular heed to occult themes, suggesting that “Even [the Cybermen’s] arbitrary vulnerabilities – radiation, gold, nail-polish remover – recall the sunlight and silver and garlic of vampire lore.”
For all that, contextualisation is a set of perpetually moving goalposts – something that the author makes note of in his conclusion. Episodes from Series 9 are cited liberally (special notice is given to The Zygon Inversion, which makes perfect sense given both its theme of conflict and chronological proximity to Armistice Day). This is quite deliberate, and is done not out of a drive for relevance, “but because each of them has affected, sometimes profoundly, some element of the interpretation of Dark Water / Death in Heaven“. In a world where TV producers usually work faster than book publishers the notion of out-of-date analysis must be a frustrating one for the writer, but Purser-Hallard seems almost reverential in his acknowledgement that the shifting sands are what make Doctor Who so exciting – keen as he is to embrace the fact that “One day, everything in this book will be wrong.”
As with other titles in the Black Archive collection, this volume is compartmentalised thematically, with death, cyberpunk, and the role of the series finale all getting their turn. When it comes to discussing the episode itself there is plenty of meat, but it’s in expanding its role within the Whoniverse that the book excels. Chapter four is an eye-opener: Purser-Hallard talks at length about the sexuality of the Master/ Missy, both in terms of his reconfigured gender and the gay undertones of both Simm’s incarnation and Ainley’s, noting that the latter “spends much of his final episode leading a leather-clad young man around on a leash”. 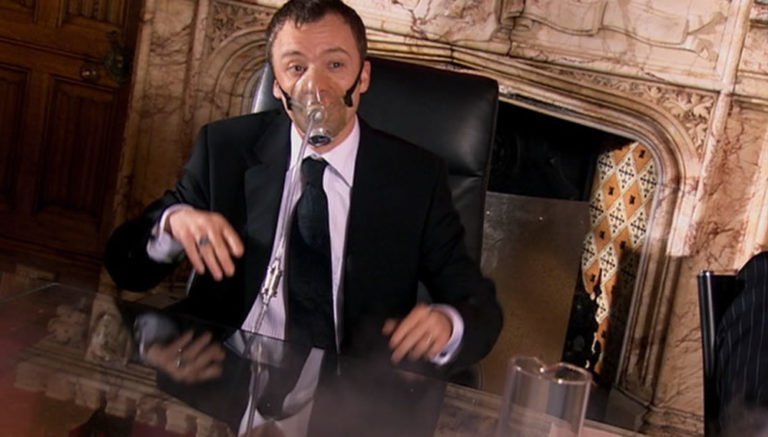 The text is replete with subtleties that the casual viewer is wont to miss – the significance of the Cyber-Brigadier’s nod, for example, when the Doctor salutes him – and you find yourself involuntarily seeking out transcripts and Googling key scenes to check on details that you’d failed to spot first time round; explaining a joke is often the quickest way to kill it, but the enthusiasm with which Purser-Hallard unpacks the text is infectious. Slightly more irritating is a tendency to temper intelligent academic discourse with verbose redundancies – “Obviously it is a coincidence,” he writes at one point, “that [Halloween and Remembrance Sunday] fall so closely together, as none of the signatories to the 1918 armistice can have had such a thing in mind”. In an otherwise cerebral critical analysis statements like this jar, and you can’t help but wonder whether a more zealous copy-editor might have honed the manuscript into something even sharper.
For all that, it’s an excellent read. As with other titles in the series the thematic split works, despite some inevitable overlap, and chapters are short enough to be read in a single sitting, almost as essays in their own right if the notion of tackling 170 pages of analysis (plus the 10-page bibliography) all at once is too much to bear. It’s insightful but unpretentious, and thought-provoking but accessible. It doesn’t make me want to go and want to watch the episode again, but that would have been an even greater achievement than raising the dead.
Black Archive #4: Deep Water/Death in Heaven is available to buy now.