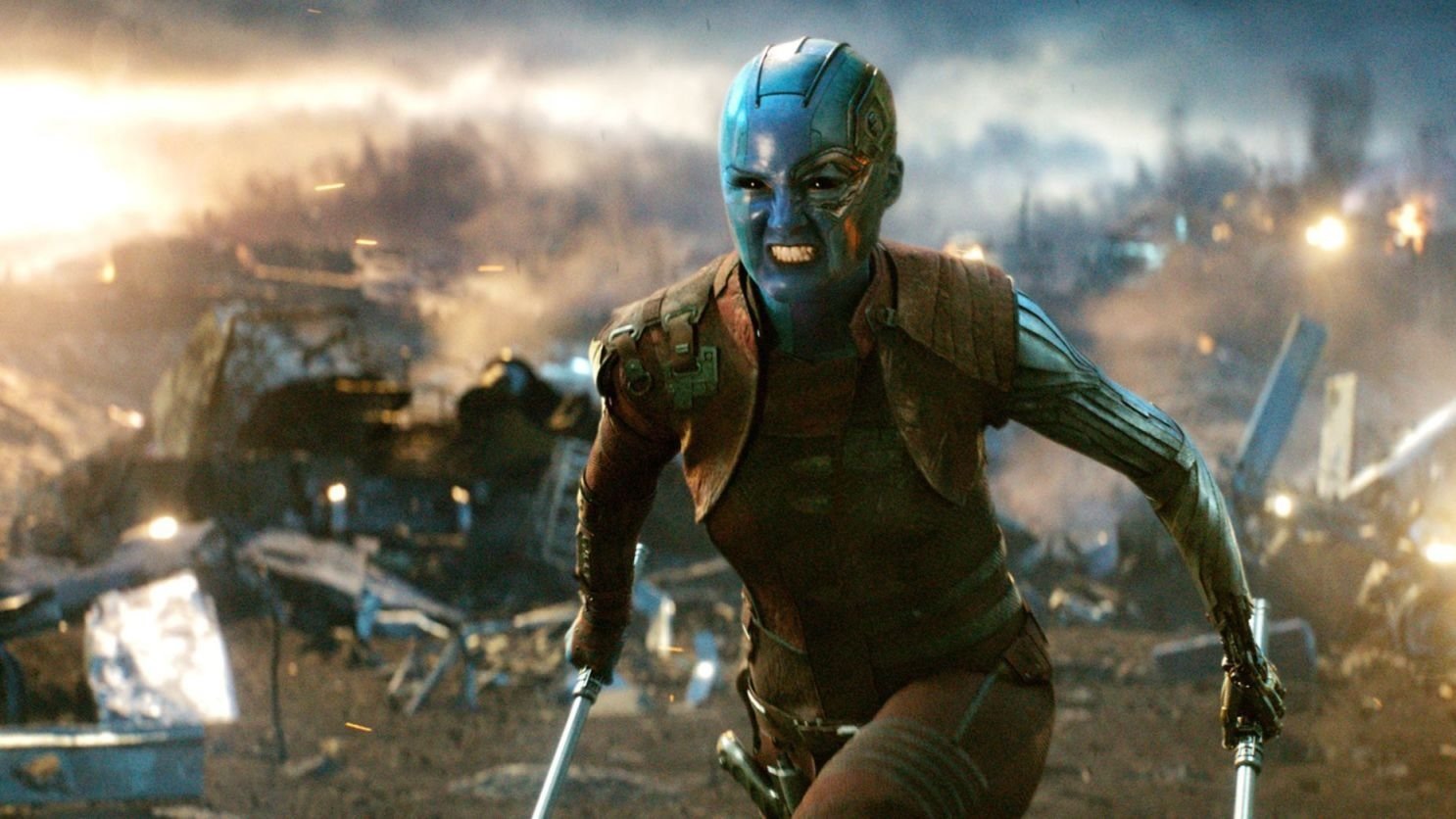 Marvel fans who watched Guardians of the Galaxy Vol. 2 might have noticed how tragic Nebula’s backstory is. Well, things are going to get a lot more chilling, according to Karen Gillan, known to Doctor Who viewers as Amy Pond.

Nebula was the first major job Karen obtained after leaving Doctor Who in 2012, and she reprised the role again for its sequel, released earlier this year. But speaking at a Florida SuperCon panel, she teased that Nebula’s history will be further examined in Avengers: Infinity War:

“Without giving away any spoilers, we’re definitely going to continue the arc for Nebula and find out more about her past. And actually, we’re going to find out that it’s even worse than we know… We’re going to see her confront all of it. It’s going to be like an emotional explosion.”

The third Avengers film will be directed by Joe and Anthony Russo (Captain America: The Winter Soldier) and sees the heroes come up against the Mad Titan, Thanos (Josh Brolin) – who just so happens to be Nebula’s father.

While we don’t expect masses of screen-time for Gillan’s character – seriously, the number of cast members confirmed to be in the movie is immense – she should at least play a fairly considerable role, alongside her sister, Gamora (Zoe Saldana), one of the aforementioned Guardians.

Guardians of the Galaxy Vol. 2 (minor spoiler alert) already expanded on her past, detailing how Nebula and Gamora were forced to fight each other for Thanos’ entertainment, and the loser (invariably the former) would be subjected to experiments to her body, leaving her a cyborg.

Avengers: Infinity War also stars Chris Evans as Captain America, Robert Downey Jr. as Iron Man, Chris Hemsworth as Thor, Scarlett Johansson as the Black Widow, Mark Ruffalo as Bruce Banner, Jeremy Renner as Hawkeye, Benedict Cumberbatch as Dr. Strange, and many, many more. It’s due in UK cinemas on 27th April 2018, and US theatres on 4th May 2018.

If you want to see Karen as Nebula, be sure to pick up Guardians of the Galaxy Vol. 2 when it comes out on DVD and Blu-ray on 4th September 2017. That’s next month! It’s a fantastic film, and the DWC is excited to watch it again.

by Philip Bates time to read: 2 min
News Matt Smith Sang A Welcome To New Doctor Jodie Whit…
News David Tennant's Definition of Doctor Who Will…
0
%d bloggers like this: