Doctor Who fans of a certain age can be a curmudgeonly bunch, forever telling the younger generation how much better they have it nowadays. “Not like it was in our day”, they say in their best impression of Monty Python’s Four Yorkshiremen sketch, “We had no repeats! No internet! None of your DVDs! If we wanted to enjoy Doctor Who we had to watch on Saturdays before we had a cold bath in’t front room! But we was happy!”
It’s pointless telling people how hard the old days used to be, of course, but I’ve always felt one area where people like myself who were children of the 1970s did miss out was that of Doctor Who action figures. 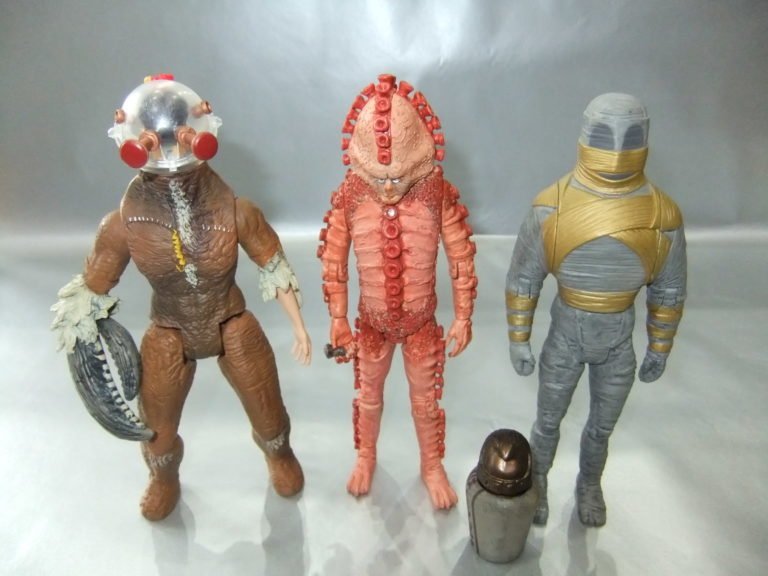 To my enduring regret, it seems nobody in the toy industry towards the end of that decade saw the potential of cashing in on the Star Wars boom and having a go at a Doctor Who range. They surely would have had a big success on their hands in the mid-Tom Baker era when the show attracted upwards of 12 million viewers as part of (cliché alert) BBC1’s legendary Saturday night schedule.
There were the Denys Fisher dolls but they had their roots in the larger dolls of the Action Man range (though you would never have heard the 1970s me using the word ‘dolls’ to describe them…). A hit and miss series (great Giant Robot, very iffy Cyberman), they were costlier purchases than smaller action figures and were never likely to extend to the kind of range I would have wanted to see with lots of monsters and companions becoming available.
Eventually Dapol came along and produced an extensive range of figures from the late 1980’s onwards. But by then Doctor Who was nowhere near as successful as it had been in the previous decade and children’s attention had moved on to electronic games and Teenage Mutant Ninja Turtles, so a hit of Death Star proportions was never on the cards. 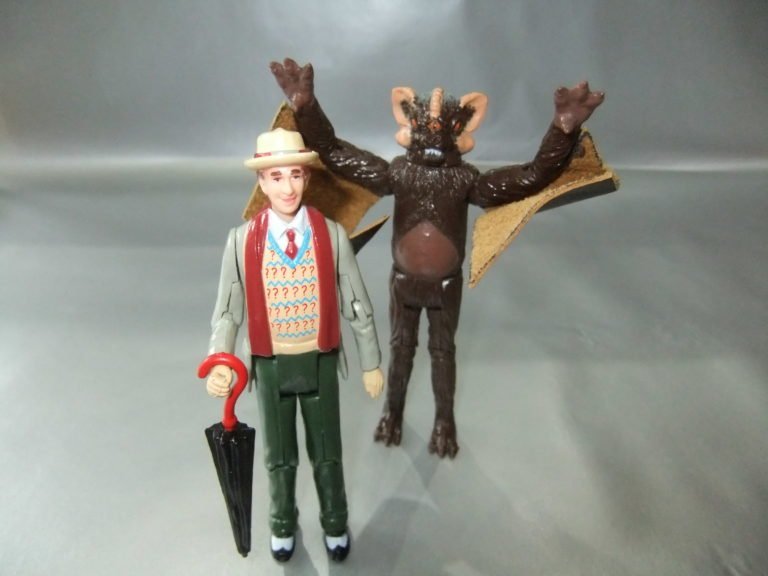 Dapol had a good run of over 15 years, even operating a Doctor Who exhibition for a while and their range had some highlights (the Tetrap’s leather wings are a nice touch) but isn’t very fondly-remembered today. Perhaps this is due to the iffy sculpting on some figures or the inaccuracies which fans have poked fun at over the years (a green K9, a five-sided TARDIS console, a two-handed Davros who looked like he was busting some moves on the dance floor), though I tend to think those things all add to the enjoyment.
Dapol’s licence expired in 2002, not long before the BBC decided to revive the show, and it was another company that got to produce the tie-in action figures. Character Options made a massive success of their licence, with their larger talking Daleks becoming the must-have toys of Christmas 2005 – confirmation of the enduring appeal of Terry Nation’s creations, over four decades after they first appeared. 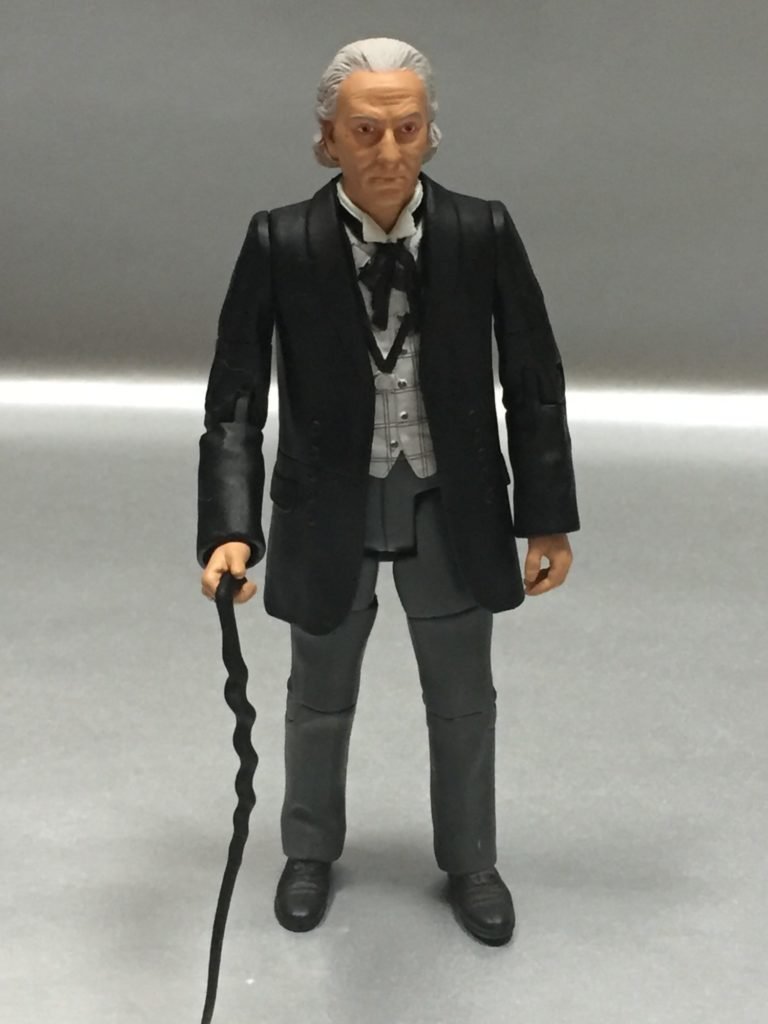 But what truly made my heart sing was Character’s wonderful range of classic-era figures – old Doctors, monsters from the Hinchcliffe era, Magnus Greel and Mister Sin available to buy at last! This was what my eight-year old self had been crying out for. I bought quite a few of them, naturally enough, and though the excitement may not have been quite on the same level as when I was of primary school age, it was wonderful to see the accuracy of the sculpts, and they do look rather fine on a bookshelf.
It now feels as though the glory days of this range have passed – a combination, perhaps, of the most significant characters and monsters having being covered and – a huge bone of contention for collectors, this – the unpopular decision to start making the main releases in a smaller size. Character seem to have realised that they have a substantial base of older collectors, however, and have continued to make selected larger size editions, often available as exclusive sets at Forbidden Planet and B&M. 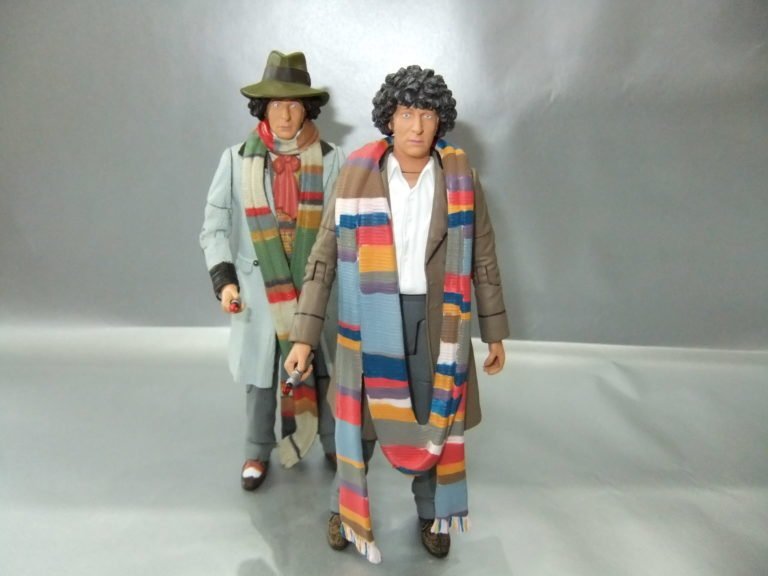 They continue to be the item of merchandise I make a special effort to look out for, even if I’m not tempted to buy in every instance. I have to admit that a new variation on the Fourth Doctor is usually enough to lure me into opening my wallet. It’s almost as though someone sees me coming…

by Jonathan Appleton time to read: 3 min
Features Titan's Third Doctor Comic Shows How to Appro…
Features 8 Reasons You Need to Visit the Doctor Who Experie…
8
%d bloggers like this: