Dethras! Doesn’t the title just invoke the late Baker period?
This Big Finish tale, set just before Tom Baker’s final season, feels very much in place at the then-invisible, now quite visible, front-end to Season 18. We have Tom Baker and Lalla Ward, back as their respective characters, in a tale that plays an amicable good balance between invoking nostalgia for a lost era, peppered with aspects that would never have made it to the television screen – and with one particular character, perhaps with good reason.
It’s hard to really divulge a broad synopsis for this tale without giving anything away. I’ll just limit it to a few words then. Ape. Submarine. Dethras. That will do.
There’s a lot here that fits, for me, with this era, beyond the title. Dethras is a bit of a bridging point between Seasons 17 and 18, with flavours of both. There’s the lightness of Season 17 in terms of characters and the overall threat, but there’s a Season 18 thinking to the broader questions of science and philosophy. I found the limited settings felt quite Season 18 – I could picture this story in my head. Listening to the story, I could envision how it would play out on a 1980s television set. Dethras has a limited cast and just a few set pieces; perfect for Season 18. The FX match the era well. In my aforementioned head, my nostalgia gears can conjure up visions of 1980 CSO special effects and sub Star Wars space-crafts drifting an overlit void – a space battle between the imagination of an author and the eager yet spartan television production values.

Yes, and I can also (sadly) imagine the BBC pulling out a tatty ape suit and using it on some poor actor for four episodes. As you are probably gathering, the story feels very well placed in terms of era.
But does it add anything new? Well, maybe very little actually, but really, must it? Yes, Baker’s performance still carries that more mellow vibe he’s engaged for the more recent Big Finish stories, but I feel his audio “Doctor” of late has been far closer to his television persona than the earlier BF tales. Romana is a little sharper than her television appearances, but I think this emboldens the character. They don’t feel out of place with the era; the bickering is there, as is their friendship.
The rest of the cast do a good job, with The Keeper of Traken’s flawed antagonist Shelia Ruskin returning to play another flawed antagonist, very much in the style of a Season 17 pompous, militant agitator. Alistair Petrie returns to Big Finish and offers a subdued, but effective performance as John. It’s a solid debut script by Adrian Poynton, who keeps Baker’s Doctor in character – a task some writers struggle with.
Dethras is a fun tale. It’s not as sombre as Season 18, nor as vibrant and gung-ho as Season 17. It sits on the cusp of both, reflecting that cross-over between production styles. Be that the intention or not, that’s how I see Dethras. I don’t think it’s a tale that really challenges Doctor Who in style, format, or tone, but it does manage to capture all three in recreating an odd little tale that homages the show’s turning point at the back-end of the Seventies. Sit back, go back, and enjoy.
The Fourth Doctor Adventures: Dethras is out now from Big Finish, priced £10.99 as a CD or £8.99 as a download. 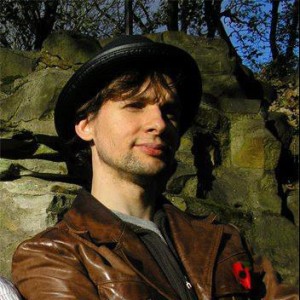