Sonic Feedback: Here's What You Thought of Knock Knock!

“There’s a haunted house and wood lice from space. And lots of young people get eaten.”
A little later than planned (you’ll have to excuse me, I’ve been stuck in the floorboards for absolutely ages…) it’s time to present our retrospective on what you thought of Knock Knock!
The fourth episode of Series 10 (and doesn’t it seem a long time ago now?), the story was notable for a heavily trailed guest appearance from David Suchet and an eagerly awaited script by current script-writing hot property, Mike Bartlett who is having a memorable year with his screen adaptation of King Charles III (broadcast in the same week as Knock Knock) and the recent second series of hit divorce-from-hell drama, Doctor Foster.
But how did Bartlett’s Doctor Who debut go down? As is customary, DWC was on the case with a snap poll (well, the poll was snappy, the results less so…) to gauge readers’ reactions following transmission in May. Without further ado, let’s see the results!

A fair spread of opinions then, ranging from ringing endorsements to howls of despair – a response which mirrors the critical reaction from reviewers, based on my own overview of a few sources including The Guardian (“another cracking story in a series yet to drop a dud”), Radio Times (“For the first 35 minutes or so I’m enthralled. Unfortunately, it show signs of collapsing like a soufflé during the denouement”), and SFX (“a thoroughly adequate, infuriatingly inoffensive episode”). Our own Matt Badham took a balanced view, praising the performances but questioning whether the scarier elements were suitable for young viewers, as well as raising doubts about aspects of the plotting.
Not being the biggest fan of the Doctor Who-as-fairy-tale style type of story which this episode seemed to embody, I found this one of the lesser lights of the most recent series – my own post-show reaction was that it wouldn’t have been out of place as one of those text stories in the old Doctor Who annuals of the ’70s and ’80s – but hey, it’s not about what I think! Readers, it’s over to you…
Regular correspondent, bar was full of praise for David Suchet:

“Suchet was stunning – a little boy who turned to wood himself when his mummy ‘died’, and never grew up inside. So many delicate changes in vocal tones. Underplayed to perfection.” 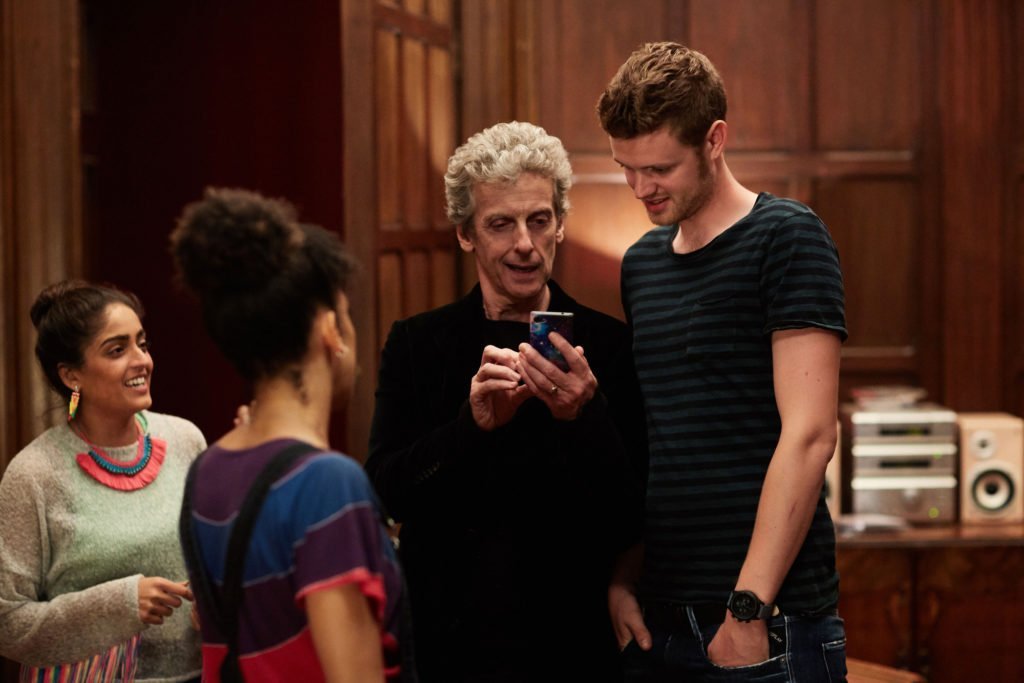 Ranger was similarly impressed by the episode’s guest star:

“I knew David Suchet was going to be great, so no surprises there, I loved every nuance of his very understated performance; even given the horror of what he did, I felt total sympathy for him.”

Planet of the Deaf was another happy customer:

“I thought that was very enjoyable, indeed probably my favourite of the series so far.”

It fell to Rick714 to raise a dissenting voice in the post-epsiode discussion:

“Average at best. Cliched. Avoidable danger… also surprised that all the past victims didn’t pop out of the woodwork once she let this batch of kids go.”

Perhaps the last word on Knock Knock should go to Peter Rabytt, who although impressed overall (“Another decent episode, which I enjoyed. Good series so far.”) couldn’t stop himself bringing up an obvious question:

“Personally I wouldn’t have moved into that house if you’d paid me, let alone if it was cheap!”

Truer words…
It’s fair to say that fandom had mixed feelings about Knock Knock, but generally, Series 10 is going down well.

Sonic Feedback: Here's What You Thought of Knock Knock!

by Jonathan Appleton time to read: 2 min
News Out Now: Titan Comics' Doctor Who – The…
News Coming Soon – The Doctors: Time and Space Co…
0
%d bloggers like this: