We rarely get a glimpse into the psyche of the Doctor and, for a large part of Amy’s Choice, it’s kept from us.
Much like the Doctor himself, we revel in the side of his personality that he wants us to believe in – the bumbling, charming, gregarious man who saves the universe – no questions asked. It’s not often that we get to see his self-lacerating side; a mean little impish man who pulls apart his ‘tawdry quirks’ and his penchant for taking on board young, female companions and discarding them with little regard for their lives outside of the TARDIS.
For a man who carries himself with such self-regard, he has a vicious self-lacerating streak.
In the form of Toby Jones, we get the perfect dramatization of this mirror Doctor. The demonic, puckish Dream Lord possesses the same disarming wit and flare for insight as the Doctor himself but instead of bringing people together, he harbours a creeping sense of unease with every cutting remark. He’s not a comfortable man to share any space with – he’s the Doctor’s alien persona built on driving a wedge between those around him with no regard for anyone’s personal safety: in other words, he’s the Doctor’s biggest fear made real.
In the opening moments, this fear is largely played for laughs – the Doctor turns up to the Williams’ idyllic village home, fails to notice how pregnant Amy is, and gently prods at Rory’s vision of contentment as a boring humdrum nightmare he accidentally stumbled into. He basically lies to them about ‘checking in’ on his companions after he’s left them, although there seems to be no resentment from either party. 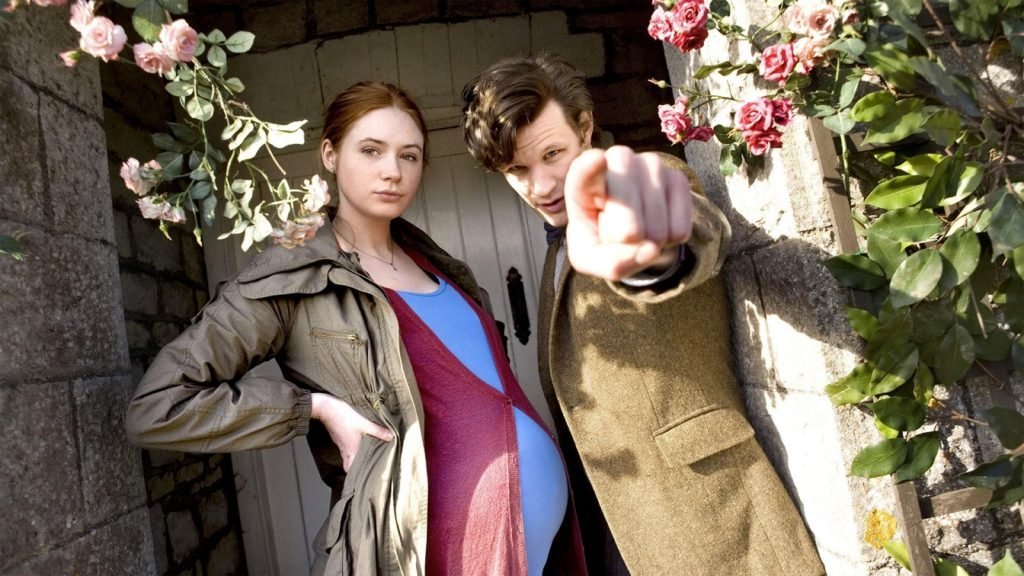 It’s this schism between Rory and the Doctor – and conversely, their relationship with Amy – that drives the rest of the episode; both worlds represent an ideal for both men, one features an impending disaster that could only be solved by the Doctor and the other has a pub and two shops, and in the middle of all of this the Dream Lord, breaking down the barriers between the two with layers of doubt.
Although we’ve already travelled with Rory before in Vampires of Venice, this is the first time we get to see him as a fully-rounded character; someone who has a very strong emotional hold on the affections of Amy.
Sure, he cannot compete with the charming intergalactic hero, but, in his heart, he is a decent man – even if he does recognise his timidity in the face of adventure as a weakness, hence the ‘elephant in the room’: the ponytail.
It might seem like a throwaway gag, and a particularly weak one at that, but that flap of hair says something about his need to compete with the Doctor – sure, it could be read as one last throw of the dice against impending fatherhood but, again, this is someone whose partner has been enchanted by travelling through space and time. The fact that he sees the ponytail as a clear sign that he does have an adventurous streak is utterly charming.
Much like the Doctor himself, he genuinely cannot compete with his fellow combatant because he has nothing other than his belief in who he is to back him up. As the Doctor’s frustration with Upper Leadworth shows, it’s not an equal fight for either of them (the Doctor doesn’t do contentment in much the same way Rory doesn’t do adventure), despite Rory’s brief flirtation with a questionable hairstyle.
The whole episode serves to put to bed once and for all, the underlying sexual tension between the Doctor and Amy and ultimately, when the moment comes and Rory is turned to ash by the pressing horde of geriatric aliens (perhaps the episode’s weakness element – they’re too underdeveloped to feel like anything more than a gimmick), she chooses to settle for Rory.
What’s great about this isn’t that Amy makes a choice; it’s that the Doctor doesn’t argue with her. This is the important thing: as Amy gets into the VW camper van, hell bent on crashing it into their idyllic home and ending this reality, the Doctor doesn’t attempt to change her mind. 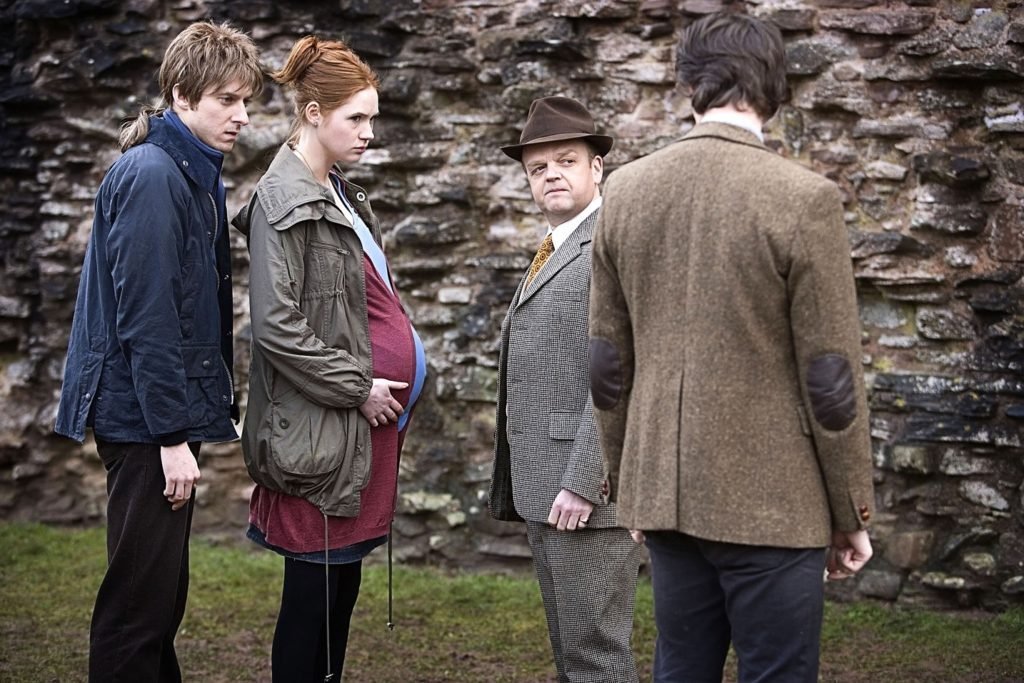 He could easily tell her she’s grieving and in shock, and the Dream Lord knows this too; in the best moment in the episode, the pair exchange a silent glance as the Doctor enters the van. The Doctor’s fate isn’t sealed by his actions but rather by his faith in his companion, something that even the acidic Dream Lord, with his self-immolating trial of the Doctor (and there was a brief moment where he could very well have been an embryonic Valeyard – and what a way to introduce him) cannot counter.
For one, it’s the code in which he lives by, and for his darker alter ego, it’s a weakness – both begrudgingly acknowledge the other as one world ends and an answer presents itself.
You could argue that the Dream Lord won.
Rory’s death posed a problem that the Doctor (with his lack of intervention and aloofness) simply couldn’t address. He knows he cannot bring him back or as Amy succinctly puts it: ‘What is the point of you?’ and therefore, he is broken.
He’s operating in a world where he has no control anymore and as he quietly asks Amy how can she be sure that this world is the dream world, he surrenders any sense of self to her. Once we are back in the TARDIS, he is back in control of the situation – the Dream Lord admitting he is defeated is just another level of subterfuge, a last desperate throw of the dice to stop the Doctor from ultimately regaining control. It’s doomed to fail.
Like I said, that look between the two of them is the best moment of the episode because it carries such potential and it’s testament to Toby Jones performance and Simon Nye’s script.
Some episodes are big on spectacle and live long in the memory for the damage they leave in their wake; others offer us a quieter, more thoughtful look at the world the Doctor inhabits and the people he chooses to surround himself with.
Amy’s Choice works so well because it gives us a chance to get to know our main characters – even if they are sharing details they would rather they didn’t.
(Adapted from an article originally published on Kasterborous in January 2016.)

by Andrew Reynolds time to read: 4 min
Features Why I was wrong about Matt Smith
Features Sonic Feedback: Here’s What You Thought of Extre…
7
%d bloggers like this: