It’s 1996. The resurrection of a television legend at this stage required foreign money. Under the guiding wing of Philip Segal, Universal and Fox invested in a project to redevelop and reboot Doctor Who.
For the previous 9 years, Segal had been involved in an attempt to make an American version of the show, calling on different production companies and a legion of writers to re-package the show. Screen-tested were a host of actors including Mark McGann, Tony Slattery, Harry Van Gorkum, and Rob Heyland. Eventually chosen was a reluctant Paul McGann, a popular British character actor, whose recent credits had included The Hanging Gale (in which he starred with his three brothers, Stephen, Mark, and Joe), Alien³, and Nice Town. But he was most well known for his roles in the BBC series, The Monocled Mutineer and the Bruce Robinson film, Withnail & I.
McGann’s view of the Doctor appears to be one of a lonely wanderer, spending his life looking for¦something. This was reflected in Philip Segal’s own view; his show “Bible” produced by John Leekley concerned a madcap tale of the Doctor searching for his father, guided by a TARDIS possessed by the spirit of Borusa. Paul McGann also seemed keen to visit important dates in Earth history, a subject that would be touched upon in his later audio stories. 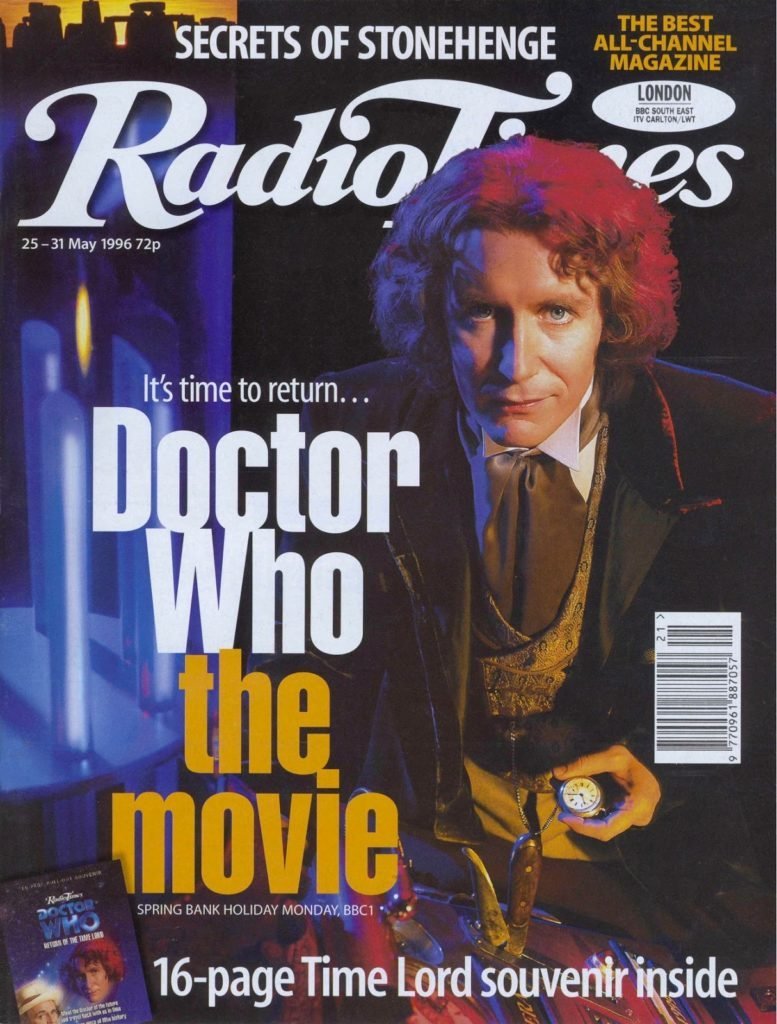 The announcement in January 1996 that Doctor Who would be returning to a television set near you was one embraced with wonder and anticipation by fans the world over. As the weeks ticked by, filming was begun and completed, and soon Paul McGann was on the cover of TV magazines throughout the UK, occasionally alongside the outgoing Seventh Doctor, Sylvester McCoy. On board as director was Geoffrey Sax, well known for his work in British television (Spitting Image, Lovejoy, The New Statesman, and Tipping the Velvet since) and the script was by Young Indiana Jones writer, Matthew Jacobs. Filming appeared to go relatively smoothly, with only the occasional murmur regarding the behaviour of the famously difficult Eric Roberts (who has since found a niche playing bad guys on TV in series such as Heroes). At a late stage, what can only be classed in retrospect as important plot details were excised from the script, as was a physical appearance by some aliens called Daleks…
The Doctor is defined in this TV Movie as a man appreciative of music, nature, and science, a lover of Earth, and half-human. This one line -“I’m half human, on my mother’s side” – caused quite a stir in the fan-audience contingent, and is a point of considerable debate, even after all these years. With little under an hour of screen time, however, Paul McGann created a fresh new Doctor, resplendent in 19th Century frock-coat and Byron-esque curls. This performance, complete with moments which harked back to both Patrick Troughton and Tom Baker, was certainly enough for the authors of the BBC Books range to work from.
As a hero, McGann’s Doctor is on a par with Pertwee, motor biking it down the central reservation and engaging in physical combat with the Master. As a personality, the Eighth Doctor possesses a charm and demeanour all his own yet recognisably the Doctor – why not let him kiss an Earth lady? 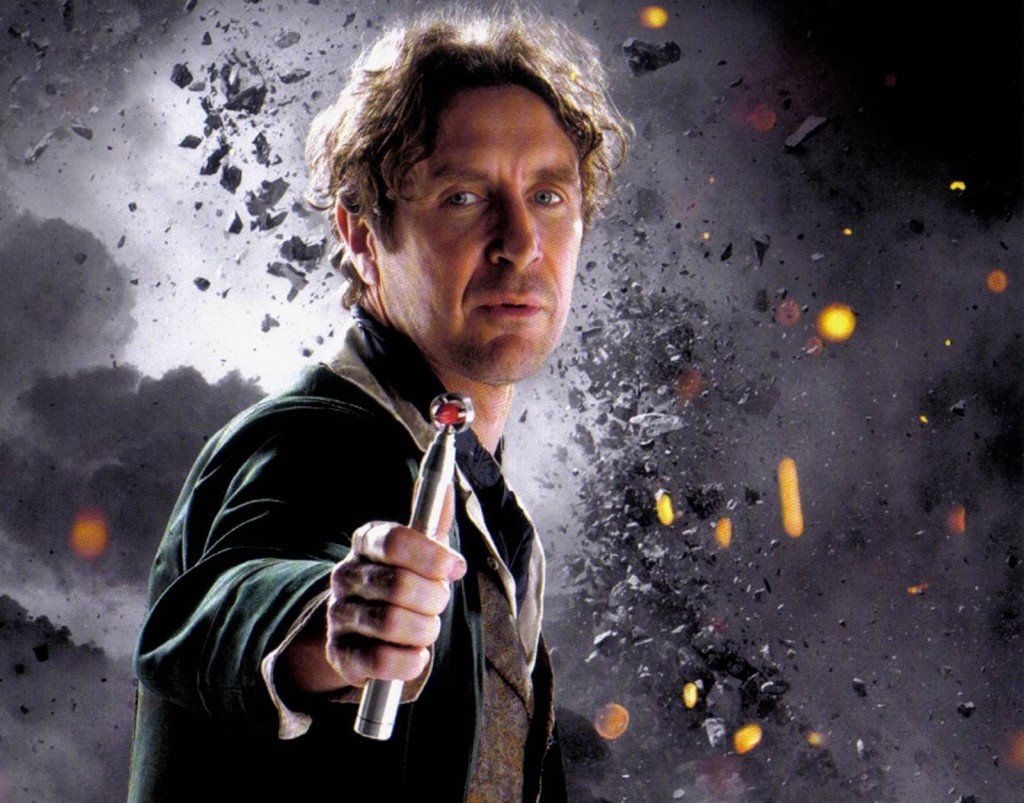 This other controversial element to the script offended many of the more vociferous fans, and led Doctor Who fandom to seriously embrace or discard The TV Movie as “canon” for many years – at least until the Doctor kissed another human, this one a Miss Rose Tyler in The Parting of the Ways (2005). In truth, the kiss is innocent, innocuous, and honest; surely we can forgive this first act of intimacy?
In truth, the Eighth Doctor was executed with emotional gravitas, inner strength, intelligence, and charm. Through comic strips in Doctor Who Magazine, Virgin and BBC Books adventures, and the wonderful people at Big Finish, the 60 minutes of screen time has mushroomed Paul McGann’s Doctor into the most well-traveled of them all. Whether in print or audio, some excellent moments have been derived from the “boil in the bag Doctor” performance. Among these includes the “regeneration” of the Eighth Doctor in DWM, the destruction of Gallifrey in the BBC Books, and the wonderful fact that you can actually hear Paul McGann as the Doctor on the Big Finish discs.
To the general viewing public, Paul McGann will always be known as the chap who appeared once; the George Lazenby of Doctor Who. The Night of the Doctor (2013) added a nice coda to this, but how many outside fan circles watched it? It is fair even now to say that he was perfect for the role and everything he has contributed to Doctor Who has been first class.
Paul McGann is the Eighth Doctor, and bloody good he is too.

(Adapted from an article originally published on Kasterborous in October 2004.)

by Christian Cawley time to read: 3 min
Features 8 New Era Doctor Who Stories That Should Get Targe…
Features A Brief Introduction to the Ice Warriors' TV …
3
%d bloggers like this: