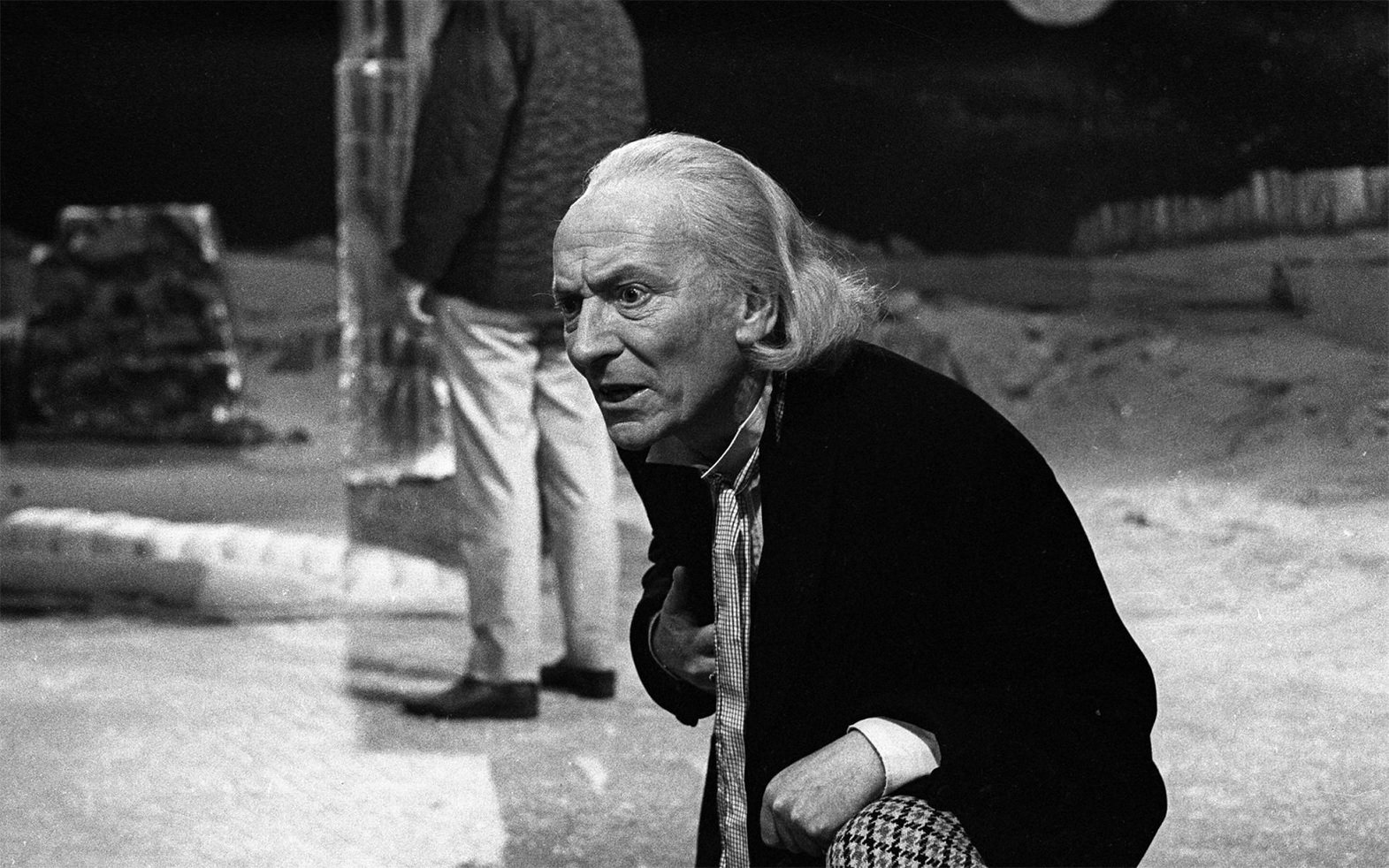 Or: that time the First Doctor played Cliff Richards’ father.

A fascinating glimpse of William Hartnell’s career after Doctor Who has emerged thanks to writer, Gareth Roberts (The Shakespeare Code; The Lodger) who stumbled across it whilst browsing on YouTube. It’s from a long-forgotten series called Life With Johnny which starred Cliff Richard as a young man trying to make his way in the world, and was made by ITV north east franchise holder Tyne Tees in 1969. Rather wonderfully, Hartnell has a small but important role as Cliff’s Dad.

The show is an innocent slice of entertainment which gave Cliff, playing Johnny, a chance to spread moral messages via the medium of song, interspersed with drama. This first episode is a retelling of the parable of the Prodigal Son, with Johnny learning the hard way that the bright lights of London won’t necessarily lead to riches. Hartnell appeared in one other episode which is now lost, and the show ran for six episodes in total.

Hartnell makes his first appearance in this clip at 4:24, when he can be seen doing the books in his corner shop…

Playing the kindly father role, it’s interesting to note that Hartnell seems to be looking well and shows no sign of stumbling over his lines: this was just a few years before his limited role in The Three Doctors (1973). He makes a very brief appearance in this second part of the episode, appearing at 4:40 making a very familiar gesture…

The clip has actually been on YouTube since 2011 and Roberts spotted it back in 2015, but it has gone largely unnoticed among Doctor Who fans, hence us highlighting it here in First Doctor Week. It’s always fascinating to get a glimpse of much-loved actors outside their most famous parts in Doctor Who. Credit must also go to blogger Nicholas Whyte, whose research revealed further background on the series.

This wasn’t Hartnell’s last part before returning for The Three Doctors, which was his final on-screen credit; in between these, he was in the 1970- 73 series, Crime of Passion, a courtroom drama set in France. William played Henri Lindon in one episode (called Alain) in 1970, alongside Denis Lill (Image of the Fendahl; The Awakening). Across its 32 episodes, Crime of Passion also starred Bernard Archard (Pyramids of Mars), Milton Johns (The Enemy of the World), Brian Blessed (The Trial of a Time Lord), Frederick Jaeger (Planet of Evil), and Deborah Watling (Victoria Waterfield).

Hartnell’s role in Life With Johnny has been absent from most coverage of his life after leaving Doctor Who. There is no mention of it in his granddaughter Jessica Carney’s excellent biography, Who’s There? The Life and Career of William Hartnell, for example. In some ways, the programme goes against the conventional wisdom that Hartnell was struggling at this time to remember lines and was generally hindered by ill health, but it’s impossible to judge based on these short clips.

The episode is certainly a rare and captivating insight into his career after Doctor Who.

UPDATE: Thanks to Stuart Douglas, we now know that this episode of Life With Johnny was included in a DVD called The Native Hue of Resolution. This was the release of a BFI documentary, made by Farcical Films/Kaleidoscope, that charted the reasons why TV shows were wiped, then followed the worldwide hunt for what we’ve lost. Sounds great, right? But if you’re after a copy, you’re probably out of luck for now: the 2-disc DVD was funded through a Kickstarter campaign in 2014.

by Jonathan Appleton time to read: 2 min
Features Reevaluating The Romans: A Wonderfully Dark Farce…
Features The Sensorites: Strangers in Space – A Perfect E…
2
%d bloggers like this: