“Did you ever think you saw something, just out of the corner of your eye? It happens to me all the time and it freaks me out quite a bit. So, when I got the chance to add my own monster to the Lethbridge-Stewart universe, I knew it had to be a monster that you couldn’t always see. I also wanted it to be a clown because, if there’s something that freaks me out more than things I can’t see, then it’s something I can see – clowns. Of course, that’s not all I added – there are plenty of other surprises in there that I hope people will really enjoy. It’s been great fun adding my own strange and spooky elements to Lucy’s world and I hope to be back very, very soon.”

Here’s the blurb for Curse of the Mirror Clowns:

The circus is coming to town – and it may never leave.

Lucy Wilson is just about getting used to life in Ogmore-by-Sea. School, homework, friends, and the occasional alien… It’s not easy being the new girl in town but, with the help of her steadfast companion Hobo, she’s making it work.

But when a mysterious circus opens for one night only, the town suddenly finds itself overrun with invisible clowns and the gang are faced with their biggest mystery yet – the disappearance of Lucy Wilson herself.

Thankfully, they’ve got help – a mysterious stranger from another world with a special box that moves in time and space.

While that second book in the range can be pre-ordered now, the first – The Lucy Wilson Mysteries: Avatars of the Intelligence by Sue Hampton – is officially released on 29th March 2018 to the general public, but has been available exclusively to fans of Doctor Who, via the Candy Jar and Lethbridge-Stewart sites, since September. 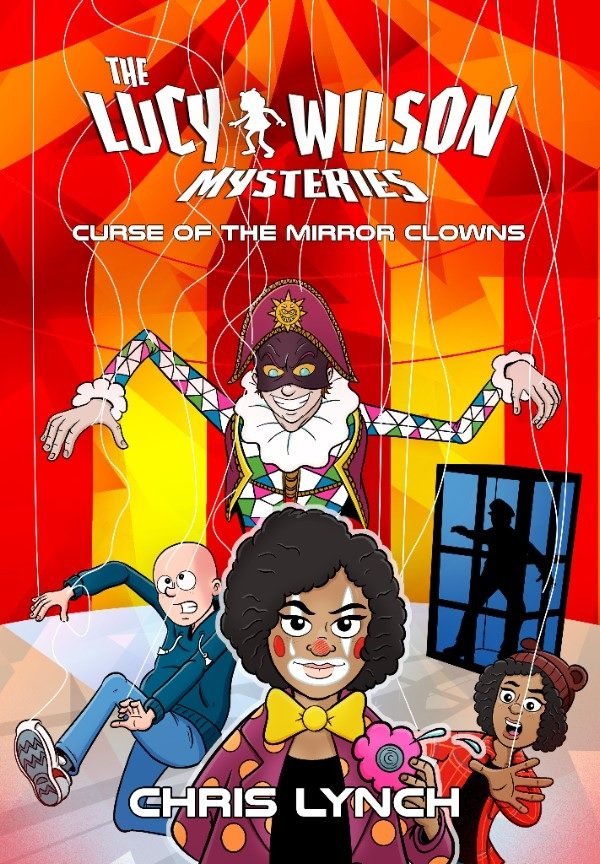 In case you’re unaware of the spin-off’s premise, the novels focus on Lucy Wilson, the granddaughter of Alistair Gordon Lethbridge-Stewart, best known as the Brigadier. Though they’re primarily for the Young Adult market, they nonetheless prove very enjoyable adventures for fans of all ages; indeed, we’d highly advise you check out the first installment! In our review, we said:

“[T]his book has a cracking pace, plenty of nods to the wider Who universe (without feeling like it must rely on it, as Kate Stewart does in her TV stories, annoyingly), and leaves you wanting to read more… Avatars of the Intelligence is an ideal starting point, and proves there’s always room for more stories in the Doctor Who universe.”

“We’ve had such good feedback for this book. Reviews have been encouraging and fans seemed to have embraced Lucy and Hobo. Moreover, we’ve also had a positive response from the general public. We’ve been trialling Avatars of the Intelligence with 1300 school children and the initial feedback has been very promising. In particular, we’ve had high praise for Steve Beckett’s cover design and, consequently, Curse of the Mirror Clowns has another fantastic piece of artwork by the talented Beano artist.”

Lucy and her family have been featured in two recent Lethbridge-Stewart short stories: Lucy Wilson by Sue Hampton (which you can find in The HAVOC Files 3) and The Two Brigadiers by Jonathan Macho (The HAVOC Files 4). Added to this, she and her family will also make an appearance in the upcoming short story collection, Lethbridge-Stewart: Lineage in two further stories; one written by Chris Lynch and the other by Lethbridge-Stewart range editor, Andy Frankham-Allen. Lineage will celebrate the 50th anniversary of Alistair’s debut in The Web of Fear.
The Lucy Wilson Mysteries: Curse of the Mirror Clown by Chris Lynch is available to pre-order now from Candy Jar Books.