Retrospective: The Roundheads by Mark Gatiss

Mark Gatiss seems something of a go-to writer when it comes to history serials: looking at his TV credentials, all but two of his Doctor Who episodes have been set in the past (the exceptions being the contemporary Night Terrors and the futuristic Sleep No More). He’s a divisive screenwriter, but I maintain that he’s very much underrated. Nonetheless, his tales find aliens invading history.
Pure historicals are rare in Doctor Who; in fact, they’re pretty rare even in the 1960s, when they were considered an important part of the show’s premise. That’s because the last one of the Second Doctor era was also Patrick Troughton’s second serial, The Highlanders.
And that’s a big shame. Devoid of monsters, pure historicals often helped you learn about an era that you knew little about (or, occasionally, that you were studying at school, making academia instantly more exciting). This is certainly the case for my generation, whose History classes at school rarely strayed beyond a brief helping of 1066, a smidge of the Tudors, and overwhelming excesses of the world wars. Don’t get me wrong: the worldwide conflicts deserve a lot of attention, but it came as something of a relief to find a module on the Renaissance, another on the evolution of medicine, and, in college, one on the Russian Revolution. 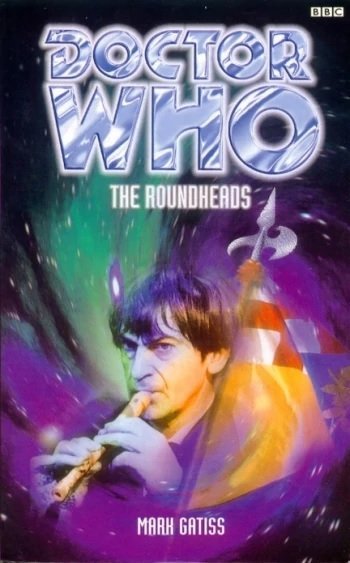 The thing about history is that there’s a lot of it. Doctor Who, in its early days, showed us Aztec rituals, Marco Polo’s journey to Cathay, and the piratical search for Captain Avery’s treasure. Sure, subsequent seasons see the Doctor fighting aliens while also starting off the Great Fire of London, fending off Luddites, and helping Vincent van Gogh – but there feels something authentic about pure historicals. Their loss is still felt today.
Fortunately, that’s where other mediums come in. With The Roundheads, Mark Gatiss explores an era I don’t think many fans will know much about: the Second English Civil War, in the year 1648, as King Charles I argues for the divine right of kings while Parliament aimed to curb his excesses. The novel starts with the King imprisoned by Oliver Cromwell’s New Model Army and awaiting trial. His execution was expected to be imminent, and indeed he was put to death in January the following year.
Into this fractious melee step the Doctor, Polly, Ben, and Jamie. It’s telling that the TARDIS parks up next to a pub called The World Turn’d Upside Down. This does feel like a particularly hazardous time for the foursome to find themselves in, but danger doesn’t appear to loom around every corner. It’s an ominous presence, yes, especially with dodgy deals taking place in an upstairs room of the inn and the publican, William Kemp, obviously on tenterhooks, his daughter, Frances, sadly coming the wrong side of his temper. But the TARDIS team nonetheless appear to fit in rather well in the first 50 or so pages.
But it soon kicks off. Poor Ben immediately gets a tough time of it – knocked out and kidnapped, he wakes up to learn he’s now expected to help out on a ship bound for Amsterdam! At least he gets a rare chance to show off his naval skills. I wouldn’t fancy Jamie’s chances if their roles were reversed…
Instead, Jamie and the Doctor (the latter somewhat taking him under his wing, finding a book about the Civil War from the TARDIS so the wee highlander isn’t too far out of his depth) are arrested and must convince Cromwell and his peers that they’re soothsayers. And Polly gets embroiled in a plot to rescue the King.
It’s pretty much as you’d expect from a historical Doctor Who: the Doctor and his companions are separated and are forced to work on opposing sides. That’s not a criticism; the narrative is smart and Gatiss’ writing style very enjoyable. His characters, as you’d expect from such a skilled writer, are wonderfully realised. In fact, he relishes each part, including numerous historical figures aside from the ones you would expect from a book set at this time. In addition to Oliver and the King, for example, we meet John Thurloe (Cromwell’s spymaster), and Thomas Pride, known best as the instigator of the forced removal of elements in the Long Parliament. We actually see this event – widely recalled as “Pride’s Purge” – in the early stages of The Roundheads, proving to be a suitably unnerving scene that sets the tone for much of the novel. There are bleak goings-on, yet this manages to be a thoroughly fun book too. It helps that Gatiss has the TARDIS team’s voices down perfectly. Especially Ben – he’s always such a joy, and you find yourself smiling every time he appears. It’s such a massive tragedy many of his and the Duchess’ serials are lost and that we didn’t get to spend more time with them on TV before they shuffled off in The Faceless Ones.
The Roundheads is not a complicated story by any means, and a few strands that other scribes may have twisted into something more significant are instead used to explore the characters. Notably the book that explains what happens during the Civil War sheds light on Oliver’s son, Richard Cromwell, who comparatively few (myself included) will have heard of before.
And that’s the thing that makes the novel so interesting: we are largely ignorant of this era. If we do bode on the events of the 1640s, we typically turn our gaze to London, or our respective capitals; this makes Ben’s short time in Amsterdam particularly fascinating, including the mention of the Tugthuis (although this may be a mistranslation of the “Tuchthuis”, as both roughly mean a disciplinary house, or as The Roundheads puts it, the House of Correction).
In the 2015 reprint of the original 1997 book, Gatiss recalls playing King Charles I in Howard Brenton’s 55 Days: “The director, Howard Davies had once had dinner with a French friend and the subject of the Civil Wars had come up. ‘Why do you never talk about your revolution?’ pondered the Frenchman, with what I hope was a broad Gallic accent. ‘After all, you did it first.'”
The Roundheads somewhat corrects this; it won’t get the masses enthusing about the time parliament overthrew the monarchy, it’s a highly enjoyable and enlightening novel that ably demonstrates why the past will always be worth revisiting and why Gatiss is a keystone of Doctor Who since the 1990s.
The Roundheads is out now, as part of The History Collection, with an RRP of £7.99.

Retrospective: The Roundheads by Mark Gatiss 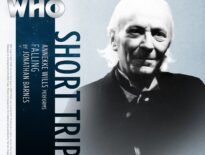