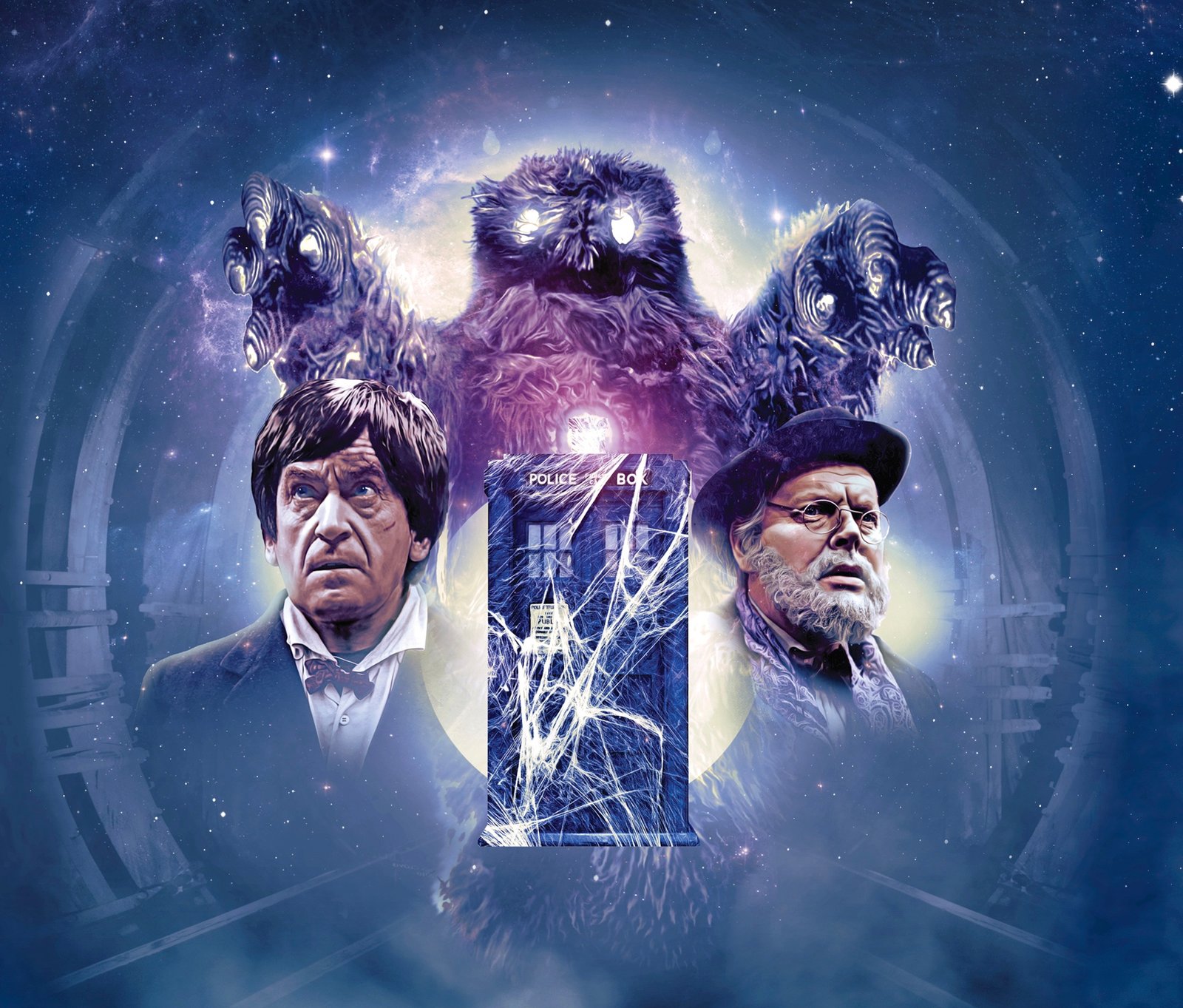 On 3rd February 1968, the robot Yeti returned to our screens in The Web of Fear, an action-oriented sequel to The Abominable Snowmen. A new and darker design (sort of akin to the scary-looking Pooh Bear doll that winks at the audience, during the final shot of The Many Adventures of Winnie the Pooh), with a handheld weapon like no other, the Great Intelligence has formulated his revenge for his defeat in Tibet. With a mysterious fungus spreading, and the whole of London evacuated, the Doctor (Patrick Troughton), Jamie (Frazer Hines), and Victoria (Deborah Watling, who sadly passed away last year) materialise on the Underground – literally – inside Covent Garden station. It’s a rather unique setting to explore; right inside the dark tunnels where the trains are no longer running, and the tracks are safe to walk along.
Between the 1960s-70s, under the BBC’s disastrous junking policy, 5 out of 6 episodes went missing overseas (except for Episode 1), until a haul of film cans was discovered in Nigeria (along with The Enemy of the World in its entirety). This was later announced in October 2013 in the run up towards the show’s 50th anniversary. Sadly, Episode 3 still remains lost as of today. 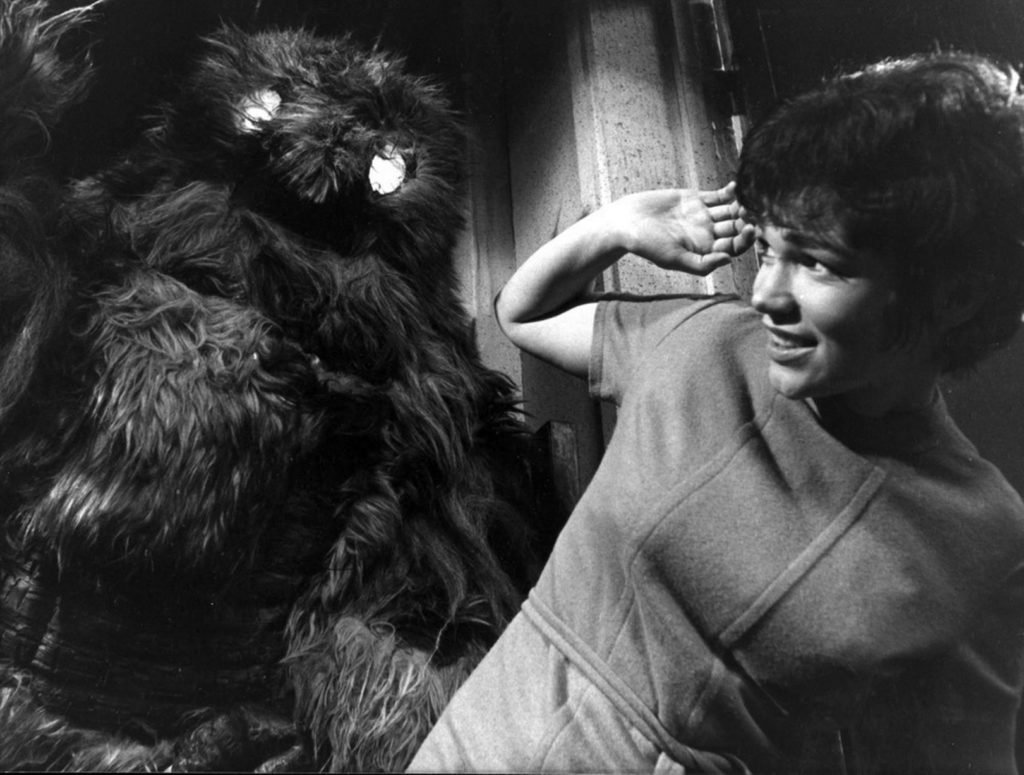 The serial not only begins with the resolution to the cliffhanger of The Enemy of the World, in which Jamie closes the TARDIS doors after Salamander falls into the vortex. It formally begins with a full scene of chilling suspense shot entirely on film, featuring a cameo from the first Yeti design (from The Abominable Snowman) inside the museum of wealthy collector Julius Silverstein (Frederick Schrecker). This my favourite scene in the whole story – not only because of the Yeti coming to life and the extract from Béla Bartók’s Music for Strings, Percussion and Celesta, the childish squabbling between Silverstein and a middle-aged Professor Edward Travers (Jack Watling, Deborah’s father), now with his daughter Anne (Tina Packer), was priceless; especially the part where the latter calls him a “stubborn old goat” in hasty retaliation. Funnily enough, my first experience of watching The Web of Fear was the first episode’s repeat on BBC Four, as part of their special Tube Night programme broadcast on 18th March 2007, which had me hiding behind the sofa as the Yeti attacked Silverstein.
The Web of Fear also marks the official debut of one of Doctor Who’s most unforgettable recurring companions: Colonel Alistair Gordon Lethbridge-Stewart (Nicholas Courtney), who later rose to the rank of Brigadier in The Invasion, which also features the first appearance of UNIT and Sergeant Benton (John Levene), who held the rank of Corporal during the serial. Sadly, for many Brig fans, he doesn’t make his debut until the currently-missing Episode 3; it can be viewed as a telesnap reconstruction, using a full remastered off-air audio recording, on the DVD/digital release.
Will it be rediscovered? Only time will tell when you’re travelling in the TARDIS. Speaking of recons and recordings, check out this outstanding CGI animated trailer featuring a motion capture style Patrick Troughton – in character as the Doctor – breaking the fourth wall by warning the viewers of the serial’s premise. Please note that the audio used was an off-air recording of the specially-filmed trailer for The Web of Fear, as featured in the TV soundtrack release of The Enemy of the World.
Going beyond television, the Brigadier has received his own spin-off as a series of novels and short stories, Lethbridge-Stewart, published by Candy Jar Books, after obtaining the rights of the estates of Mervyn Haisman and Henry Lincoln (the co-creators of the titular character, the Yeti and the Great Intelligence, and the Quarks). The best place to start off with would definitely be The Ambush!, a short story published in the Top Secret Files e-book, which can be downloaded for free at the Candy Jar website. In 2017, commemorating The Abominable Snowman’s 50th anniversary, the Yeti and the Great Intelligence made their Big Finish debut in The New Counter-Measures Series 2 episode, Time of the Intelligence, written by Andy Frankham-Allen (author and range editor of the Lethbridge-Stewart series). In this sequel to The Web of Fear, the Counter-Measures team up with Travers to stop the Intelligence (both voiced by Tim Bentinck) and the Yeti from unleashing their latest dastardly scheme.
The Web of Fear is available to buy from Amazon now on DVD for £7.00

by Andrew Hsieh time to read: 3 min
Features Is it a Bird? Is it a Plane? No… It's A…
Features What's In A Name: The Tomb of the Cybermen
0
%d bloggers like this: