Many say that the Second Doctor was the first ‘modern’ Doctor. A cosmic hobo whose down-at-heel appearance and clowning consistently made his enemies underestimate him. This is a role that the Doctor has subsequently played again and again.
Consider City of Death. In this story, the Fourth Doctor uses pratfalls and banter to defuse tension, solicit information, and to conceal his own agenda (not always successfully: “My dear, no one could be as stupid as he seems“). I’m a massive fan of this trope, as anyone who read my piece for this site about the Second Doctor and Columbo will probably appreciate.
Recently, though, the Doctor has become more of a superhero. He still bumbles and pratfalls and makes mistakes, intentional and otherwise (I love Capaldi’s “idiot with a box” speech from Death in Heaven). However, he also has an increased tendency – particularly during the Tennant and Smith eras – to grandstand.
Perhaps I’m being a little unfair.
After all, the Doctor is thousands of years old. He’s a Time Lord, part of a cosmically significant species whose super-human powers allow them to travel on a whim to any point in time and space. (Or one of a number of old duffers with a no doubt technologically advanced society that has recently begun to atrophy, if a story like The Deadly Assassin is anything to go by.) He has saved the universe (all of time and space; everything that ever was and ever will be) on numerous occasions. Surely he’s earned the right to play on his reputation.

Indeed, there are moments when it makes perfect sense dramatically for the Doctor to assert himself in this way. One comes in Voyage of the Damned, the Christmas Special from 2007. In this story, the Doctor is trapped on a spaceship called the Titanic that is hurtling towards the Earth. He’s leading a motley group of survivors through the bowels of that ship in an attempt to escape. The Doctor also knows that the Titanic will crash at some point and cause devastation on our planet. Unfortunately, the survivors, who are also being pursued by murderous, robotic angels (though they don’t know that just yet), find that their spirits begin to sag. The group is jostling for control – who’s going to be in charge of getting them through this all safely? The Doctor knows he’s the best qualified for this, and so he does a bit of speechifying. It’s his moment to rally the troops by declaring his credentials as a hero and as the only one who can guide them successfully through the danger they face.
This is okay, I think, because of the situation that the Doctor finds himself in. There isn’t time for clowning and banter. The clock is ticking and more lives could be lost at any moment because of the type of story the Doctor has gate-crashed: a disaster movie with all its attendant urgency.
The problem for me is that this kind of posturing grew in frequency when Steven Moffat took over as showrunner. The Doctor spent less time as a mysterious trickster or anarchistic, anti-authoritarian outsider, and more as a kind of cosmic superhero who could dispel massive space fleets just by saying who he was. I found myself increasingly longing for the days when the Doctor had a bit more humility. When Pertwee (or even Eccleston in the new series) seemed capable of being afraid of their foes. 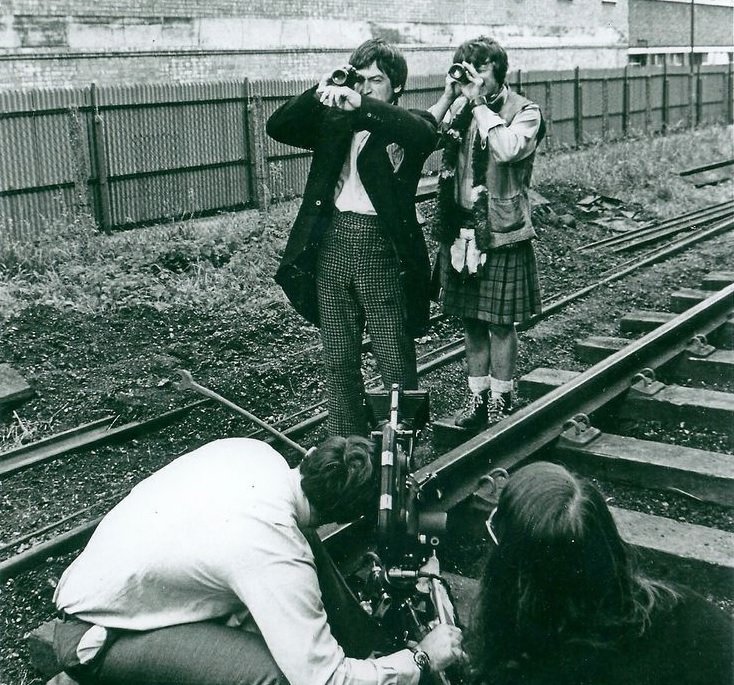 The Daleks are supposed to be the most feared creatures in the universe, but even they seem to go into a panic at the merest indication that the Doctor is nearby. This didn’t used to be the case. Consider this sequence from Death to the Daleks. Four of the monsters emerge from their spaceship and the Doctor knows that death has arrived. As the Daleks prepare to exterminate the group he’s in, he displays a hardy stoicism and uses what he thinks will be his last few moments to comfort scientist Jill Tarrant. (I love the fact that Pertwee closes his eyes at this point as he waits for the inevitable. Wonderful stuff.)
Characterising the Doctor as an outer space version of Superman whose reputation alone is some kind of weapon is, potentially, dramatically unsatisfying. I prefer a character who uses ingenuity to succeed. After all, the nature of the programme’s formula means that we know that the Doctor will, in most cases, be triumphant. How this happens is, therefore, where the fun of watching lies. Rather like Columbo, where we know who the murderer is and our enjoyment comes from how he solves a case rather than if he does.
To be fair, in recent seasons the Doctor has seemed increasingly like his old self; a hero undoubtedly, but one with feet of clay.
As fans, we owe Patrick Troughton a lot. By showing that Doctor Who could carry on without William Hartnell, he ensured the survival of the show. A significant aspect of the programme’s success during his tenure was undoubtedly because of his portrayal of the Doctor as a cosmic hobo. A Chaplin-esque outsider whose appeal, for this fan at least, far outweighs that of the more super-heroic version of the Doctor who emerges from time to time.

by Matt Badham time to read: 4 min
Features Is It Time to Re-Evaluate The Time Monster? 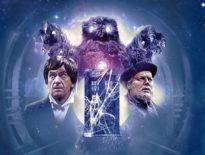