Look to Doctor Who Season 22 and you’ll find Timelash, the sole serial written by Glen McCoy, starring Colin Baker’s Sixth Doctor and Nicola Bryant as Peri Brown. It’s fair to say it gets pooh-poohed with regularity, and there’s due reason for that. In fact, we’ve gone through and found at least 141 disappointing things about it. (Coincidentally, this is the 141st story, bookended between The Two Doctors and Revelation of the Daleks.) Bear with us as we detail a mere 41 of these…
(Disappointing Fact #1:) You can tell Timelash has its problems, just by looking at the Official BBC Doctor Who website, which admits that it’s “not a popular story amongst Doctor Who fans”. (#2) In fact, Doctor Who Magazine readers voted it No. 199, of 200 serials, in a poll in 2009, and then (#3), in a subsequent survey in 2014, as No. 238. That’s even sadder for Colin Baker (#4) who has just 8 stories to his name. Fortunately, that number increases if we class The Trial of a Time Lord as four different constituents… (#5) although only to 11.
Timelash, of course, has its positives, but right now, we’re only interested in the not-so-great stuff. Because there’s lots of it. For instance:
(#6) The sets are uninspiring to say the least; it’s understandable as (#7) this was very much the on-a-budget story of Season 22. The script called for something a bit dull, but (#8) excessive grey and beige wasn’t the name of the game. (#9) This results in a tale that’s boring to look at, and no, (#10) it’s not helped by the blue-faced androids (#11) with ill-fitting wigs, (#12) and Joe Pasquale voices (#13) that slow the plot down even further with their staccato deliveries. 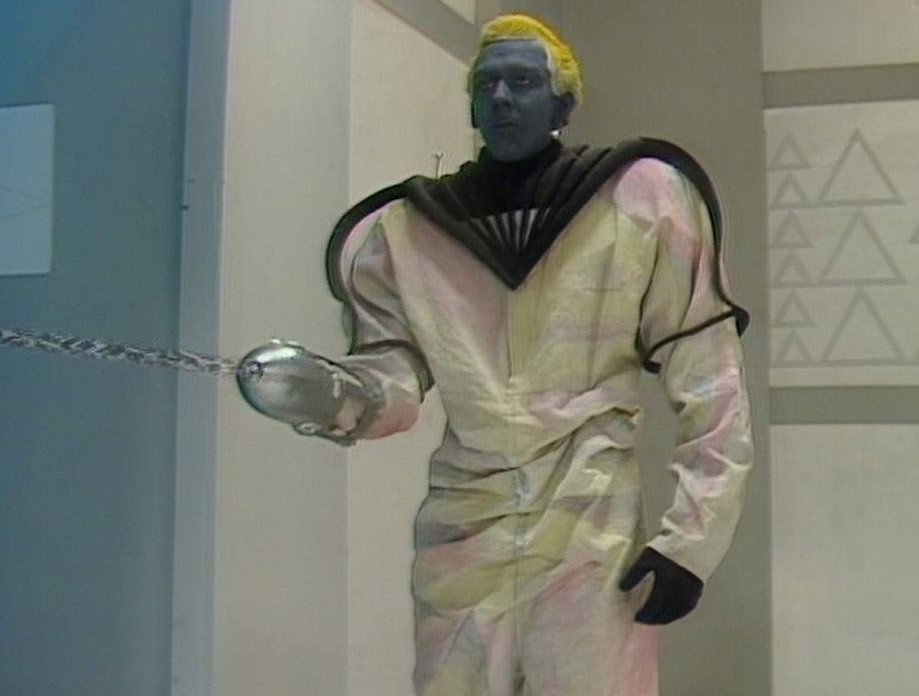 (#14) The androids aren’t the only ones with unconvincing delivery. (#15) Jeananne Crowley is clearly uneasy with the script, (#16) as is David Chandler, who plays Herbert. (#17) Chandler’s performance is far from top-notch – (#18) with Antony Howe, in A Voyage Through 25 Years of Doctor Who, apparently saying “I thought he might be Adric’s elder brother” – but there are glimmers of something interesting there, notably in a few of his interactions with the Sixth Doctor. (#19) Chandler was never given a chance to improve and grow into his new career, however, as he only went onto appearing in three episodes of The Bill and one Casualty.
Herbert would later be revealed as H.G. Wells – (#20) though you might’ve guessed by the not-so-subtle allusions to his novels – and, sadly, (#21) this would be the last story of Classic Doctor Who to feature a real historical figure; (#22) the next wouldn’t show up until 2005’s The Unquiet Dead, (#23) meaning 20 years would pass between the appearances of Wells and Charles Dickens. To be fair, (#24) this was because the series was cancelled in 1989.
(#25) Paul Darrow also gives a frustrating performance, based on Shakespeare’s Richard III, and apparently (#26) as retaliation for Colin Baker’s role in Blake’s 7.
(#27) Admittedly, Colin isn’t at the height of his powers here either – mainly due to the script. (#28) His dialogue is particularly harsh: (#29) he’s brash and (#30) shouty, especially (#31) when directing his anger at poor Peri. To be fair to McCoy, (#32) the Sixth Doctor is often like this, and doesn’t really show much affection for his companion until The Trial of a Time Lord.
For the first episode, (#33) we don’t get to spend much time with the Doctor and Peri, (#34) and what little time we do have is spent in the TARDIS, (#35) filtered through some dodgy camera effects. Just as worryingly, (#36) the Doctor and Peri have to strap themselves in with seat belts while they negotiate a time corridor, (#37) as the time travellers did in Resurrection of the Daleks roughly a year beforehand. Strangely enough, (#38) Peri somehow recalled this, despite not having been in that Fifth Doctor serial. 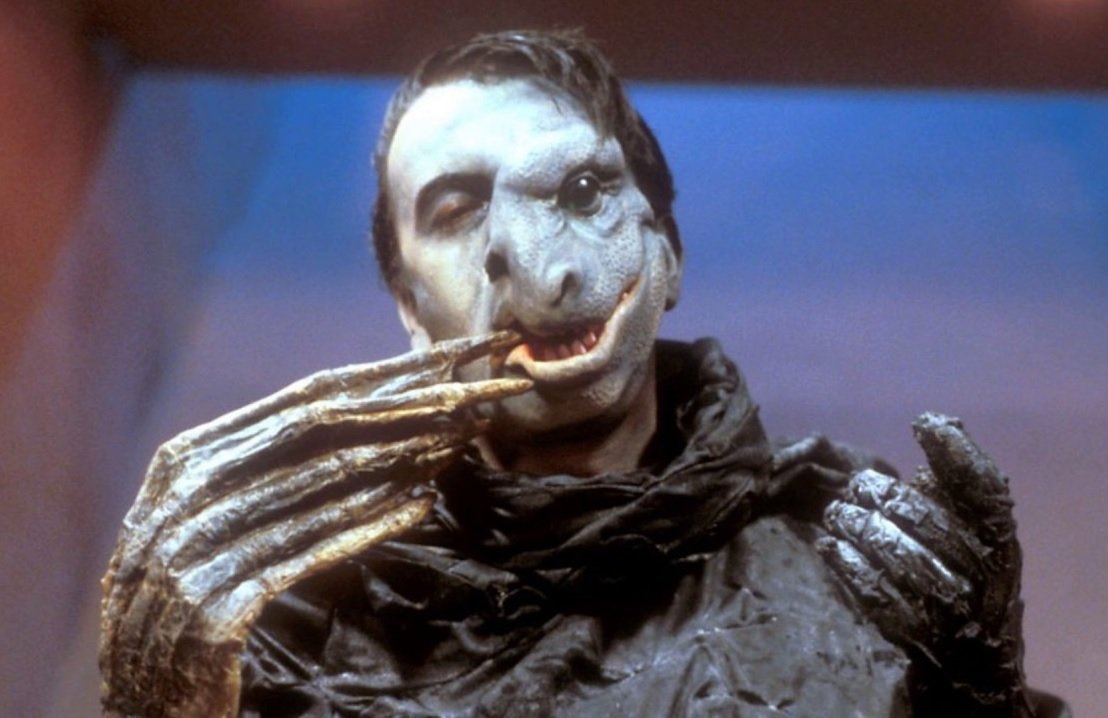 Later on, we return to the TARDIS (#39) just as things are heating up, thus dissipating any tension. And how does the Doctor get out of this tricky situation? (#40) We never find out.
All this, and we’ve not even discussed (#41) the completely nonsensical plot.
Let’s stop right there. Because yes, Timelash might be considered one of the worst Doctor Who stories ever, but actually, I quite like it. That’s a bombshell bigger than the Bandrils could muster.
Everything has its faults, and Timelash has them in abundance. I remember buying the DVD and sticking it on – bracing myself because I knew what everyone said about it. I expected the worst… and I just didn’t get it. I got a tale with problems in excess, but with redeeming features. The Borad, for instance, is one of the best monsters of the Sixth Doctor era – in design and in realisation. Robert Ashby puts in a fantastic performance, and remains as memorable as Sil, the Rani, and that glass Dalek from Revelation of the Daleks.
It has a certain charm, an endearing quality that right now, I can’t quite pin down. Perhaps it’s that, in adversity, when faced with a particularly strict budget, Glen McCoy gave us an ambitious, traditional Doctor Who. With one more episode and a script editor guiding his hands, the story could be sitting much higher in polls than it currently does.
And this is the lesson of Timelash: not everything is fantastic, but even the downtrodden serials have something going for them. There is someone out there – whole hordes of folk, in fact – who love the story you hate.
… Apart from Dark Water/ Death in Heaven. That’s awful.

by Philip Bates time to read: 4 min
Features What If Doctor Who is a Children's Show?
Features Baker the Berserker: Celebrating Colin Baker'…
0
%d bloggers like this: