As the colder months draw in Lovarzi, the UK’s leading online scarf retailer, are expanding their Doctor Who range with new Winter 2018/19 products including the obligatory festive jumper; Eleventh Doctor era gloves; and a celebration of one of Doctor Who’s most memorable enemies, the Cybermen.

The TARDIS and Dalek Christmas Sweater After his battles with the Sycorax, the Master, and Harmony Shoal, the Doctor probably prepares for trouble around Christmastime. But you can gear up for the festivities with the TARDIS and Dalek Christmas Sweater, an exclusive pattern which incorporates the Doctor’s faithful time-space ship and his most prolific foes. The design is complete with killer Christmas trees (like the ones seen in The Christmas Invasion and The Runaway Bride) and snowflakes… or is that the Great Intelligence?
Made from high-quality Acrylic, this yuletide jumper will keep loved ones warm while defending Trenzalore, listening to the Singing Towers of Darillium, or wandering around the South Pole after an invasion of Cybermen.
Maninder Singh Sahota, Director of Lovarzi, said:

“Doctor Who has been an important part of Christmas for over a decade now. Our original Doctor Who Christmas Scarf and Hat hit shelves in 2016 and we were nonetheless blown away by demand. Our new sweater is a perfect accompaniment to these items, and we’re sure fans will love them.”

The TARDIS and Dalek Christmas Sweater (RRP £34.99) is available to buy now from Lovarzi. 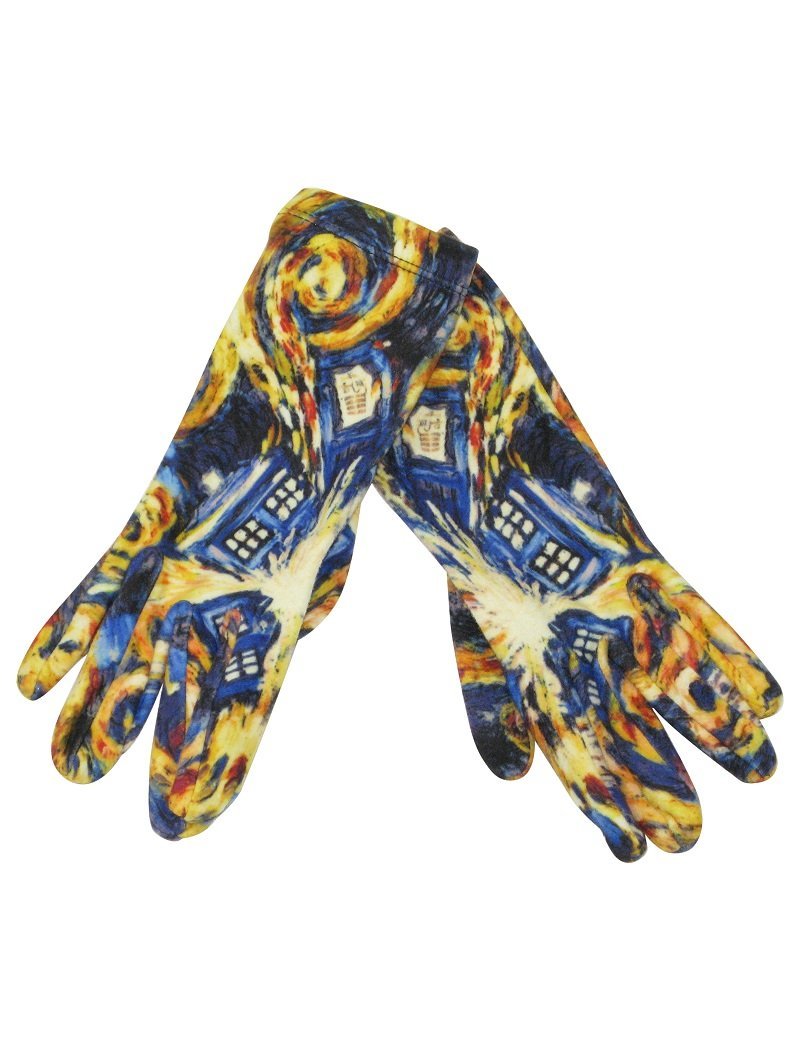 Depicting the canvas by Vincent van Gogh – created to warn Matt Smith’s Eleventh Doctor about the total event collapse of the universe: the TARDIS exploding – the stunning picture is digitally-printed on high-quality velvet-feel fabric, so shows the screen-accurate image in all its glorious detail.
Maninder said:

“For the first time ever, we’re also releasing officially-licensed women’s gloves this year. The Pandorica Opens Scarf proved popular, and it’s such a beautiful painting, we thought it was the ideal image to launch this extension to the range.”

The Pandorica Opens Gloves (RRP £24.99) will be available to buy in last week of November.

The Tomb of the Cyberman Scarf 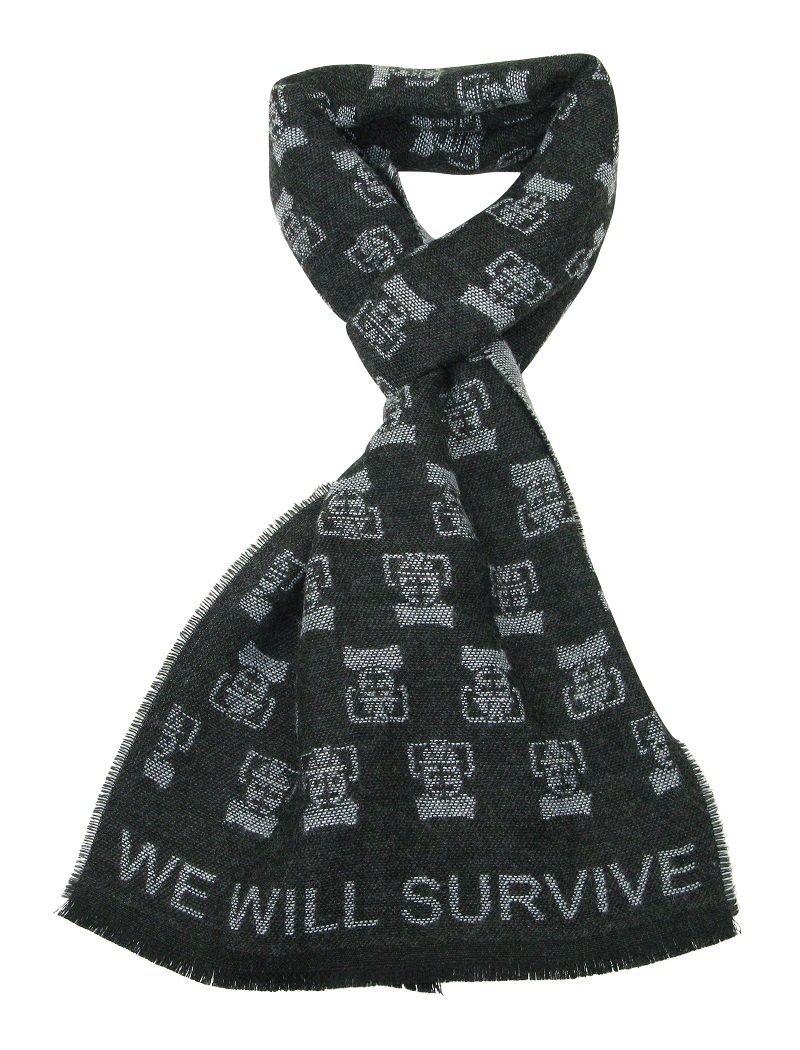 For too long one of the Doctor’s most persistent foes have been absent from the Lovarzi range – until now. If you’re suffering from a frailty of the flesh, the Cybermen will upgrade your body so you won’t feel the cold. Or indeed anything else.
Alternatively, you can get an exclusively-designed Cybermen Scarf, which takes its repeated pattern from the ice-tombs of Telos, first seen in the Second Doctor (Patrick Troughton) 1967 serial, The Tomb of the Cybermen.
Maninder added:

“Yes, the range has been upgraded! There are so many much-loved Cyberman stories, it was difficult to pick just one to focus on. But The Tomb of the Cybermen perfectly sums up their menace and genius, and provides us with the instantly-recognisable Cyber-head insignia. Plus, when Matt Smith was cast as the Doctor, he watched some classic Doctor Who and fell in love with Tomb. And who’s to blame him?!”

The Tomb of the Cybermen Scarf, (RRP £34.99) available to buy now from Lovarzi.
Members of Lovarzi’s exclusive Doctor Who Fan Club can take advantage of a 15% discount on all newly launched Doctor Who products by LOVARZI. Become a member by clicking here.