Love the Eleventh Doctor? You’ll want to grab a copy of A Pile of Good Things, a new fanzine that celebrates Matt Smith’s run on Doctor Who, with profits going to charity. The unofficial publication features contributions from 30 participants, amounting to 24 full-colour illustrations, and 9 short stories.

The project is overseen by illustrator and designer, Ginger Hoesly, whose own work has appeared on BBC America’s Doctor’s Notes specials and during Doctor Who’s World Tour in 2014. Her last two zines, The Hybrid and Moon Man, have raised a combined $4,000 for charity – which is pretty incredible!

“Although I had gotten into the show a couple years prior to his arrival, [the Eleventh Doctor] was my first time watching a Doctor from the inception to the very end. This coincided with the years I was in college, and his era and my well-worn boxsets were what got me through projects and folded more people into the flock of Who. I think of him as the Doctor that cemented my love for the show and made me really passionate about the characters and the world and its community.”

Entries in the zine cover all eras of Smith’s run, including his time with the Ponds, and Clara Oswald. Readers wanting a little more can add on a merchandise bundle featuring more work from the project’s artists.

The bundle includes prints, charms, a lanyard, bookmark, patch, and enamel pin, and can also be purchased on its own. She says:

“I create fan merch myself and also am a big fan of collecting fandom trinkets that are fun and unique. I know most Doctor Who charity projects don’t do merchandise, but I also come from a background in the anime fandom; anime zines are where the huge zine renaissance is right now and merch is a big part of that scene.”

A Pile of Good Things will be raising funds for the Cancer Research Institute, a cause currently close to her heart:

“My dad has just been diagnosed with cancer and I wanted to benefit a group actively contributing to research and treatment. I even got my dad into the show during the [Eleventh Doctor’s] era, so it all kind of came around full circle.”

A physical zine and merch bundle costs $35, with options to buy stand-alone books, digital copies, and stand-alone merch bundles. Zines and items from The Hybrid (focused on the Twelfth Doctor and Clara) and Moon Man (a retrospective of Peter Capaldi’s career) will also be available during this window.

Visit rathzem.com to place your order.

Support A Pile of Good Things,… 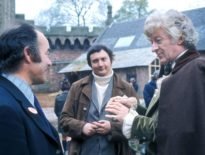 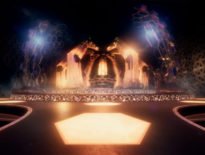 Merchandise Play Doctor Who: The Edge of Time Game in VR Arcad…
0