National Theatre Live is live-screening performances of acclaimed productions from the past on YouTube, with each debuting on Thursday evenings (a traditional NT Live slot) and subsequently making the plays available to view for the next week.

National Theatre At Home is in a bid to bring people together and entertain the nation during the Coronavirus lockdown.

The first, One Man, Two Guv’nors, premiered this past Thursday (2nd April) and starred James Corden (The Lodger; Closing Time), directed by Richard Bean. You can watch it until 9th April on the NT Live YouTube channel.

More follow in May, although they’re yet to be announced. Fingers crossed for Frankenstein, starring Benedict Cumberbatch and Jonny Lee Miller.

Check out the NT Live YouTube channel now and every Thursday during the next couple of months to enjoy the very best of theatre. 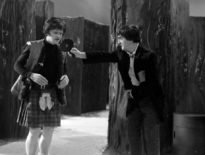 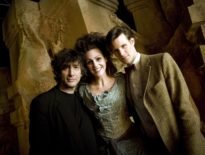