Organiser, Emily Cook has revealed that the next tweet-along rewatch will be the Eleventh Doctor episode, The Doctor’s Wife – and promises further Lockdown Who events will include stories featuring Peter Capaldi’s Twelfth Doctor.

These tweet-alongs began with The Day of the Doctor, in an effort to unite and cheer up fans across the globe during the Coronavirus pandemic. Steven Moffat joined Twitter to take part and reveal behind-the-scenes secrets, while Russell T. Davies did similar for a mass rewatch of Rose; Matt Smith, Richard Curtis, and Bill Nighy all joined Twitter temporarily for Vincent and the Doctor (alongside Karen Gillan, already on the social media platform); then Matt returned, with Moffat, Gillan, and Arthur Darvill, for The Eleventh Hour.

Neil Gaiman will be tweeting during the rewatch of his Series 6 story, The Doctor’s Wife, and we can only hope other stars will join in too.

Using the hashtag #BiggerOnTheInside, this rewatch will take place on Saturday 11th April 2020 at 8pm (BST).

Fingers crossed some additional material will be released to coincide with the tweet-along, similar to previous events.

And how wonderful that Emily Cook is doing this for fans! We massively applaud her drive and initiative – and the way she’s inspiring many and bringing people together. Which Twelfth Doctor stories will be part of this? Nothing has been confirmed, but we’d love a mass rewatch of the Series 10 premiere, The Pilot, which first aired on 15th April 2017 and introduced the world to the marvellous Bill Potts, played by Pearl Mackie… 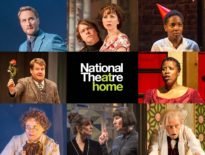 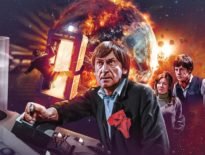