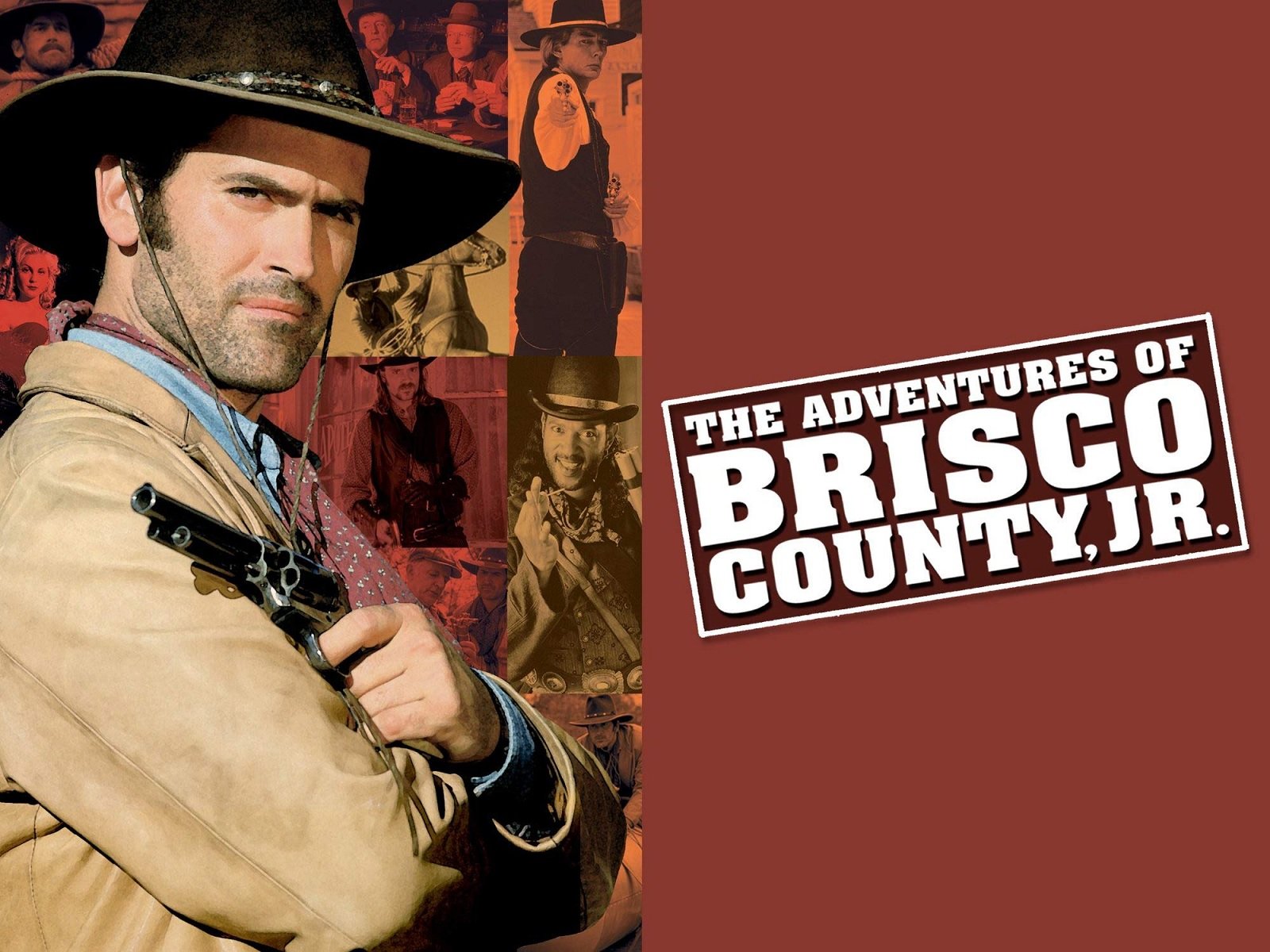 Why, hello there, pardners! It’s sure nice to see y’all in these parts, it really is. Now go ahead and grab yourselves a cold root beer and a big bowl of beans and mosey up to my virtual campfire. Comfy? Good, good. Now let me tell y’all about a bona fide American legend. A legend that is in danger of being lost to the dusty past that was 1993, when TVs were square, no one had heard of a coming thing known as the internet, and Sylvester McCoy seemed to be the last Doctor Who we’d ever see. This is a legend that involves an infamous death, several brilliant minds, and an ultimate redemption. This is the legend of The Adventures of Brisco County, Jr….

“Brisco”, for short, was a television series that debuted on the FOX network in the spring of 1993 and lasted for one long season of 27 hour-long episodes. At the time, the network was looking to cash in on the success of the Indiana Jones movies, and sought out the writers of the third (and best?) Jones installment, The Last Crusade. Jeffrey Boam and Carlton Cuse made a unique pitch to the network that would be a blend of several genres, yet also a throwback to the Western movie serials and the cowboy shows of the 1950s-60s that they enjoyed as children. And so, The Adventures of Brisco County, Jr. was born.

Set in 1893, the show starred the mighty Bruce Campbell, just on the cusp of his B-movie godhood, as Brisco County Jr., a Harvard-educated lawyer with a legendary U.S. marshal for a father. When his namesake father is gunned down by the ruthless Bly Gang, Brisco Jr. is called into action to avenge his death. Brisco is supported by a group of Old West money men, whose nerdy lawyer Socrates Poole (played by Christian Clemenson), acts as their liaison. The group’s aim is to bring the Gang to justice, especially their creepy leader, John Bly (Billy Drago). Bly is revealed to be obsessed with obtaining a mysterious object known only as “The Orb”, which seems to have powers and abilities far in advance of the tumbleweed cowtowns of the 1890s. Brisco takes the money men up on their offer and becomes a bounty hunter for them, agreeing to round up Bly and his bunch of baddies. A rival bounty hunter, known as Lord Bowler (the terrific Julius Carry), hears about all of this and decides to beat Brisco to the task. Of course, he and Brisco clash at first, but gradually become friends and partners.

“Brisco’s” mix of western themes, sci-fi, comedy, and drama lends itself to a wide variety of unique characters. Three recurring characters in particular are absolute gold each time they appear. The first of these is Dixie Cousins (Kelly Rutherford), a saloon singer with a heart of gold who blindly fell in with Bly’s bad guys, but becomes the main love interest of the good guy. Rutherford is effortlessly charming as “Dix” and has a dynamic chemistry with Campbell. Her star was on the rise even during her time on “Brisco”, and she later went on to success on soapy hits like Melrose Place and Gossip Girl. Another great supporting character is Professor Wickwire, played with goofy panache by John Astin of the ’60s The Addams Family fame. Wickwire supplies Brisco with gadgets–often of the anachronistic or steampunk kind–when he needs them most. And last, but not least, Pete Hutter (John Pyper-Ferguson) is an outlaw who is mostly played for laughs (and dies more times than Doctor Who‘s the Master and Rory Williams combined) and really, really loves his gun, but also is wont to spout deep philosophical thoughts at unexpected moments.

Sadly, all of these great characters and ideas were only brought to life for one season, as “Brisco” was canceled after 27 episodes. It can’t be said that FOX didn’t support the show, especially since it gave producers several extra episodes at the end of the season to try to boost ratings. Part-way into the season it was also decided that the John Bly/The Orb storyline would be concluded and that later episodes would lean more toward action-adventure rather than western-science fiction. So, around episode 20, the futuristic origins of The Orb are revealed (by a naked lady time traveler, no less!) and the Bly Gang is largely defeated. The remaining episodes still have anachronisms and laughs, but also have Brisco and Bowler becoming Bond-ish agents for the U.S. government.

Again, sadly, the simplification of the show’s storylines and themes did not help the ratings. Even though “Brisco” received thousands of votes (and over a third of the total vote) to be saved from cancellation in a poll by TV Guide Magazine, FOX officially canceled it in the summer of 1994. Weirdly (even for this show!), “Brisco” went on to some post-cancellation popularity in the mid-’90s as it was rerun by the TNT cable channel. In fact, many fans today first saw it not on the original FOX broadcasts, but on the TNT reruns!

“Brisco” has come to be known as the first victim of FOX’s Friday night time slot, which would become known as its “Friday Death Slot” throughout the ’90s and 2000s. Other innovative shows prematurely killed by this time slot include M.A.N.T.I.S. (an African-American superhero not unlike Iron Man), VR.5 (featuring a pre-Buffy Anthony Head), and yes, even Joss Whedon’s Firefly. The lone success story of the Death Slot was The X-Files… which was quickly moved to Sundays once it proved popular.

The X-Files would prove important to “Brisco” as two of that show’s directors, Rob Bowman and Kim Manners, also worked on “Brisco”. Between them, they would go on to direct dozens of episodes of the adventures of Scully and Mulder, and Manners would even go on to produce Supernatural. Carlton Cuse, who co-created and wrote several episodes of “Brisco”, has become a prolific writer and producer. He served as the showrunner of Lost (!) and has even written two of Dwayne “The Rock” Johnson’s recent films. Co-creator Jeffrey Boam, who died in 2000, wrote many popular movies including Lethal Weapon and its sequels, Innerspace, and The Lost Boys. Even “Brisco’s” theme song has become popular, but not in an expected way. Written by Randy Edelman, it has become the main music for sporting events on the NBC network, including being prominently featured in their Olympics coverage.

The Adventures of Brisco County Jr. was a show with a storyline almost as ahead of its time as the show itself. It could not be more different to our current era of bleak shows and dark anti-heroes. The show and its creators aimed to entertain the audience every single episode, with its casual mixing of genres and easy-going charm, not to mention Bruce Campbell’s winning lead performance. If you are tired of being bummed out by all of the Breaking Bads and Broadchurches, “Brisco” might be exactly what you need.

All of the episodes of “Brisco” have recently become available for free through the IMDB TV app and through IMDB TV on Amazon Prime. You can’t help but think that the show would have flourished in today’s wild west of streaming content. The show was also released as a DVD set in 2006, and they are readily available on Amazon and eBay, usually for around $30. Just a few months ago, my local Wal-Mart store even had “Brisco” DVD sets on their shelves, so it is not hard to find (in the USA at least). A quick search on YouTube also reveals many clips, reviews, and reactions. Good luck, and I hope that you are able to find and see this underappreciated show! 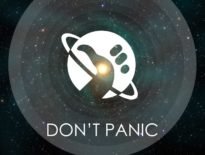 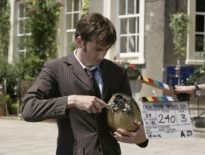