BBC Audio and Demon Records have announced a new instalment of Time Lord Victorious, to be released on CD, digital, and vinyl in December.

The Minds of Magnox, a Tenth Doctor story, will be released on CD and digital download by BBC Audio on 3rd December and on vinyl by Demon Records the following day, marking the first simultaneous publication of a BBC Audio title across CD, digital, and vinyl formats. (Well, almost.) The CD and digital editions will also feature a short Coda to the story, which is a tad bizarre as the vinyl will presumably be more expensive.

The Minds of Magnox is written by Darren Jones and narrated by Jacob Dudman. Here’s the synopsis:

The Doctor travels with Brian, the Ood assassin, to the planet Magnox, one of the greatest receptacles of knowledge the universe will ever know. The Doctor needs to ask a vital question, but the answer is Grade 1 Classified! In order to gain an audience with the Minds of Magnox themselves he must take a dangerous test. Is he smart enough to get through?

Meanwhile, Brian gets involved with the criminal fraternity and is given a job: to assassinate the Minds of Magnox. However, others also have the planet within their sights…

Jones’ previous Doctor Who stories include Sleepers in the Dust, The Eye of the Jungle, and the recent Sixth Doctor adventure, Cry of the Vultriss for Big Finish.

“We’re delighted to tell this part of the epic Time Lord Victorious story, which is a unique and thrilling adventure for us all. Darren Jones has created the world of Magnox for the Tenth Doctor and Brian to visit, and Jacob Dudman brings it to life pitch-perfectly.”

Time Lord Victorious is a multi-platform Doctor Who event launching in Autumn 2020. It tells a new story, set within the Dark Times at the start of the universe, when even the Eternals were young, and follows the Eighth, Ninth, and Tenth Doctors across space and time as they defend their home planet from a terrible race.

The Minds of Magnox will be released on CD and digital download on 3rd December and on vinyl by Demon Records on 4th December 2020. 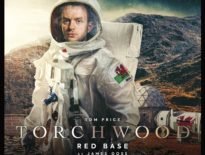 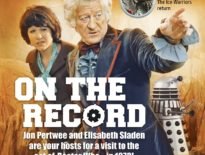