What Advice Would Jodie Whittaker Give to her Doctor Who Successor?

She’s still very much the incumbent Doctor, but Jodie Whittaker has already given some thought to what she’ll say if her successor ever asks for advice.

Speaking in a chat with predecessors Matt Smith and David Tennant filmed by HBO Max, the current holder of the role said:

“The thing that I would say to the next person is, the pressure of the show is totally made up in your own head.

“On set, all the crew… they’re excited and with you to bring something new, because that is the beauty of this as a role – you’re not supposed to be recreating what someone did, you’re supposed to take it (in a different direction).”

Displaying a remarkably positive approach given she’s playing a part that brings such a high level of attention and scrutiny, Whittaker continued:

“Once you’re in your own costume, in your own Doctor’s clothes, and you’ve got your own friends in it, in a weird way all that pressure disappears because it’s yours to play with.”

There’s no vacancy for a new Doctor just yet of course, given that Jodie Whittaker has confirmed that she’ll be staying on for the next series.

She’ll next be seen as the Doctor on BBC1 in the already completed Revolution of the Daleks, likely to be transmitted over Christmas.

What Advice Would Jodie Whittaker Give to her Doctor Who Successor? 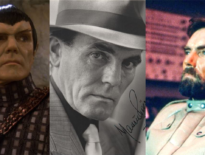