This project follows the wildly successful series of free downloadable audio dramas made available during lockdown. Since the Coronavirus pandemic, Big Finish has continued to produce and release dramas using remote recording techniques and employing actors with (often self-made) home studios, plus a dedicated team of engineers, sound designers and musicians.

In addition, Big Finish has given away over 100,000 free downloads of stories from its various ranges, including Doctor Who, Blake’s 7, Sherlock Holmes, and Dorian Gray.

Each download will be available for one week only, and comes accompanied by a special discount offer on related titles, available as either downloads or collector’s edition CDs or box sets.

Jago & Litefoot: Mind Games is the first story in The Worlds of Doctor Who audio anthology, originally released in 2014. It stars Christopher Benjamin and the late Trevor Baxter recreating the “infernal investigators” double act they first established in The Talons of Weng-Chiang. In this exciting tale, they are joined by Lisa Bowerman as the popular character of Ellie Higson, a London barmaid with a dark secret…

In Victorian England, Henry Gordon Jago and Professor Litefoot investigate worrying events on the streets of London – which seem to be linked to the New Regency Theatre’s resident act, the mesmerist Mr Rees…

Big Finish listeners can also get up to 55% off Doctor Who: The Worlds of Doctor Who (Limited Edition), available as a 5-disc CD deluxe slipcover book, or as a digital download, while stocks last, at the Weekly Deals page. 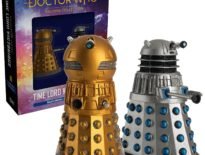 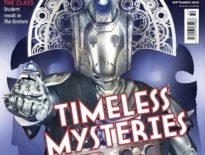