Catching Up with Torchwood: Is Big Finish’s Monthly Spin-Off Range Worth Buying? Many have argued that Torchwood has found a new natural home at Big Finish, the audio company who make full-cast dramas. Although the spin-off range features occasional boxsets, its primary presence is as a monthly range with rotating casts. But is it worth investing in? Let’s take a look at three of the latest releases (as of July 2020) and assess whether you should add more titles to your aural library…

After the surprising and menacingly polite appearance of Sir Michael Palin that kicked off Big Finish’s sixth run of monthly Torchwood audio dramas (in Tropical Beach Sounds and Other Relaxing Seascapes #4), the series comes back with an Owen Harper-centric episode called Iceberg.

Given Owen is a doctor, it’s great that this story starts with a proper medical mystery set up by an old friend, although it’s a shame that you can tell pretty early on there is going to be alien involvement at some point (this is science-fiction, of course) because focusing on real-life medical issues and the complexities of the human body is a very interesting topic and one that does feel right at place in a British adult drama.

The source of this mystery is young Welsh woman Lucy, staying in hospital under the care of Owen’s former colleague Amira, who is hallucinating about her dead sister in between comatose states. It’s the kind of madness that doesn’t feel massively detached from reality some of us have experienced during the current lockdown period.

Once Owen starts to also show some odd symptoms – including not flirting with Amira and her taunting of the chin beard he used to exhibit in his younger years – it’s clear that neither he or the listener is getting more than half the story of what’s happening, especially as the scale of what’s at play gets bigger and the title of the episode becomes clear.

It takes a while for the villain of the tale to appear, and it’s up to the listener to decide if they really are the villain, which leads to a great ethical standoff that Owen is put in the centre of. Which side do you think he falls on in the end? But then, come story’s end, maybe it doesn’t matter what he decides?

Burn Gorman is on top form as Owen throughout, and Maya Saroya grows into the role of Amira as the story progresses. Lowri Walton also has a lot of fun with portraying Lucy when her character isn’t in a coma (do Big Finish actors have to lie down for a really long time when their characters are unconscious?).

The next episode is penned by Ianto actor, Gareth David-Lloyd, and unsurprisingly his second writing contribution to the range focuses on the character he has portrayed since 2006 and takes place during one of Captain Jack’s prolonged absences.

In Dinner and a Show, Ianto’s plus one is Tosh, in the most literal sense. It’s Valentine’s Day, and Tosh has set up a date between herself and Owen at the opera. Except Owen has bailed due to “struggles with self worth”, and Ianto has turned up in his place along with quite a few aliens on a meticulously planned international opera tour. Who are at the Wales Millennium Centre for dinner and a show, obviously.

To have a story set inside the Millennium Centre, rather than on its golden roof, is a new direction for Torchwood.

It turns out that the aliens’ artistic tastes aren’t quite the same as the humans’, and the two Torchwood operatives sacrifice their night out once they realise one of the alien races are a bunch of mass murderers and the show could end in a bloodbath.

It takes some time to actually get around to confronting those aliens, with one distraction including an alien who’s literally eating a thesaurus, but Ianto’s surprising knowledge of goth rock culture (like Owen had a chinbeard, Ianto’s goth phase is exposed in this episode) helps uncover what’s really happening. Such a distinct musical style, at an opera, certainly helps with the visuals and the aliens really give off a Men in Black vibe.

This is the show part of the story, and dinner ends up inevitably as the beings in the Millenium Centre. Does Ianto and Tosh (in her beautiful dress) escape being eaten? That would be spoiling the plot, but there are some “sympathetic vibrations” between two actors who haven’t recorded in the same room since Series 2, and it makes up for the proper heart-to-heart scenes that their similarly private and sensitive characters had cut out of Series 1.

The Torchwood range then moves on to Save our Souls, which focuses on the institute’s founder Queen Victoria and a group of characters on Flat Holm Island in Wales – famous for appearing in the television episode Adrift – and is a riff on a Agatha Christie classic.

For those who shy away from the releases that ignore the original cast of the show for the likes of Queen Victoria and Los Angeles-based operations, then you’re missing out on a lot. Rowena Cooper’s portrayal of the most powerful woman on Earth is brilliant stuff. In every scene, she’s usually the cleverest in the room, but does think out loud a lot, has a cunning streak, is flawed but likeable, and greedy but reflective of her actions.

She knows the power she can yield by just being present, which is why the assembly of self-interested characters for this audio is a brilliant choice. After a chilling pre-titles sequence, we’re introduced to the five people on the island (including Victoria), who are told they will become only one by the next day. This extended sequence is probably one of the best ever Torchwood sequences, despite having only just met the characters involved.

The reporter of this prophecy is a ‘voice’ that takes on the vocal quality of Victoria in a creepy way and is broadcast by a high-tech speaker system set up around the island. The Big Finish team did some on-the-ground research to really capture the sounds and scale of this isolated landscape.

As with all prophecies that tend to suggest people are going to be picked off one by one, this story quickly sets up the self-interests that will motivate individual survival against what appears to be no threat at all. Some of these desires aren’t as obvious initially, especially as Victoria likes to quite literally rule the show, and can be easily missed as the story gets properly scary. It’s similar to the uneasiness that Torchwood was brilliant at on TV when exposing humanity’s flaws on a personal but sizeable scale.

There’s lots of quotable lines in this audio, and each of the characters make for great listening during their ‘screentime’. It is probably no coincidence that, being a Victorian-era episode, the female characters are the more intelligent ones, but then I didn’t see the inevitable ‘self-interest versus self-interest’ set-up arriving in quite the way it did.

The music comes in and brilliantly supplements the important scenes, and it’s not just the human characters whose motives you’re having to analyse while doing the Big Finish version of hiding behind a sofa, as the prophetic voice turns out to be not quite what the story uses it to be.

Next up in Torchwood’s monthly adventures is Sgt. Andy Davidson on Mars…

And so, you can see the scope of this spin-off audio series. It shines a light on individual cast members, explores relationships otherwise left unplumbed on TV, and strides between genres. All this means that Torchwood is one of the strongest ranges from Big Finish, and comes highly recommended.

Catching Up with Torchwood: Is Big Finish’s Monthly Spin-Off Range Worth Buying? 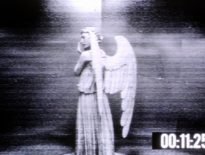 Features The Real Weeping Angels: What Inspired the Doctor … 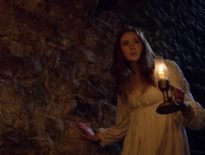