Your Complete Guide: Everything You Need to Know About the Doctor Who Event, Time Lord Victorious “Time Lord Victorious will tell a new and untold story, set within the Dark Times at the start of the universe, when even the Eternals were young. Following several Doctors across space and time as they defend their home planet from a terrible race, this is a story like no other.”

Fortunately, each part is independent, so you can enjoy whichever mediums you like without dipping into the others, and it’ll still make sense. However, you get a more rounded picture the more you pick up. Presumably there are easter eggs, too, which you’ll only spot if you’ve fully immersed yourself in the entire narrative.

The separate nature of Time Lord Victorious is evident from A Dalek Awakens, the Escape Room which has been available to book since March 2020, retroactively renamed to tie into the event.

Here are all the Time Lord Victorious installments already announced…

(All links in titles are affiliate links to Amazon; at no extra cost to you, we get a small percentage based on what you buy from the store, as a way of Amazon thanking the DWC for sending business their way. It helps to pay the DWC’s hosting costs etc. Amazon sometimes gets stock later than its release dates, like Big Finish audios, which also don’t include download editions as a free extra. Products are of course available from other outlets, including publishers.)

The Doctor needs you: A rogue Dalek, a spaceship on the verge of destruction and an impossible choice…

Step on board a doomed spaceship, where a rogue Dalek has tapped into the power system, in an attempt to recharge its weapons. Should the Doctor’s most feared enemy be successful, it will exterminate all in its path.

You, the Doctor’s friends, must prevent this catastrophe. Shutting down the ship’s power core will ensure the Dalek cannot activate its weapons. However, the ship’s life support systems rely on the same energy source, meaning that shutting down the power would result in the death of all 10,000 passengers. You have just 60 minutes to find a way out of this impossible situation. You must defeat the Dalek to allow the spaceship to continue safely on its journey. Take too long and your destination will be extermination!

Defenders of the Daleks #1 (Titan Comics)

The Tenth Doctor awakes in a timeline that is not his own, finding himself pursued, impossibly, by the entire Dalek Empire. Even more impossibly, the Daleks are losing a battle with a race who ceased to exist long ago. The Dalek Emperor needs help, and there’s only one person in the universe more terrifying than Daleks – but can the Doctor ever trust the Dalek Emperor, and be willing to save his Empire?

The Guide to the Dark Times: The Official 2021 Annual (BBC Books)

“The Doctor – used to talk about the Dark Times. The times of chaos. The universe had only just formed and everyone got along famously. But that didn’t last. Because the Kotturuh were coming…”

Contains River Song’s guide to the Time Lord Victorious. Not essential to the story, but acts a a guide for anyone who gets this on Christmas Day and wants to follow the story.

Beginning with DWM #556, on sale on 17th September 2020, then running in two subsequent issues on sale 15th October and 12th November.

The Ninth Doctor and Rose Tyler return to the DWM comic!

The Ninth Doctor and Rose find themselves in a place where no TARDIS is ever supposed to go – the Dark Times; an ancient era forbidden to all Time Lords. The universe is young but war has already been born: The Vampire Alliance is swarming across the cosmos, consuming everything in its path.

The Doctor discovers that not all the stories surrounding Time Lord history match up with reality – but some of the horrors are actually worse than the myths. Rose becomes the first human in existence – and that’s a very dangerous thing to be…

The Knight, the Fool and the Dead (BBC Books)

“We live forever, barring accidents. Just like everyone else in the universe.”

The Doctor travels back to the Dark Times, an era where life flourishes and death is barely known…

Then come the Kotturuh – creatures who spread through the cosmos dispensing mortality. They judge each and every species and decree its allotted time to live. For the first time, living things know the fear of ending. And they will go to any lengths to escape this grim new spectre, death.

The Doctor is an old hand at cheating death. Now, at last, he can stop it at source. He is coming for the Kotturuh, ready to change everything so that life wins from the start. Not just the last of the Time Lords. The Time Lord Victorious.

Defender of the Daleks #2 (Titan Comics)

“Titan’s comic story is quite unique, as it features the Tenth Doctor as seen in the recent Thirteenth Doctor comic series, so he’s not reached his so-called victory over time yet. But what has been fun to explore is the Doctor getting a glimpse of what’s to come and foreshadowing his own dark turn.”

Master Thief: The Master wants to plunder one of the most secure vaults in the universe, the Repository. He’s got a plan, and a deadly new weapon to assist him. However, as the Master quickly discovers, getting in might be easy, but getting away with it might cost him everything.

Lesser Evils: The Kotturuh have arrived on the planet Alexis to distribute the gift of the death to its inhabitants. The only person standing in their way is a renegade Time Lord, who has sworn to protect the locals. A Time Lord called the Master…

Mission to the Known (Doctor Who Figurine Collection)

The Enemy of My Enemy (Big Finish)

The people of Wrax are happy to begin peaceful negotiations with the Dalek Empire. The two species are preparing to engage in an alliance that will last throughout the ages. The only one who seems to object to this happy union is the Doctor. He knows that you can never trust the Daleks. But more than that, he knows that the Wraxians should never have existed…

The Dalek Strategist considers its options…

The Minds of Magnox (BBC Audio)

The Doctor travels with Brian, the Ood assassin, to the planet Magnox, one of the greatest receptacles of knowledge the universe will ever know. The Doctor’s in search of a vital piece of information, but it’s Grade 1 Classified. In order to gain an audience with the Minds of Magnox themselves he must take a dangerous test. Is he smart enough to get through? Meanwhile, Brian gets involved with the criminal fraternity and is given a job: to assassinate the Minds of Magnox. However, others also have the planet within their sights…

Trapped, a haunted monster waits to consume new victims. It needs help. It needs a doctor. Unfortunately, it also needs to kill whoever it meets. Thrust into immediate danger, and on the back-foot, it will take all of the Doctor’s ingenuity to triumph. Two interlinked adventures. Two Doctors. One foe. A double A-side story. Choose which side to play first!

The fallout of the great battle. Outnumbered and alone, on a Dalek time-ship careering through the vortex, the Doctor must use all his cunning to survive. As the saucer disintegrates around them, the Doctor is trapped with a crew of increasingly desperate Daleks. Or are the Daleks trapped with him?

All Flesh is Grass (BBC Books)

Even a Time Lord can’t change the past. A wasteland. A dead world…

No, there is a biodome rising from the ashes. Here, life teems and flourishes, with strange, lush plants and many-winged insects with bright carapaces – and one solitary sentient creature, who spends its days talking to the insects and tending this lonely garden. This is Inyit, the Last of the Kotturuh.

In All Flesh is Grass we are transported back to The Dark Times. The Tenth Doctor has sworn to stop the Kotturuh, ending death and bringing life to the universe. But his plan is unravelling – instead of bringing life, nothing has changed and all around him people are dying. Death is everywhere. Now he must confront his former selves – one in league with their greatest nemesis and the other manning a ship of the undead.

1940 – it’s the height of the Blitz. A weapon of unknown origin destroys a small corner of Mayfair, and simultaneously opens up a rift in space and time. For decades, UNIT has fought to protect the people of Earth from the dangers it poses, but they’ve been beaten back as the fracture multiplies out of control.

Earth as we know it is at stake – now is the time for you to step up and be the hero. Travelling to impossible places, confronting menacing monsters and ancient aliens along the way, it’s a journey across space and time to save our race, and our beautiful planet.

Featuring an original story arc, Doctor Who: Time Fracture will invite audiences to become immersed in the world of Doctor Who. Placed at the heart of the story, audiences will meet Daleks, Cybermen, Time Lords and many other strange and mysterious characters as they travel across space and time to discover amazingly realised worlds and undertake a mission to save the universe as we know it.

Plus, Doctor Who: Time Fracture will allow guests to meet a character from Time Lord Victorious.

The Tenth Doctor and Brian the Ood (Doctor Who Figurine Collection)

The final figurine collection is a new sculpt of the Tenth Doctor in his Time Lord Victorious robes, paired with the sometimes-butler, sometimes-serial killer Ood, Brian.

So that’s Time Lord Victorious, an unprecedented Doctor Who event which runs from September 2020 until at least March 2021. An impressive project.

Are you hoping to invest in all tie-in material? Or are you sticking with a particular platform? Let us know in the comments below.

Your Complete Guide: Everything You Need to Know About the Doctor Who Event, Time Lord Victorious 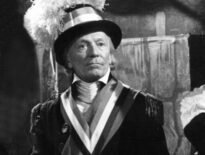 Features Looking at the Viewing Figures and Beyond: Were Do… 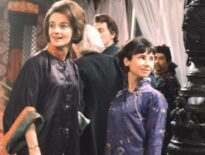