Reviewed: Big Finish’s Time Lord Victorious – He Kills Me, He Kills Me Not 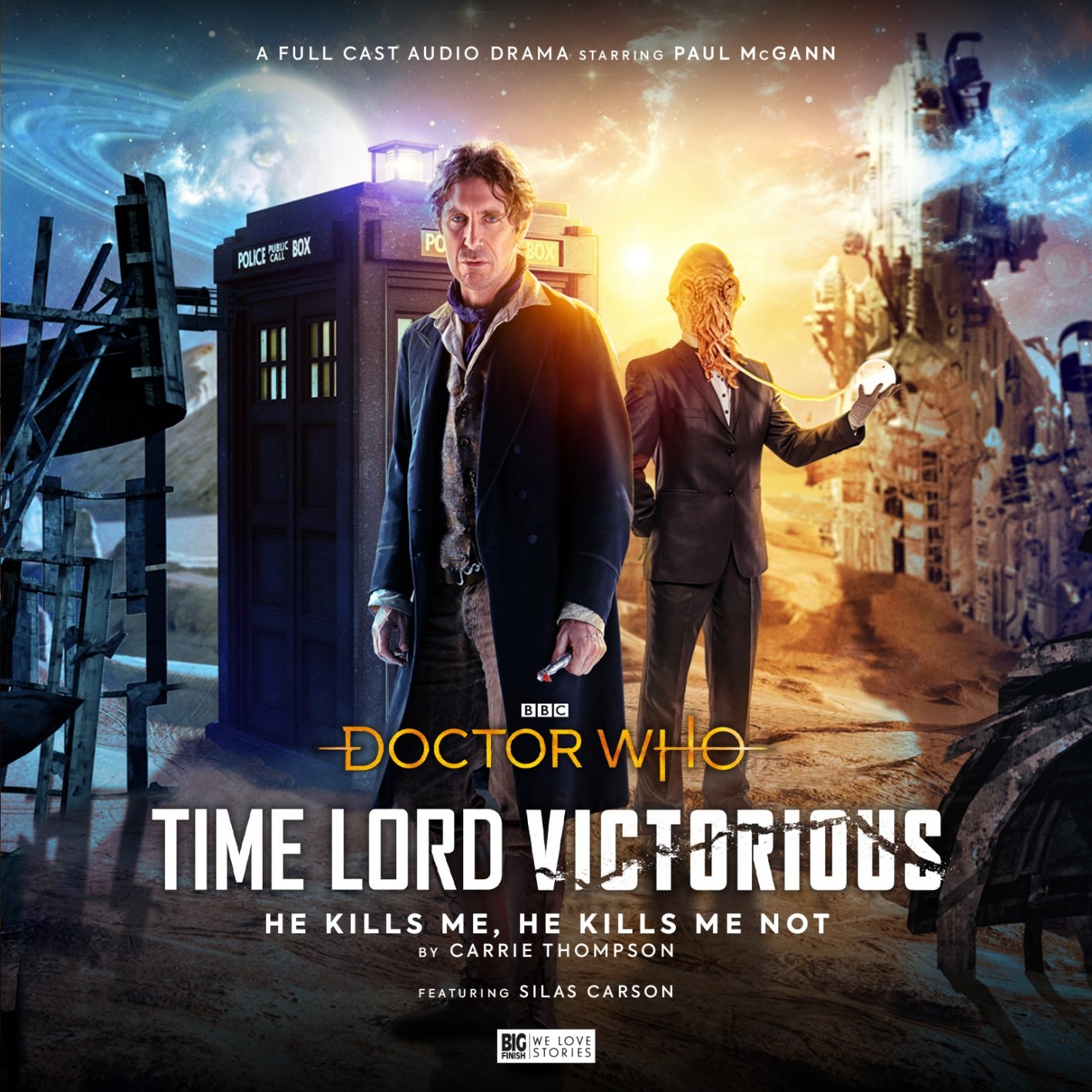 We all have our entry point into Time Lord Victorious and mine – disregarding any of the television stories from the last 57 years that are supposed to be tied to it – is Big Finish Productions’ He Kills Me, He Kills Me Not. It’s a Western (but on an alien planet in the future), and stars the Eighth Doctor and professional assassin, Brian the Ood.

Both Paul McGann and Silas Carson (as well as ageing gracefully) are at their best in this when firing off one another, which with their level of acting experience is not a surprise as this was one of the first Big Finish audios to be recorded in lockdown. However, McGann does sound like he has a cold, especially in the behind-the-scenes interviews, but it’s clear any vocal changes picked up are certainly not down to a lack of enthusiasm in the script provided because McGann loves his Westerns.

While the big task of this audio is very much being a hopping-on point for the Time Lord Victorious programme of content, the big question that stands out on listening is: ‘Well, can you do this with an Ood?’

When the Ood were introduced in 2006’s The Impossible Planet/ The Satan Pit, they were a slave race with no individuality and subsequent television appearances put additional emphasis on the homogeneity while also establishing a few individuals. While we had Ood Sigma and an Ood Elder, and Albert Einstein briefly became an Ood, their storytelling origins as slave creatures meant they were treated very much as disposable. The only reason most characters got upset about the death of an Ood was if it impacted their profit margins.

But fans fell in love with the Ood, no doubt helped by them becoming a kitchen table classic for spaghetti eaters when Doctor Who was tea-time TV (the broadcast time has slipped into the evening in the years since), and in expanded media they have been given more life – and disposability – along with a greater emphasis on the ‘Friends of the Ood’ pressure group being in the background fighting for Ood rights.

But all of the above kind of doesn’t matter in the context of He Kills Me, He Kills Me Not, because this is really new Ood territory. Long-time Ood voice Carson is given the task of making Brian (a conspicuous name for a Ood in this line of work) a memorable personality that makes his recurring appearances in various Time Lord Victorious media ones that can leap off the page when in prose, and ones to looked forward to when he returns in audio form. But at the same time convincingly play a member of Oodkind.

It’s a difficult task, and it largely works because most of the supporting cast in He Kills Me, He Kills Me Not have known Brian for a long time and don’t raise an eyebrow at his flamboyance or chilling catchphrases (what’s an Ood without a signature line of dialogue to send chills down your spine?) while the audience is being introduced to this character. Having the Doctor come in and only being slightly suspicious doesn’t unsettle the balancing act, because he’s given way more to chew on in this story – including saving the person Brian’s been asked to kill.

The emotional story is all in the relationship that Brian is trying to break. It’s up to the local sheriff and doctor of this desert town to untangle that problem and help limit the killing spree Brian wants to go on with ‘Mr Ball’ as the Doctor is multi-tasking with an inclination that time is going very, very wrong.

While it’s quite light on the details that will feed into the greater Time Lord Victorious narrative, there is already a familiar name or two from the multi-platform project’s promotional material and Carrie Thompson’s script does a strong job of world-building.

In summary, there are three things that stand out from this story: you can do extrovert Oods with the right acting talent (and therefore the glow-in-the-dark Brian shirt is a worthy purchase for when the nightclubs open again); it’s a very strong hopping on point for this new range of multimedia Doctor Who products; and hang on, does that ending lead straight into the next Time Lord Victorious audio?

Time Lord Victorious: He Kills Me, He Kills Me Not is available now from Big Finish. It goes on general sale, i.e. from services like Amazon, on 31st October 2020.

Reviewed: Big Finish’s Time Lord Victorious – He Kills Me, He Kills Me Not 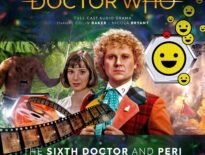