I think out of all the releases from Big Finish to come out last year, The Robots: Volume 1 was the most surprising. I will admit to being of those who looked at the announcement with a little incredulity. The Robots of Death is rightly one of those perfect Doctor Who stories; why mess with what it did?

But I was very pleased to find that The Robots Volume 1 didn’t focus on the robots themselves, though they were a big part of the story. Instead, it focused on the humans and used the robots as a reflection to look at ourselves.

That was the main strength of the debut boxset – as well as the brilliant pairing of Nicola Walker and Claire Rushbrook as sisters, Liv and Tula Chenka. Those themes make a welcome return in Volume 2, which begins its expansion of the world of Kaldor that the first set built up nicely.

Opening with The Robots of War, writer Roland Moore continues to look at the human condition through the eyes of the robots. This episode takes a shot at the idea of class, and those who believe themselves to be more important than others.

We all know that in the event of a nuclear attack, all those in power will be taken to a bunker to safety, while the rest of us have to fend for ourselves. Moore’s story takes that notion and runs with it, this time, with the robots believing that the highest ranking soldier is the more deserving to survive. What is interesting is that this notion had to be programmed into them, and Kaldor City doesn’t hide the fact that it has a bad class structure. All this leads to a further look at The Sons of Kaldor, a group which, as these sets continue, will no doubt get more involved.

As usual from Moore, the story poses some awkward questions as it looks at humanity by putting some people above others. Having travelled with the Doctor, Liv can see the problems with the society she is from; it’s not so easy for her sister, Tula, who knows things are wrong, but is quite happy with her lot in life. Hopefully this will be something that’s explored in future sets. But for an opening story, Moore’s The Robots of War sets this volume up nicely.

Toos and Poul, written by Andrew Smith, as the title suggests brings back two fan favourite characters from The Robots of Death: Pamela Salem’s Toos and David Collings’ Poul.

What I really liked about this story, as well as the returning characters, was that it played no massive part in the storyline for this set: instead, Smith gives us a really enjoyable murder mystery, once again putting the robots in as the victims. This does pose the question of whether we would hold artificial intelligence responsible for our actions if we were a society as seen here. Unfortunately, I think it would turn out much like they do here, with people blaming machines that can’t defend themselves for their actions.

Poul had quite a tough time in the television serial and as a result, lives life as far removed from robots as he possibly can. When someone is murdered in the land around his village (which felt a little Wild West to me), Poul finds himself propelled into the life of the robots once again, and he meets Toos along the way.

David Collings is instantly likeable again as Poul and it only hammers home what a tragedy his passing was – this really feels like it could have been a pilot episode for a new series with Toos and Poul investigating crimes. Pamela Salem is still brilliant as Toos, and she has done plenty of work with Big Finish before now.

For some, this story might come across as a little simplistic; for me, that was the beauty of it. Not every story has to be a big, explosive outing. Sometimes crime hits closer to home than we would like and Smith, who used to be a policeman, understands that. Much of this story relies on people blaming others. Luckily, it’s handled carefully. I’m looking forward to hearing more from Toos and Poul in the future sets.

Volume 2 rounds itself out with Do No Harm from Sarah Grochala, posing more enjoyable ethical questions; following an explosion that is the cliffhanger to the first episodes, the humans on Kaldor are looking for someone or something to blame. Naturally the blame falls on the robot in charge at the time of the explosion but as Liv and Tula investigate, they soon discover that things aren’t as simple as they seem.

I was half expecting Toos and Poul to turn up in this story and, while I was a little disappointed this didn’t happen, Do No Harm is another strong and thoroughly enjoyable story. Grochala makes sure the spotlight is kept on the two leads as they uncover a web of lies and deceit that looks like it will have a heavy impact in the next two sets.

I felt really sorry for the robot who is blamed at the end of this story – it seemed such a cruel thing to happen – which goes to show the level of writing and acting involved. Grochala has made sure things will never be the same again for Kaldor City, with what seems to be a war between the robots, humans, and The Sons of Kaldor. Poor Liv just wanted a bit of peace and the chance to connect with her sister again. Instead, it seems now she has to stop an all out war without the Doctor’s help.

The Robots: Volume 2 is another strong entry in an exemplary series. It really allows us to explore humanity, using the robots as reflections of ourselves. It poses some interesting dilemmas and questions about what it means to be human and these sets are all the better for not giving us any easy answers. Throw in some excellent direction from Ken Bentley, who’ll always give us a brilliant yarn, three strong scripts, and fantastic performances from all involved, and you’ve got another hit on you’re hands. The Robots: Volume 2 is just that – an absolute hit.

The Robots: Volume 2 is available to order now from Big Finish. 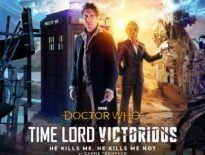 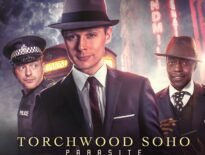