Target Novel Covers Revealed For The TV Movie, Dalek, and The Crimson Horror The BBC has revealed three more covers for the upcoming Target novelisations of three Doctor Who stories: The TV Movie, Dalek, and The Crimson Horror.

The TV Movie initially appeared to be a reissue of Gary Russell’s 1990s adaptation, but has actually been expanded upon, while the other two are written by their original screenwriters, Mark Gatiss and Robert Shearman.

“I can’t wait for people to be reading these. Dalek goes deep into its characters, Crimson Horror is richly expanded and Gary’s TV Movie novelisation features plenty of new material, it’s no simple reprint. The authors know just what the Target brand means to us!”

Here are the new covers, by the wonderful Anthony Dry, and respective synopses:

It’s December 1999, and strange things are happening as the new millennium nears. A British police box appears from nowhere in San Francisco’s Chinatown and the mysterious man inside it is shot down in the street. Despite the best efforts of Dr Grace Holloway, the man dies and another stranger appears, claiming to be the same person in a different body: a wanderer in time and space known only as the Doctor.

But the Doctor is not the only alien in San Francisco. His deadly adversary the Master is murdering his way through the city and has taken control of the TARDIS. The Master is desperate to take the Doctor’s newly regenerated body for himself, and if the Doctor does not capitulate, it will literally cost him the Earth… and every last life on it.

‘The entire Dalek race, wiped out in one second. I watched it happen. I made it happen!’

The Doctor and Rose arrive in an underground vault in Utah in the near future. The vault is filled with alien artefacts. Its billionaire owner, Henry van Statten, even has possession of a living alien creature, a mechanical monster in chains that he has named a Metaltron.

Seeking to help the Metaltron, the Doctor is appalled to find it is in fact a Dalek – one that has survived the horrors of the Time War just as he has. And as the Dalek breaks loose, the Doctor is brought back to the brutality and desperation of his darkest hours spent fighting the creatures of Skaro… this time with the Earth as their battlefield.

‘We must get to the bottom of this dark and queer business, no matter what the cost!’

Something ghastly is afoot in Victorian Yorkshire. Something that kills. Bodies are washing up in the canal, their skin a waxy, glowing red… But just what is this crimson horror?

Madam Vastra, Jenny and Strax are despatched to investigate the mystery. Strangely reluctant to assist their enquiries is Mrs Winifred Gillyflower, matriarch of ‘Sweetville’, a seemingly utopian workers’ community.

Why do all roads lead to the team’s old friends Clara and the Doctor?

And will the motley gang be in time to defeat the mysterious power that threatens all the world with its poison?

We expect the final cover for this batch, The Witchfinders, to be released tomorrow.

All these Target novels are released on 11th March 2021.

Target Novel Covers Revealed For The TV Movie, Dalek, and The Crimson Horror 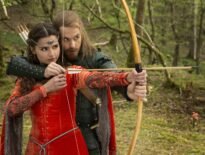 News Join in the Lockdown Who Rewatch of Robot of Sherw… 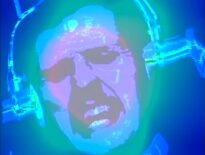