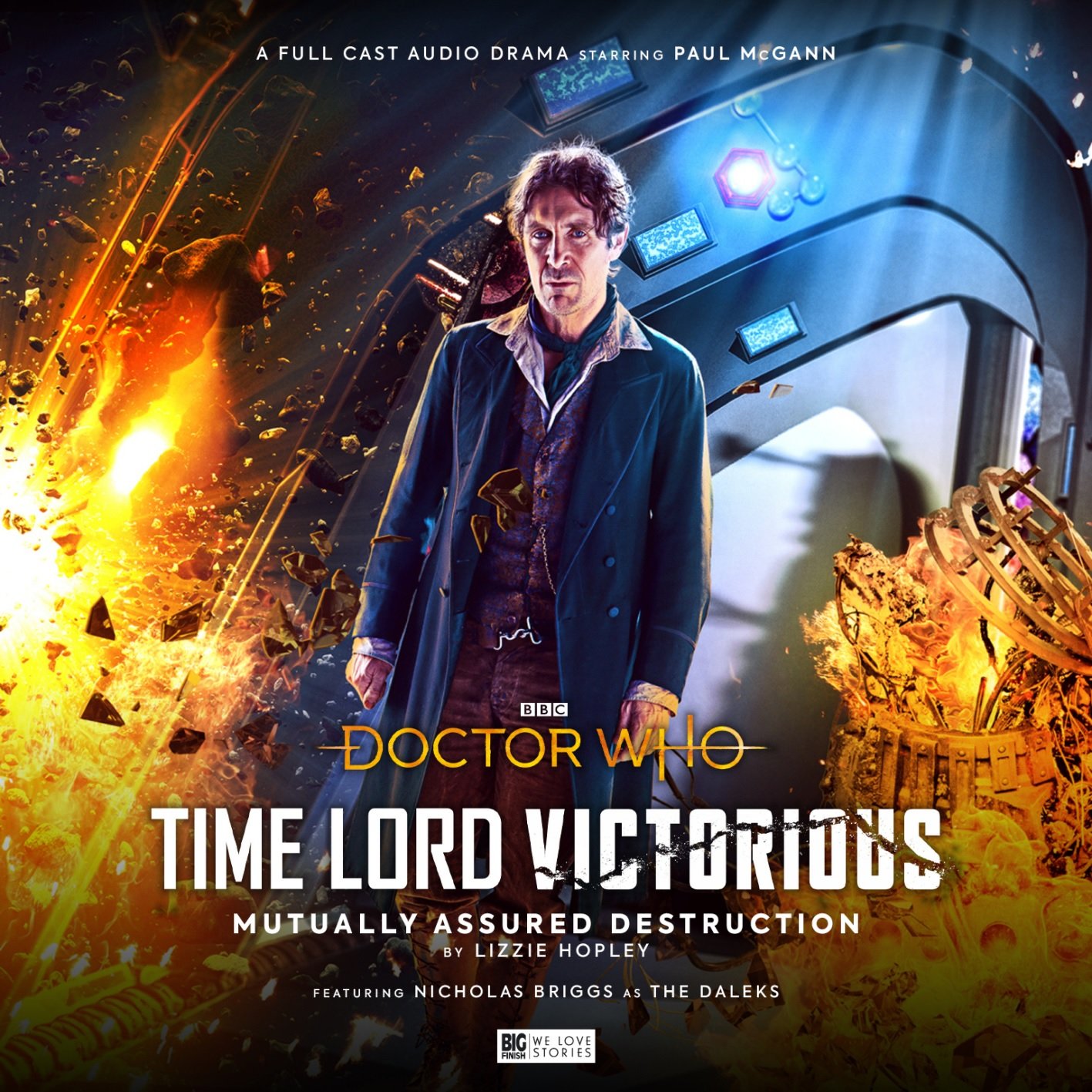 In the review for the second part of this Time Lord Victorious trilogy from Big Finish, it was mentioned that Paul McGann was at full sass as the Eighth Doctor. That was more like 80% sass. What he does in Mutually Assured Destruction, on a blazing Dalek Timeship, is actually full sass.

Oddly, even though it’s important to have listened to at least the preceding The Enemy of my Enemy to make sense of the dynamic between the Doctor and the Daleks in this release, particularly the ever-plotting and nefarious Dalek Strategist, this story begins some time after that one and leaves a lot of questions for at least the first half of the runtime. Yes, it’s a bundle of festive fun (it’s basically Die Hard on a spaceship), but it doesn’t truly make sense as a follow-up to the previous two stories until late on, and then ends on a scene that should lead straight into another story. Of course these gaps are there for a reason, and are explored in the Victorious event’s other mediums.

So you have to overlook the plot in some capacity to get the most out of this story, unless you’ve read the Victorious novels, and just focus on the Doctor versus the Daleks in a way rarely done before.

Throughout the story, there are explosions, dangerous live wires, zero-gravity situations – it’s all action. And the Doctor bounces around it all like he’s on a sugar rush. While he’s doing this, the leading Daleks – who are brilliantly written by Lizzie Hopley and played by Nicholas Briggs as distinct characters – bicker over who’s in charge of what in a situation that is getting out of their hands.

The powerplay between the Dalek Strategist, Scientist, and Executioner in particular is made advantage of by the Doctor, who punishes them by not only setting themselves up against each other but also pretty much willingly electrocuting one of them and ensuring one of the others gets jettisoned into space. He is a dark Doctor on the edge of the Time War here, but disguised as an all-singing, all-dancing do-gooder.

Some of the Doctor’s plans here are as funny as they are clever, building on the Christmas movie vibe, and just adds to his arrogance as the Daleks spend time debating their chain of command and getting paranoid rather than putting a stop to his destructive interference as he looks for his TARDIS and a way out of the story.

The secondary plot element, after TARDIS-chasing on a collapsing Dalek ship, is thrown in halfway through and really doesn’t make sense for some time because little is done to build up to it. And to be honest, it’s far less interesting than the political disagreements going on among the Daleks as they get played for fools by the Doctor.

We eventually get some references to the outcome of the previous audio release, although the continuity is seemingly still heavy in what’s been going on in the Dark Times of the universe in other media, and the Dalek Strategist gets uncomfortably close to the Doctor once again. The only other humanoid characters in this tale mirror the Doctor and the Daleks’ paths somewhat, and hint at how much darker the Doctor will become, but their involvement really merges with the Daleks’ presence as a ‘who’s going to blow up what to achieve their objectives’.

If you want a cast really enjoying themselves with a decent script then this is a good release, but it just doesn’t stack up well without knowing what happened between the second and third parts of this Big Finish trilogy. That’s no mark on the quality of Big Finish’s work; it’s more a side-effect of what happens when you try to make ambitious multi-platform content with several different companies straddling a single storyline. 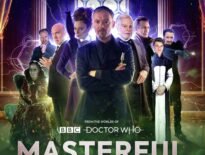 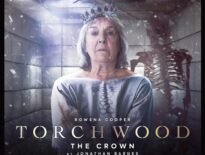