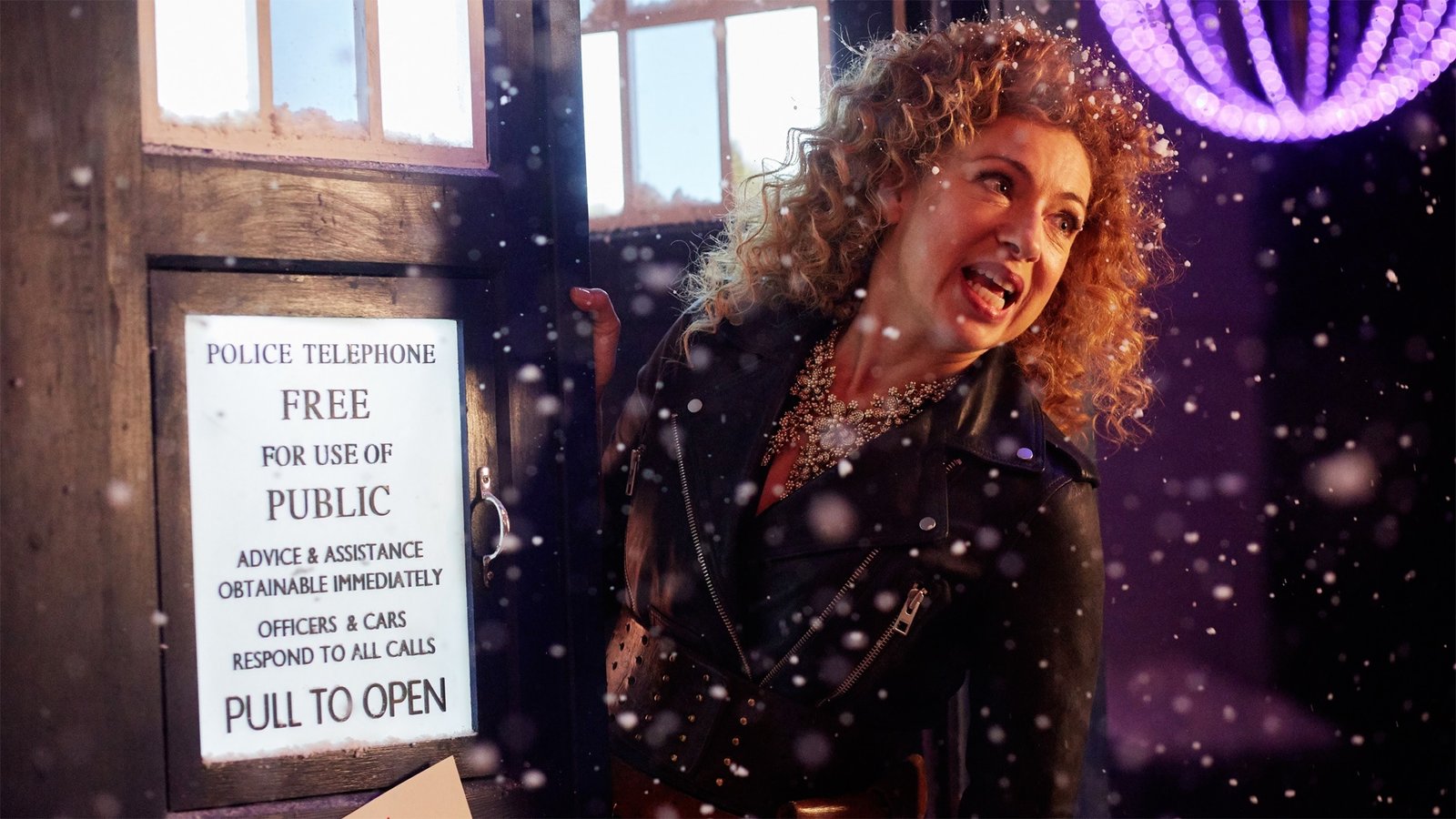 Big Finish has had River Song working her way back through the Doctor’s timeline (as well as the Master’s) since her entry into audio form, but there’s still a few incarnations to tick off her list. One of them is Christopher Eccleston’s Ninth Doctor.

With the arrival of Eccleston to Big Finish and his long-awaited return to the role of the Doctor, River Song actor Alex Kingston thinks it’s only a matter of time before they are in a recording studio (or a lockdown equivalent of) together. Kingston told a select group of press that included the Radio Times:

“It is such an incredible family, the Doctor Who family.

“And every time I work with somebody who has been the Doctor in the past I already feel like I’ve known them forever even though I’ve only just met them, because they have been the doctor and so there’s this immediate warmth and camaraderie and it’s wonderful.

“I mean obviously if you work on any long-running show you’re going to form a sort of a family group but the interesting thing with Doctor Who is that new people come in but they’re immediately family because of the characters that they play.”

So there you have it, River Song wants to meet the Ninth Doctor. But when could it happen?

According to other extended universe material that Kingston has lent her voice to, she has met that incarnation at least once so she definitely has knowledge of the face, and we have at least three Ninth Doctor boxsets on the way after the River Song-free Ravagers release that comes out in May.

Only Eccleston is on the cast list so far for those later boxsets, which as far as we’re aware are yet to enter production given the first one was recorded in mid-December and is for release in three months’ time.

With volume two bound for August, we could expect that to be in the recording booth in March, and with lockdown continuing until at least then, we can be confident Kingston will have some time in her schedule to record more with Big Finish if she gets the call to appear in the Ninth Doctor Adventures.

It’s not just Eccleston who is on Kingston’s wishlist to act alongside in the world of Doctor Who, as she wants to reunite with John Barrowman and Matt Smith too.

Smith played alongside Kingston as the Eleventh Doctor on television, in what was the most explored of River Song’s relationships with the Time Lord, and she wants the 38-year-old to follow Eccleston into the Big Finish booths to make his return as the Doctor.

And once again, she thinks it’s a case of ‘when’ rather than ‘if’.

“It will be lovely to get Matt Smith on board,” she said. “I’m sure at some point he will come on board.”

Barrowman has recently appeared on television screens again as Captain Jack Harkness in Revolution of the Daleks, and actually got to meet River Song last year for the first time (and then many times more) in Big Finish’s The Lives of Captain Jack story, R&J.

The events of that audio drama can’t be spoiled, but it’s no surprise that two of the universe’s biggest flirts have an attention-grabbing dynamic, and one that Kingston wants to transfer onto screen.

“I’ve done a [Big Finish] audio episode with John Barrowman but he wasn’t physically in the room with me,” she added in her Radio Times chat. “So I would love to do another adventure with Captain Jack, and I would actually love to do one on-screen with John.”

With Torchwood’s seventh series still long in the works with Big Finish, there’s an avenue for a reunion there, and of course in Captain Jack and River Song’s own audio ranges.

Lockdown has made recording Doctor Who for the telly harder than ever though, having already reduced the length of the upcoming Series 13, so it will be difficult to bring in these two guest stars again… although our spies have seen Barrowman in Cardiff again recently at Ianto’s Shrine. No sign of a woman with hair as large as a planet though. 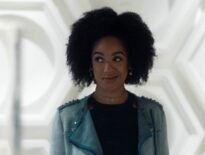 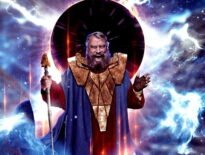