For this week’s freebie giveaway, Big Finish is letting fans download two Doctor Who stories – An Eye for Murder and The Word Lord!

As previously announced, while the UK remains in lockdown, Big Finish is releasing free downloads of full-cast audio dramas – or #lockdownloads – for a limited time. Every Monday, a new story (or episode from a box set collection) can be downloaded for free exclusively from Big Finish.

An Eye for Murder by Una McCormack is a complete Sixth Doctor (Colin Baker) and Peri (Nicola Bryant) historical adventure was originally released in July 2014 as part of the Breaking Bubbles and Other Stories anthology. Here’s the synopsis:

The year is 1939, and a case of poison pen letters at St Ursula’s College threatens to change the course of the Second World War. Fortunately, thriller writer Miss Sarah Perry is on hand to investigate…

First released in November 2008 as part of the anniversary anthology Forty-Five, The Word Lord by Steven Hall finds the Seventh Doctor (Sylvester McCoy), Ace (Sophie Aldred), and Hex (Philip Olivier) beneath the ice for a frosty encounter with an eerily nonchalant villain. Here’s what to expect:

In a top-secret military bunker deep beneath the Antarctic ice, a mysterious death threatens peace negotiations and could spell disaster for the inhabitants of Earth. Can the Doctor cross the t’s and dot the i’s? Or will his efforts get lost in translation?

All the above offers can be accessed at the Big Finish Weekly Deals page and must end at 23:59 on 14th March 2021. 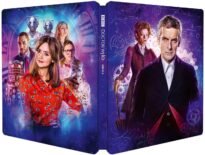 Merchandise Doctor Who Series 8 to be Released on Steelbook Ne… 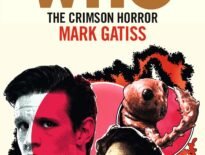