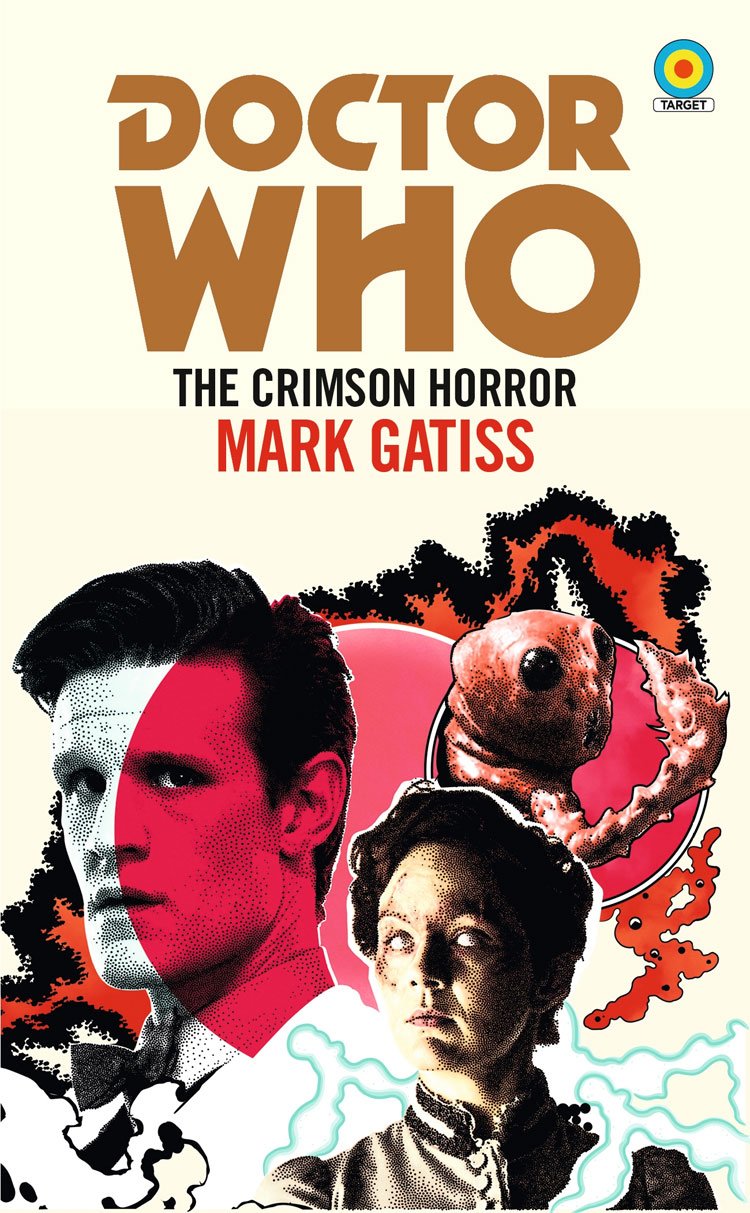 There’s an exchange in the middle of The Crimson Horror which occurred, I’m convinced, as the result of a bet. It happens when Dan Starkey gets lost somewhere in or near Bradford, his horse coming to a halt so near and yet so far from the sinister gated community to which he’s headed. In the end, he’s given improbably precise directions by a young boy who introduces himself as Thomas Thomas. And as the diminutive warrior drives his cart away down the road, you can almost picture Mark Gatiss lingering in the background, rubbing his hands with glee, jubilant in the knowledge that Steven Moffat owes him twenty quid.

It’s the sort of gag that sets the tone for the entire episode – flippant, surreal, and purposely anachronistic – although it should also serve as a warning. Because an unleashed Gatiss is like a child in a sweet shop (or a Sontaran, but we’ll get to that): you’ll be amused, but things very swiftly spiral out of control. This isn’t a bad thing. Doctor Who is rarely at its best when it’s diligently controlled, and always at its most interesting when it isn’t. Confusion reigns supreme, but if all else fails, you just hold tight and pretend it’s a plan.

In this novelisation of the Series 7 episode, it is the unleashed Gatiss who takes the reins, leading us through the dark underbelly of industrial Victoriana and Mrs Gillyflower’s plans for world domination with all the confidence of a debonaire gentleman. It’s basically Moonraker as directed by the local W.I., and as with all the most memorable excursions, it is the journey that matters as much as the destination: The Crimson Horror was a strange and madcap story but it is one that Gatiss is in no hurry to tell, opting instead to spend the first third of the book on a bizarre subquest, tied to the main narrative by the loosest of threads, in which the Doctor, Vastra, and Jenny become involved in a music hall version of The X-Factor. There is no sign of Jago and Litefoot or awkward yellowface conjurers (“Perhaps,” Gatiss sardonically quips, “the world isn’t quite ready for that one”) – but there is a novelty act called Pete and his Tongs, and there are three familiar-looking judges, one of whom is hiding a dark secret. I’ll leave it to you to guess which.

It’s a bizarre beginning, but it’s tremendously entertaining, and stays just the right side of self-indulgent. It also serves as a brief introduction to Mrs Gillyflower, played with memorable steeliness onscreen by Dame Diana Rigg, and first seen properly here seated at her organ, “a vision in black bombazine, bony fingers scuttling like white crabs over the yellowing keys”. There are signs that there’s more going on than we really have time to read about, but much of this is skirted over, presumably in deference to a planned spin-off. Either way, next thing we know, Mrs G is off dunking her chosen few in red venom and bottling them like acid drops, while the great chimney of the Sweetville factory sits silent and unsmoking, waiting for its big moment.

On screen, The Crimson Horror was borderline Doctor-lite: in book form, Gatiss jumps between first and third person like Mario hopping between floating blocks, employing a variety of narrators. It is maid and, um, lesbian wife Jenny who gets the lion’s share, and when she’s not being “all authory” (a euphemism for stylistic inconsistencies), we’re granted a few insights into her personality and a barely contained sense of jealousy at her employer’s wandering eye – that being said this is a Target novel, and Gatiss keeps his tone light, with Jenny’s sexuality (and the bigotry it undoubtedly spawned) reduced to a childhood observation that she was “a bit different”. There but for the grace of God, and all that.

Other voices have their say, and sometimes they almost feel like they’re jostling for attention. Still, the shift in perspective never becomes confusing or irritating: it’s simply the author’s way of ensuring we’re listening to the most appropriate character, as well as allowing Gatiss to have as much fun as he can, whether it’s describing luxuriant moustaches, examining the roots of Strax’s confectionery obsession or throwing in a Brexit gag. The Doctor’s chapter-long flashback, in particular, is crammed with in-jokes (his recollection of a scene from Enlightenment is a hoot), but there is some lovely illustrative prose here as well – particularly in the descriptions of Bradford, recollected as a hive of “soot-blackened washing that was strung across the low alleyways like sagging catgut”.

The story of The Crimson Horror was never going to be as interesting as the way it was told, and it is this realisation that makes the book as worthwhile – more so, even – than its TV counterpart. It’s all about not taking yourself too seriously: Gatiss has long been a target of both love and hate within the Doctor Who community, and he seems to have made peace with that fact, wallowing in seemingly deliberate anachronisms (the TV story generated some fuss when Mrs Gillyflower led her would-be recruits in a rendition of Jerusalem, some years before it was written; here insult is added to injury when she’s seen performing the 1906 version of To Be A Pilgrim), inserting sly jabs at the fandom, or gleefully inventing off-screen exploits (I can’t be the only one who’s desperate to see a dramatisation of ‘The Adventure of the Surgeon’s Elbow’). This is a thumping read – layered and varied, but above all else fun. Simple, unadulterated fun. Whatever Mrs Gillyflower’s concerns about moral decay, isn’t that the only thing that matters?

The Crimson Horror is available to buy now. 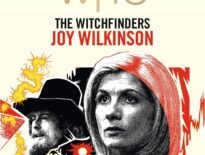 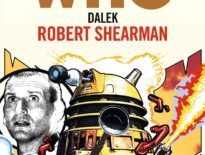