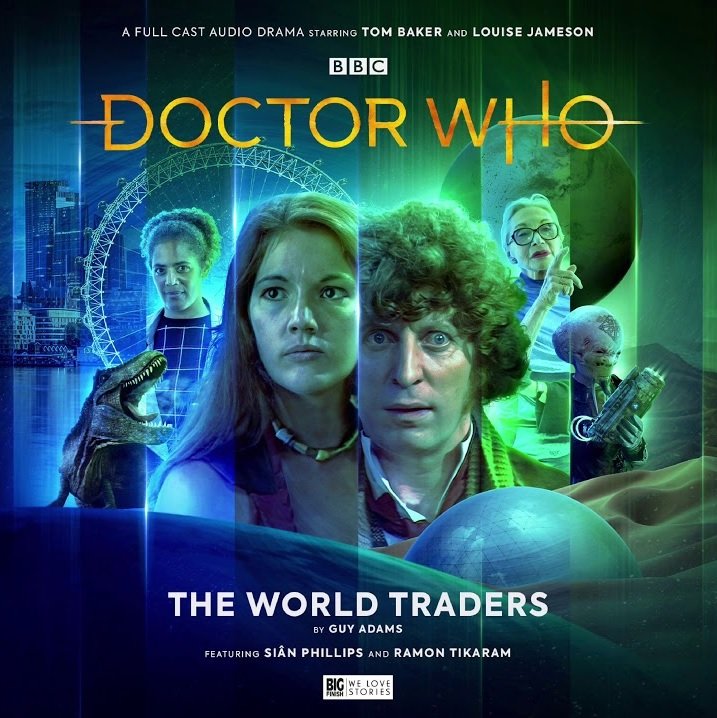 “You can’t fight a Renault Kangoo with a knife!”

The Doctor and Leela land in 21st Century London at the start of The World Traders, the opening story of the 10th series of Big Finish’s Fourth Doctor Adventures, and so begins a capitalist farce that fits right into the Robert Holmes era of Doctor Who.

Tom Baker is on top form from the off, delivering every quip with a love of life, which contrasts with much of the content of his remarks — bemoaning of waiting room times and first-world problems.

The primary source of his frustrations is that his TARDIS has been taken by the Amapan Investments company whose property he landed on, and the company clearly knows alien technology when it sees it.

As it turns out, the company’s land has diplomatic immunity of sorts, but to find out what the company is really up to the Doctor has to go the long way around and teams up with a journalist to gain access to Amapan in a not necessarily legal manner. Topics of debate include tax evasion and the all-hours reception music of city offices.

And at this point, you’re plunged almost into a 1970s surrealist comedy for the next 70 or so minutes. Well, actually you’re plunged into Robert Holmes-era Doctor Who, so in fact this is absolutely what you’d expect.

It may be a little late to mention this, but this story is definitely best served up and then enjoyed without reading the short ‘about’ section on the back of the CD casing on the Big Finish website, because otherwise you will spend a long time expecting a reveal, or even thinking you know what’s going on, rather than just going with the flow. Going even further than that, it’s perhaps best enjoyed if you haven’t consumed any Fourth Doctor media in a while, because this is like a sugar rush to the system and you don’t want to be already full before enjoying a treat.

The more violent aspects of Leela are utilised often here, and she’s split up from the Doctor so she can go off and do her thing with her knife (besides confronting a Renault Kangoo) without stern comments about violence not being the solution to all problems. Either way, there’s a strong level of trust between the pair throughout this story.

So much plot is packed into the opening episode, including the clever and quirky establishment of selling temporally transcendental property at marked-up price through a small ground print actually containing a huge amount of sellable space. You can see where the theft of the TARDIS would come in handy.

Then that idea is times-ed by itself, with the property space actually containing not only something far larger, but untarnished land from 60 million years ago. Amapan is selling off yesterday, today.

To make matters even crazier, it’s a business structure that’s got the all-clear from the modern British government, who casts a blind eye to Amapan claiming the Doctor as its own property too and torturing him via the price of company shares. Will there be people out there trading enough to keep him alive?

It’s absolute barmy, crazy, beyond capitalism style nonsense, and is total proof that nobody really understands how the economic systems of today work other than the richest of the richest. The company even sends its money back in time so it’s not loggable in the current tax year.  Love it. So many ideas, all crammed into episode one.

Without using actual corridors, it then takes on the running-through-corridors format using time travel and dinosaurs, with Baker and Louise Jameson on top, top form. We’ve got the American War of Independence, pineapple spies, androids, fridges, and even the power of a press release — as the Doctor and Leela ride away on a dinosaur!

The fun ends after episode two, within the story. If the set-up was the New Labour years where the United Kingdom seemed to be getting richer and happier, then The World Traders spins onto ‘too big to fail’ territory at it enters its next two episodes and we see the consequences of the manipulation done in the name of money that can’t even be touched.

The fall-out is really, really big here, but we’re still in a comedy so it’s not like having flashbacks to 2008, and the time chase elements that build in episode two just get even stronger and more layered as the plot rolls on. Maybe Steven Moffat would attempt a story like this, but even he would probably deliver a Great British Bake Off faux pas of having a narrative equivalent of a soggy bottom as more and more layers are added to the timey-wimey cake.

At one point, it looks like the consequences of corporate greed can’t be undone, but then you enter the final episode and it turns into a lark again while also still going heavy on the ‘but what if big business tried doing this?’ elements. On a modern budget – or a City of Death budget – this would have looked great on television, but the studio format wouldn’t have done it justice because of just how springy the action is. So having it as an audio drama seems like a solid place to have it instead, with the listener able to fill the gaps with their imagination.

The supporting cast are also top picks, with the legendary Sian Phillips playing the director of Apaman Investments and Sara Powell doing a good job as Emma Fremantle in the first half.

The Fourth Doctor Adventures: The World Shapers is out now from Big Finish, as a single release or in a set with The Day of the Comet. 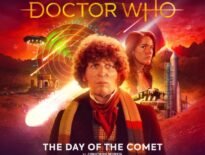